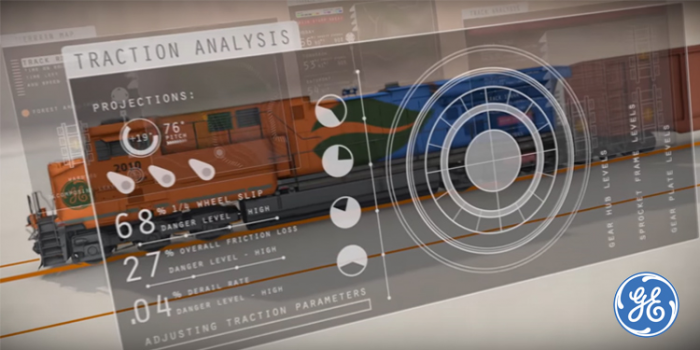 SEATTLE (Reuters) – General Electric said on Tuesday it has acquired two tech startups to build its artificial intelligence capability, a move that helps it compete with IBM's Watson product.

GE said the acquisitions of Bit Stew Systems and Wise.io will expand its Predix platform for industrial internet applications, which connects big machines such as power plants and aircraft engines to databases and analytical software. Terms of the deals weren't disclosed.

Bit Stew, based in Vancouver, B.C., is partly backed by GE's venture capital arm. It applies machine learning to large data sets associated with utilities, aviation, oil and gas production and manufacturing, according to the company's web site.

IBM's Watson business is among the better known artificial intelligence systems, which enable computers to perform intelligent actions such as recognizing voices and making decisions.

Additionally, GE has signed up U.S. energy utility Exelon Corp to use its full software set to analyze and manage power plants in 48 states, the largest GE deployment in the power sector so far, the companies said on Tuesday.

The Exelon deal, aimed at wringing greater efficiency from the business of generating electricity, marks another advance in GE's effort to lift annual digital technology revenue to $14 billion in 2020 from $5 billion in 2015, across its many industrial products.

It also is one of the three largest sales of GE's Predix industrial operating system so far. Exelon has nuclear, wind and fossil fuel-powered plants. The companies did not disclose the value of Exelon's five-year contract with GE.

Chicago-based Exelon will use GE's Predix software and applications across its 91 power plants, which produce 32,700 megawatts and supply more than 10 million customers, the companies said.

Exelon will also use GE software that analyzes the company's business performance and profitability, something NYPA didn't choose, GE said. GE and Exelon also agreed to work together on new Predix-based software applications.

GE's power business accounts for 40 percent of GE's digital revenue, said Bolze. About $400 million a year is produced by GE Power's software business, and that revenue is growing by 50 percent a year, he added.

Exelon's agreement follows four pilot projects over the past year and is GE's "first and largest IoT (internet of things) enterprise-wide deployment of Predix full-suite offerings anywhere in the world," Bolze said.

In another announcement, BP said on Tuesday it will use a new digital solution by GE designed to improve the efficiency and safety of its offshore oil platforms by predicting equipment breakdowns before they occur.

BP, one of the largest oil producers in the U.S. Gulf of Mexico, said GE's Plant Operations Advisor (POA) software should help it save more than $200 million annually from its deployment at up to 33 platforms globally.

The POA gathers data from various pieces of equipment on offshore platforms and processes it through GE's proprietary Predix software to inform BP engineers when a part may be near breaking down.

Terms of the BP-GE deal were not disclosed. The two companies started a partnership earlier this year with the goal of developing oilfield efficiency products

"This makes it much easier for people to act on the information and the data we already collect," said Ahmed Hashmi, head of upstream technology at BP.

BP estimates that using the GE software program will boost its efficiency by 2 percent to 4 percent.

For GE's part, executives are hoping the BP partnership will portend future opportunities across the oil industry, especially ahead of the company's merger of its oil and gas division with Baker Hughes.