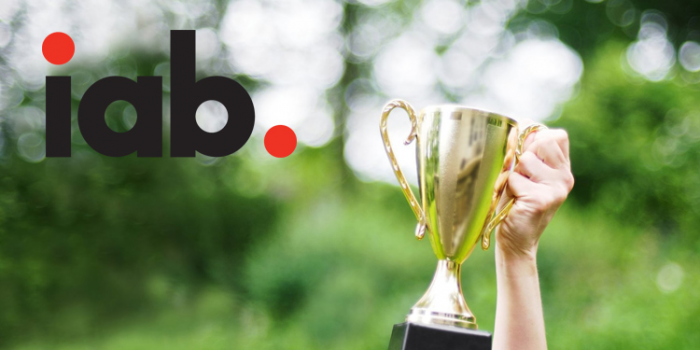 IAB (Interactive Advertising Bureau) and its Data Center of Excellence today announced the winners of the inaugural IAB Data Rockstar Awards, celebrating top industry leaders and practitioners who have demonstrated achievement in data science or technology.

The top finalists were selected by the IAB Data Center of Excellence Board of Directors and were evaluated based on demonstrated excellence, creativity or forward-thinking approaches to solving problems in data science, as well as the impact their contributions have made to their company or industry.

The five winners of the 2016 IAB Data Rockstar Awards include:

Chalasani developed a highly efficient, distributed, extreme-scale, single-pass online logistic regression learning system in Scala/Spark, using variants of Stochastic Gradient Descent, capable of handling hundreds of millions of sparse features and billions of training observations. His system incorporates a number of state-of-the-art techniques that do not exist together in any other machine learning system, including adaptive feature-scaling, adaptive gradients, feature-interactions and feature-hashing.

Chalasani work is central to MediaMath’s vision for every addressable interaction between a marketer and a consumer to be driven by Machine Learning  optimization against all available, relevant data at that moment, to maximize long-term marketer business outcomes. His innovative work on ad-measurement drove the release of MediaMath’s ad-measurement product.

Eng reshaped the definition of the role of an ad agency ad ops team and developed team of media tech experts who can consult, implement and manage all aspects of media operations.

Leger provides data-driven solutions for premium publishers and Fortune 100 brands. She took offline data to build a full match network to harvest and monetize the data to over 100 DSPs, trading desks and agencies.

In addition, Therani led the Allspark SAAS product. His key focus has been on developing state-of-art spatio-temporal models by fusing heterogeneous spatial data that can power future advertising and media management strategies for brands and publishers.

Wallach has transformed Epsilon’s digital data strategy since taking over the product, yielding growth in partnerships, end-client usage and overall revenues. In addition, he championed digital initiatives and cross-functional product development in partnership with the Epsilon offline data team.

“We have only begun to deliver on the promise of big data, and these award-winners are proof that talented and creative minds can lead the way to tapping into its benefits,” said Patrick Dolan, Executive Vice President and COO, IAB.

Dolan continued, “We recognize these individuals for their achievement and leadership in significantly shaping the direction of their businesses, as well as the digital media and marketing industry at-large. We look forward to seeing how they continue to innovate and positively influence the evolution of the data ecosystem.”

Nominations, submitted by peers and colleagues from companies ranging from data analytical platforms to marketing technology agencies, were accepted between May and September 2016.

The IAB Data Center of Excellence will begin a regular "Data Rockstar" spotlight series to raise awareness and visibility of great work being done by data industry practitioners. Visit the site to submit the names of up to three candidates for consideration.

Founded in 1996, the IAB is headquartered in New York City and has a West Coast office in San Francisco. It is comprised of more than 650 media and technology companies that are responsible for selling, delivering and optimizing digital advertising or marketing campaigns. Together, they account for 86 percent of online advertising in the U.S.