The World of Technology Is Changing - Can Companies Keep Up? 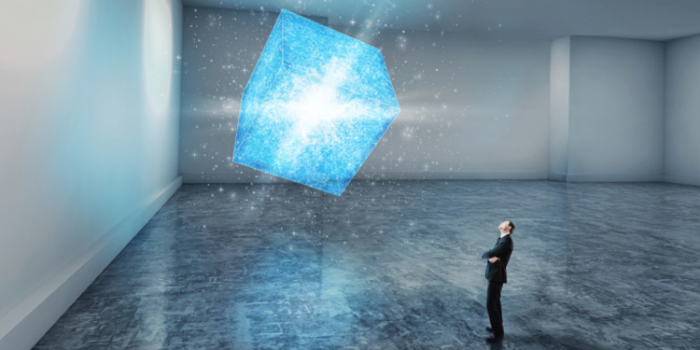 Computing power is advancing at exponential rates and causing acceleration in fields such as artificial intelligence, robotics, 3D printing, sensors and medicine.

Over the next 10 years, the global tech market will be redefined as people’s values and expectations evolve. The world is more integrated and connected than it has ever been. According to IT expert Dion Hinchcliffe, "Delivery platforms are shifting (mobility, cloud, social), communication and collaboration channels are being reinvented (Web, mobile, social), the consumer world of technology is driving innovation and data is opening up and exploding out of the proliferating apps, devices and sensors that organizations are deploying or are connecting to."

Witness how smartphones and social media have come out of nowhere in the past seven years and changed the way we interact and communicate. Managers and executives, mostly on the business side, are typically pushing for:

From the arrival of the smartphone and the phenomenal growth of apps, to the heady worldwide popularity of social media, technology in the last couple of decades has reached amazing new heights. Redefining business processes, reaching new customers and sharing information between departments is now easier than ever before.

A few weeks ago I was listening to a webinar about a new book by Steve Case titled "The Third Wave: An Entrepreneur's Vision of the Future." We are entering, as Case explains, a new paradigm called the “Third Wave” of the Internet. The first wave saw AOL and other companies lay the foundation for consumers to connect to the Internet. The second wave saw companies like Google and Facebook build on top of the Internet to create search and social networking capabilities, while apps like Snapchat and Instagram leverage the smartphone revolution.

Now, Case argues, we’re entering the Third Wave: a period in which entrepreneurs will vastly transform major “real world” sectors like health, education, transportation, energy and food – and in the process change the way we live our daily lives. But success in the Third Wave will require a different skill set, and Case outlines the path forward.

I thought that was a great move which is very much needed.

For industries to really put existing tools and new technology to work, there will have to be a new wave to change how industries implement new technologies. Over the past year, several countries have understood the importance of IT initiatives to empower people in areas relating to health, education, labour and employment, ecommerce, etc.

Let us look at some important things that require transformation and a paradigm shift:

First, it was the coffeeshop era of Wi-Fi, which meant that the Internet was beginning to follow us out the door and into the world. Amazon first released EC2, and while computers and tablets have made their way into classrooms across the country, there hasn't been a major shift in how teachers teach.

Today, many others have the scope, opportunities and resources required to afford quality education, but human behavior has to adapt for any positive changes to be effective. Market conditions require significant change, and many organizations are using this driver as an opportunity to simplify their applications and data through rationalization and technology innovations such as cloud computing.

Second, I am not talking about software or the numerous apps, but I am stressing healthcare. It's about how you interact and work with doctors and hospitals; it is about what makes you think you can successfully change and deliver healthcare in a more convenient and greater ease. For instance in healthcare, chronic diseases like diabetes and heart disease can be managed effectively with the help of advanced technology, which can also be used to manage and provide more tailored healthcare to the individual consumer.

Third, which takes us to yet another important point – financial services. There is a massive shift amongst the consumers that startups are reaching those that bigger banks don't reach. They are also trying to create an entirely new segment by identifying those with poor credit scores or no credit history at all. And banks will gain from many of the innovations. Square, for instance, is a system that makes it easier for small businesses to take card payments; it will boost banks’ transaction volumes.

Fourth, Microsoft is working on what could end up replacing the smartphone as the dominant way people access the Internet and connect to each other. Amazon first released EC2 to the market and is famous for pushing new services and adding features as the market expands and the product matures.

Fifth, competitive advantage will be created through data analytics, business models will be shaped by cloud and individual engagement will be powered by social technologies in a secure environment.

Sixth, the convergence of the Internet of Things, big data, cloud and mobility has created a radical shift in business. For example what will your data warehouse be replaced with in the future? Will it be open-source NoSQL technology like Hadoop or in-memory technologies like SAP HANA? Or some combination of the two? SAP wants its HANA platform to be the foundation of everything it does, whether it is with data analytics, IoT or app development.

Finally, business models will be shaped by analytics, data and the cloud. IoT is deeply tied in with the three to enable it and to improve solutions – the key goal is to make sure there is value to both customers and businesses. While it may still be seen as another buzzword at the moment, companies like SAP, Salesforce, Microsoft and Oracle are working to make sure that for businesses it is a reality.

Future technology in the next five years will have an impact on everything from mobile devices and applications to social networking, and companies should be ready for all these massive changes.

Moreover, connected things will generate entirely new data that leading organizations can analyze for data-driven decisions, operations and insights. They suggest the big trends will be in: media tablets, application and interfaces, social user experiences, app stores and marketplaces, the Internet, next-gen analytics, big data, in-memory computing and extremely low-energy servers, cloud computing. All these add up to interesting times to come.