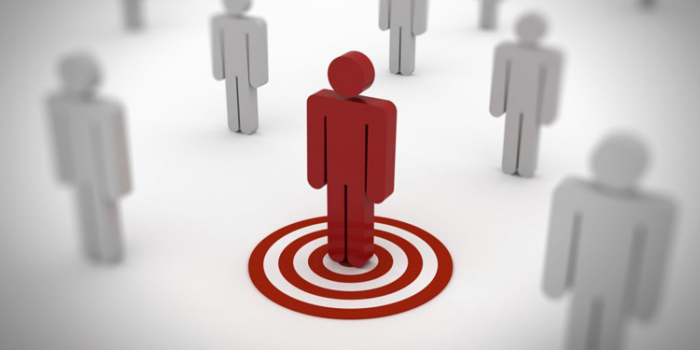 Prior to 2008, the phrase "Single Customer View" was so widely used – it was what the word “Big Data” in today’s vernacular has become – what’s the word – oh yes – overused.

To explain, Single Customer View was a way to consolidate data into a single customer model that brought in all sources of information, cleansed of spelling mistakes and last known addresses to be a clean, pristine indication of the customer that was either standing in front of you or who was logged into your portal.

Not only did the solution claim to tell you everything that was true about that mythical unicorn that was labeled "the perfect customer" – it was also promised to tell you all aspects of them, a 360° view – including family circles and social networks, possibly employment and where they live and play.

The official definition is an aggregated, consistent and holistic representation of the data known by an organization about its customers. This is supposed to give companies the ability to analyze past behavior in order to better target and personalize future customer interactions.

Let's pause there for a second and state that again:

Ability to analyze past behavior in order to better target and personalize future customer interactions.

I have done hundreds of Single Customer View implementations around the world that have achieved significant business value.

One in particular was for a high brand retail chain in South Africa in 2006. They were facing a high fraud around returned goods. And they were trying to track down how stolen goods were being returned for cash using fraudulent receipts.

The retail company wanted to implement a loyalty card program to link customers to transactions, but to do that, they needed to setup a Single Customer View implementation. And they had all the necessary components:

I was brought in as the international hot shot that had the reputation of being the hero fire fighter. But in fact, every consulting engagement I was involved with, it had nothing to do with me. Every team were all incredibly talented, but they were never told the big picture or the end goal for the business.

So my saying I teach my students, “Never program without profit – for your customer and you.”

Fast forward two weeks later, after we cut out all the fat of the ETL processes and discarded filling up a data model for fact tables that had no purpose, we had our Eureka moment when I came up with the idea to bring in employee data of the retail chain into the warehouse to see if anything matched.

All returned goods were coming from stores near the neighborhoods of employees and former employees. As we dug deeper, we looked at the forms these people would fill out when they returned product to get cash back, and miraculously, they would put their real information on it – name, address, phone number. The circle was complete – the fraudulent customer was the employee – Single Customer View gone good.

Go forward a decade, and the release of the new Samsung S7 mobile phone, I went to my mobile phone provider to see if I could upgrade because I had no contract and was paying month-to-month on calls and data.

The customer service representative had limited English, but that’s not his fault, that’s mine as I live in Hong Kong and should get better with my Cantonese. But the interaction was going okay. I got to play with the phone, see its functions and talk about call and data plans. Finally, it was time to do business.

“Let’s do this,” I said and pointed to the plan I was willing to sign and pay for the next two years.

The customer service representative started typing steadily on his terminal, and suddenly he stopped, “Sir, do you recognize this number?” And he took a pen, wrote it down and slid it over to me.

I glanced at it and realized it was my number with their competitor – nearly eight years ago. I had left them because they overcharged me 10,000 HKD for data roaming when I specifically asked for an international roaming package that they didn’t turn on. I offered to pay some of the bill but not all because it wasn’t my fault. They didn’t budge – so the beauty of capitalism – I left them and went to their competitor.

In the business, we call this “churn”.

The customer service representative shifted uncomfortably on his feet. “Well sir, apparently you owe 10,000 HKD on that account.”

“Huh? What does that have to do with us today?”

The customer service representative smiled and looked up, “Oh, we are now one company. We bought them. And we implemented a Big Data Single Customer View system.

I cringed when he used Big Data as an adjective.

I stood their quietly waiting for more explanation. But nothing came. “So what does that have to do with me? That was more than eight years ago. Why hasn’t someone contacted me before today?”

“I guess the system wasn’t aware.”

“But the system is aware now?” I asked, becoming impatient.

“Good for you,” I said but then went back to our business at hand, “So, will this cause a problem for getting the new Samsung S7.”

He shook his head profusely. “Absolutely not.” And then began to type like he was fighting with the keyboard.

A nearby printer began printing something and he asked if he could be excused and when he reappeared he had newly printed contract for me to sign. I looked on the desk and found a pen and got ready.

I looked at him in disbelief.

He smiled and said, “The phone is free of course.”

I suddenly hated both companies. Actually, they were merged now, so I could lazily just hate one.

I instantly thought about the pre-sales and executive sales team in a pitch session maybe years standing before with the executive management of this Hong Kong mobile phone company with Powerpoints of bar charts and pie charts being displayed – and how they sold this Single Customer View project:

“By linking accounts, forcing customers to pay outstanding bills from both companies will more than pay for any and all our software and consulting services. The ROI is 200%!”

Needless to say, I did not upgrade my phone that day. Instead, I went to Wan Chai Computer Center (in Hong Kong) and bought a brand new one in cash and kept my current plan. Both companies – now merged – lost a sale.

However, this mobile company could have used this situation as a huge tactical sales advantage to upsell and cross-sell.

If the customer service representative, when he told me I owed 10,000 Hong Kong Dollars and saw my angry reaction, could have said this:

“Tell you what. How about we give you bill amnesty with the previous company? We will waive the money owed because it’s beyond a seven-year statute of limitations. But we make your contract three years, and we will throw in a VR Gear. You still interested?’

I would have said yes.

Customers are not perfect. We make mistakes, especially over time. Although you want a Single Customer View of us, you need to create processes and analytics that factors in the “psychology of analytics”.

Creating a product or data field called “bill amnesty” that a customer service representative can use if a customer balks at paying old bills – keeps them happy and contented. You know how hard it is to implement? Create a new column that is yes or no – and if checked, it ignores the column of the previous balance owed. That is if you want to do it old school using your outdated data warehouse with five year old IT control processes – that in total would take two weeks to implement.

Or in a data lake, it would take one minute or less.

In the end, it was Big Data and Single Customer View coming together to trap me as a customer that made me feel – what’s the word – oh yes – used.