Analytics and Big Data - The Skeptics Versus the Enthusiasts 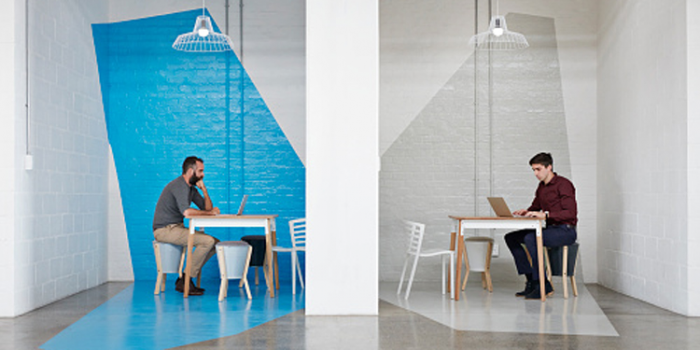 A quick quiz: What is a good nine- or 10-letter description of the emerging interest in business analytics and big data that ends in “-al”?

A choice that may come to mind for many is “hysterical.” This choice reflects frenzied excitement about opportunities for business analytics to solve problems often resulting from big data. Advocates – actually, enthusiasts – of analytics have become energized by the growing interest in the fields of business intelligence and data mining. But perhaps a less obvious choice of “skeptical” is an equally valid answer. Doubters and naysayers of business analytics believe the interest in these topics is overblown and misguided.

Where are the skeptics coming from?

I will probably exaggerate, but here is my take on the skeptics of analytics. They are likely to be over the age of 50. When they took a statistics course in college, many of them probably just wanted to pass with a “D” and get the course behind them.

When the skeptics’ careers were shaped, they did not have PlayStations, Nintendos or Xboxes – no video games at all. They did not have 150 channels on cable, satellite TV, video movies or DVDs. They had no surround-sound, no smartphones, no personal computers and no Internet.

During the skeptics’ early careers, they observed and participated in company firefighting. This was actually fun for them. It kept them busy. The assertive skeptics were continuously promoted to higher job positions because of their quick wit and intuition. These types of managers are not self-serving sycophants and political players (although some are). They are hard workers.

The older skeptics grew up watching television series like “Ozzie and Harriet” and “Leave It to Beaver.” At their offices – since most skeptics have been white-collar workers most of their careers – their co-workers and supervisors weren’t much different from Ozzie Nelson and Ward Cleaver, the fathers in those TV series. Ozzie and Ward shaped the skeptics’ values and attitudes of what the daily workday would be like. After a pleasant breakfast at home with the family, one headed to the office to shuffle papers, attend meetings and return missed phone calls (from handwritten secretary notes).

The career experiences of skeptics did not involve punctuated change and volatility as occurs in today’s sped-up world. However, it was not easy for them. Their organizations weren’t static and frozen in time. Occasional new products and services were developed, and new types of customers pursued. Some companies merged, divested and acquired other companies. So there were periods of transition following those events before the skeptics’ workweeks settled down to a normal pace. But just like after a passing storm, they eventually returned to shuffling papers, writing memos and attending meetings.

Skeptics were not free from solving problems or evaluating opportunities. Those are eternal tasks in anyone’s workday. What was different about the solutions developed when skeptics’ careers were shaped is the solutions just weren’t that elegant – they were like Swanson TV dinners, oven-baked in aluminum trays.

Skeptics’ reliance on buffers to protect against errors

Here is an example of problem-solving in manufacturing that the skeptics experienced: If a supplier’s shipment of component parts was going to be late, that was OK. The assembling manufacturer simply rescheduled their customers’ orders, and its shipment would likely be late to the distributor or retail store.

If this resulted in an out-of-stock shortage when customers wanted or needed the finished product, then their customer just dealt with it and made do. The reasoning was that sometimes it rains, and you don’t have an umbrella. And Murphy’s Law of the unexpected periodically sneaks up.

When skeptics’ careers were shaped, there were no crystal balls to predict the future. But they did not need them. In manufacturing, a forecast was somehow produced every month or so, and it was used to establish plans for determining what and how much inputs to buy (e.g. raw materials, component parts) and what types of resources to hire or purchase.

When skeptics’ careers were shaped, they survived using buffers to protect them from errors and missed delivery schedules. Buffers were the magic elixir that kept problems from becoming larger or more painful. There were three types of buffers that skeptics relied on related to time, flow and resources. They would start things earlier to buffer expected finish dates, build and stock extra inventory to buffer material shortages, and add more people and equipment to buffer capacity.

Let’s fast-forward to today. Skeptics recognize that the world has changed. It is much more volatile. But they still challenge the need to embrace deep or advanced analytics. When their careers were shaped they observed people measuring something with a micrometer, marking it with a piece of chalk and cutting it with a swinging ax. They behaved this way, too. Why be precise? Few organizations recognized the penalties and extra buffer-related expenses and investments that mitigated against imprecision and errors. Inefficiencies, long delivery lead times and temporary shortages were tolerated by both suppliers and their customers.

Where are the enthusiasts of analytics coming from?

Let’s look next at the opposite view – that of the analytical enthusiasts whose careers have been more recently shaped. Who are they? What is their profile? What is their enthusiasm – sometimes hysterically so – for embracing and deploying analytics?

Again, I will probably exaggerate to make my points, but here is my take on the enthusiasts: They are likely to be under the age of 40. When they took their university statistics courses, they had hand calculators and laptop computers. (Believe it or not, in my first two years in college, we only had slide rules. I graduated in engineering and operations research in 1971.)

These younger enthusiasts grew up watching MTV, “Friends” and “Seinfeld.” Their sense of humor is more wry and cynical compared to the skeptics. Their curiosity about how things work is probably comparable to the skeptics’ when they were the same age. However, the difference is the enthusiasts have much greater ability to investigate and analyze – and with more computing power and more functional software.

In the movie “Moneyball,” Brad Pitt plays the role of the Oakland Athletics baseball team general manager Billy Beane. Before Pitt fires the team’s head baseball scout, he says (paraphrasing), “OK. My turn. When you visit the homes of an aspiring young baseball player you tell his parents that he has a good chance of being a major league player, you don’t know. You don’t know.” He repeats that to make his point.

This also applies to organizations, especially where skeptics dominate. Skeptics may think they know, but do they really know?

Enthusiasts use analytics to replace buffers

Let’s revisit the example of manufacturing and distribution companies. As previously discussed, in the past the skeptics solved operational problems with buffers. But enthusiasts’ careers today have been shaped by buffers that must be paper-thin.

Buffers that the skeptics enjoyed to protect them from the impact of problems are too costly today. These costs and penalties include surplus inventory, excessively long production and delivery lead times, extra equipment capacity, poor customer service levels and more employees than are needed.

Analytics is reducing the size of and replacing the protective crutch of buffers. Today the enthusiasts for analytics are imaginative and visionary. Their thinking doesn’t stop with enterprise resource planning (ERP) systems, which can schedule part production and purchasing based on forecast product demand volume, supplier delivery rates and assembly lead times. Enthusiasts are far more imaginative than that – plus, they have the analytics and computing power to be creative.

What enthusiasts do is think forwardly with probabilistic what-if scenario analysis. They do not view product distribution in a supply chain as a linear tree, branch and leaf structure that sequences parts like elephants’ trunk-to-tails in a circus all the way from production to the customer.

Enthusiasts see opportunities in an integrated network of parts and products that exist or can be made anywhere. And they then perform iterative trade-off analysis of the interrelated variables in real time.

Enthusiasts know there are four interrelated variables that have complex interrelationships: customer service levels, lead times, demand volumes and unit costs. Since suppliers have measured and calibrated all of the processing times and consumption rates from recent past period data, they then know the relationships among all four variables.

The analytics enthusiasts’ vision is one where they start with a baseline case scenario projected into the future. (Most are already using advanced demand forecasting techniques.) They then perform what-if analysis. They change one of the variables – probabilistically – as the independent variable, and calculate the impact on the other three dependent variables. And then they change another variable – and so on.

This gives enthusiasts power to answer many questions, such as, “What is the additional inventory carrying cost if we want to improve service levels from 97 to 99 percent for our strategic customers?” These capabilities are no longer a dream or vision. They exist today.

Enthusiasts can win buy-in from the skeptics

Admittedly, my profiles of skeptics versus enthusiasts were exaggerated. They are not polar opposites but rather people residing along a continuum. But this does not remove the challenge of creating a culture for analytics.

My experience is that an effective way to drive change, overcome resistance and gain buy-in is through example. Enthusiasts can be role models. Lead by example. Demonstrate what can be done, and it will be done.