Is IoT Getting a Bad Rap? 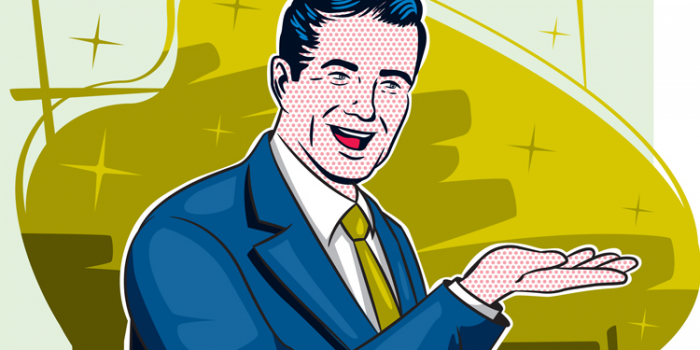 It would seem the Internet of Things (IoT) has gotten a bad name and an even worse reputation. It doesn’t take much of a Google search to discover the enormous speculation surrounding an IoT bubble.

What's more, the mainstream media is starting to treat IoT-focused developers and manufacturers like the snake oil salesmen of Silicon Valley. Everything from Internet-connected air fresheners to jump ropes have led IoT critics to label the Internet of Things, the Internet of Useless Things, which is an especially apt criticism for the RollScout – an Internet-connected toilet paper dispenser.

It doesn’t help that well-respected tech gurus like Steve Wozniak – co-founder of Apple – are drawing comparisons between the current IoT explosion and the 90s Dotcom disaster. Flamboyant and unnecessary IoT devices that have flooded the market are shifting focus away from the IoT’s actual value proposition – enterprise-level applications.

The IoT phenomenon will eventually create homes filled with automated services, but companies overeager to get to market have produced a slew of useless products, and these are the products most visible to consumers and the press. When Americans now think of the IoT, they think of a bunch of shiny doohickies that make for underwhelming last-minute birthday presents.

In his critique of the IoT, Wozniak references a “fountain pen” as a hypothetical example of the next useless smart device. Wozniak is speaking off the cuff, but he’s hitting on a real issue in the IoT sector: products that don’t benefit from Internet connectivity are increasingly coming online, and it’s because they’re the easiest and safest devices to connect.

There is little risk in building a toaster that can tell you how many Pop-Tarts you’ve eaten, but there’s also little to be gained. Automated toasters, coffee makers and fountain pens are the proverbial soap of the IoT bubble, and the media loves to cover these mostly useless inventions because they’re fodder for funny snippets.

Prior to his foray onto “The Late Show,” Stephen Colbert took time on “The Report” last year to run a scathing five-minute segment on the Vessyl – an IoT cup that “tracks your personal hydration needs.” Colbert was quick to critique one of the Vessyl’s primary selling points; it tells you what liquid you’ve just poured into the cup. Yup, just in case you forgot, the Vessyl can remind you that you’re drinking beer.

Media snippets like these abound, and Colbert’s coverage is emblematic of the popular approach to talking about IoT devices. But if a news outlet is discussing the IoT, and they aren’t talking about the latest dumb-smart product, they’re probably flashing warnings about the critical security threat posed by connecting our devices to the Internet.

Privacy and security concerns are icing on the cake for IoT critics. Headlines like “Always Connected, Always Vulnerable” and TED Talks entitled “All Your Devices Can Be Hacked” play on the concerns of a paranoid public. Sure, black hat hackers could steal your banking information, but why do that when they could be tinkering with your Internet-connected thermostat? I’m sure hackers would rather run up your energy bill and see you shiver in your overly air-conditioned home than steal your life savings! Sarcasm aside, the point is Internet-connected devices won’t be making us any more vulnerable than we already are.

The media coverage of Internet security issues acknowledges something true – Internet devices can be hacked – but it fails to acknowledge how incredibly reliant we already are on the Internet. And aside from a few snafus (sorry, Ashley Madison users), we’ve been fairly safe.

The security criticisms aimed at IoT devices are akin to saying that by having more airline flights, Americans are increasing the likelihood of terrorist attacks by plane. Intuitively, that seems to make sense. The problem is that regardless of the number of planes in the air, the same security precautions are being taken for every passenger. In absolute terms, more flights will probably lead to more security hacks and terrorist attacks, but that doesn’t mean more airports and planes are a bad thing – it just means that no security system is perfect.

The combination of mostly useless products and frantic concerns over possible IoT security threats is only annoying insofar as it makes companies – particularly companies unfamiliar with tech – reluctant to get connected.

A mid-2015, a McKinsey report predicted that effective use of the IoT could provide somewhere between $4 and $11 trillion dollars in global economic benefits in the year 2025. The report went on to explain that the enormous variance in that figure is the product of uncertainty surrounding adoption issues. If the oil, medical and agricultural sectors can effectively harness these tools, massive lifestyle improvements for nearly everyone can be accompanied by an economic boom. But this is a huge IF, because whether or not that promise is realized relies in part on media coverage.

Constant media condemnation of the IoT makes it difficult for technologically skittish industries to buy into the value of Internet connectivity. Plus, the industries that stand to benefit the most are heavily regulated by bureaucratic sectors with miles of red tape that have historically precluded innovation.

Popular skepticism toward the IoT can only decrease the chances of these industries getting connected and joining the 21st century. It helps to give tangible examples of some noteworthy potential applications of the IoT, so we know what we could be missing:

These are the real value adds of the IoT, yet discussions of these possibilities are drowned out by talk of the latest consumer gizmos and NCIS-inspired security threats.

To counter this prevailing perception problem, we need to stop seeing the IoT as a monolithic movement – there are separate spaces within the IoT. Drumming up fear in the enterprise sector of the IoT over concerns about shoddy IoT consumer goods is silly – it would be like worrying about a bubble in the personal vehicle market, because the sales of million-dollar yachts were unsustainably high.

Consumer goods are certainly part of the IoT market, but they get an undue amount of media attention. Smart fountain pens probably shouldn’t have a place in our future, but smart pacemakers probably should.

We cannot let skepticism toward the consumer IoT market preclude investors and developers from working on the more economically promising and potentially life-saving applications of Internet-connected devices.

The Internet will eventually make its way into almost all aspects of our lives. Until then, it’s important that we maintain perspective on the market, avoid petty media distractions and prioritize the sectors where connectivity offers the greatest promise of meaningful change.