Big Software Trends You Should Know 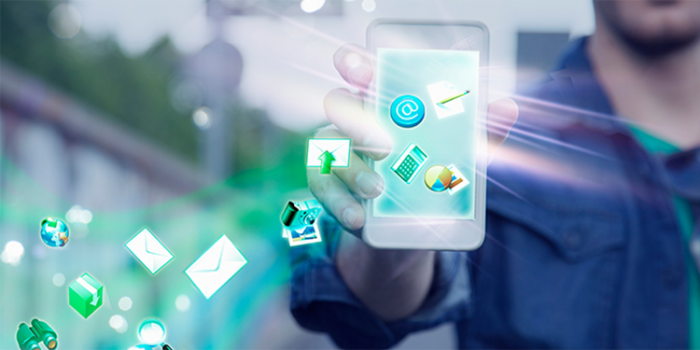 A whole new world is happening all over. Ten years ago, there were no smartphones. People used to hang around coffee joints or favorite places to get their Wi-Fi, which meant that the Internet was just beginning to penetrate and follow us into the world.

You have a choice of maps, and with Internet technology, you can even get a street-level view with the push of a button. Then we saw the emergence of augmented reality – where illustrations and data overlay the actual world around you. Then came speech. Instead of email, chat or text, everything will have to be verbally transcribed via speech.

In the meantime, interestingly enough, computers have gotten smaller and closer to our faces. First, we saw them in big rooms sitting on desktops, then sitting on our laps and now, they're perched in our palms as smartphones and tablets. Next, they'll be right on our faces.

The smartphone era will soon be over and replaced by the era of artificial intelligence.

Global movements and your own apps

Global movements such as Bring Your Own Device (BYOD) and consumerization of IT and mobility are drastically changing the capabilities of employees and their expectations of a workspace.

Building your own apps is the ideal way to mitigate the risk of BYOD. An organization can provide those that only allow the user to access what they need. The enterprise’s concern is the data; the employee’s concern is the device.

In the IT security world, we care about both. Now that most organizations have started adopting BYOD in some form, it is not just personal iPads and laptops that users are bringing into the office; they are using the consumer apps available in their personal device for work purpose, too, which leads to the next wave in mobility.

In the very near future, BYOD won’t be a trend but a norm no one will think twice about.

The emergence of big data

Big data holds out the alluring promise of competitive advantages to companies that can use it to unlock secrets about customers, website usage and other key elements of their business operations. Big data now streams from daily life – from phones, credit cards, televisions and computers; from the infrastructure of cities; from sensor-equipped buildings, trains, buses, planes, bridges and factories.

It's estimated that 43 trillion gigabytes of new data will be created by the year 2020.

How cloud computing is transforming the role of IT

Market conditions require significant change, and many organizations are using this driver as an opportunity to simplify their applications and data through rationalization and technology innovations such as cloud computing.

According to software company NorthBay Solutions, cloud is defined as any cloud service where consumers are able to access software applications over the Internet. The applications are hosted in “the cloud” and can be used for a wide range of tasks for both individuals and organizations. Google, Twitter, Facebook and Flickr are all examples of SaaS, with users able to access the services via any Internet-enabled device. Cloud is also the fastest growing because it keeps pace with emerging and future business models than on-premise systems, the majority of which were designed for business models of the past.

The next step, moving towards virtual workspaces, can make organizations far more agile but only if those responsible for the employees’ IT (and in effect, productivity) understand the relationship employees have with their devices and how these change throughout the day based on their personal preference – be it a smartphone for the train, a tablet device for a client meeting or a laptop for remote working at home.

Millions of sensitive IT services exposed to the Internet

Moreover, the Internet is becoming essential for nearly everybody as it is one of the newest and most forward-looking media and surely "the" medium of the future. Author and research director
Vivek Wadhwa says these advances –in fields such as robotics, AI, computing, synthetic biology, 3D printing, medicine, and nanomaterials – are making it possible for small teams to do what was once possible only for governments and large corporations: solve the grand challenges in education, water, food, shelter, health and security.

Today, technology is moving faster than ever. Advances that took decades, sometime centuries, such as the development of telephones, airplanes and the first computers, now happen in years.

The macro trends that have changed the playing field in the past 10 years are:

An even bigger trend ahead will be the Internet of Things that will extend information technology into every aspect of our lives.

IT has become more agile and responsive to the needs of the business. While cloud was considered hype just a few years ago, the cloud in its many forms (private, public and hybrid) is transforming IT into a service model. IT leaders who embraced these changes have been able to do more with less and have proven their strategic value.

Transformative technology exists for the healthcare and financial services industries, as well as education. The ubiquity of network connectivity and the proliferation of smart devices, such as sensors, signs, phones, tablets, lights and drones, have created platforms upon which every enterprise can innovate.

In the past few years, we have seen countless innovations that improve our daily lives, also. From Internet technology to finance to genetics and beyond. We have seen technologies such as mobile, social media, smartphones, big data, predictive analytics and cloud, among others, which are fundamentally different than the preceding IT-based technologies.

American technologist Bran Ferren says that, according to Steve Jobs, the iPhone was originally a tablet project. Partway through the R&D process, he said, “Hmm, we can make a phone out of this.” After the launch, many people rewrote history and said that the purpose of the iPhone was to reinvent the future of telephony.

Advances in science and technology have changed the way we communicate and altered our thought processes, exchanging of views, understanding of the way we relate to one another and notions about what it means to reinvent the future.

Perhaps one day you too will be part of reinventing something which is new, timely, relevant and useful.