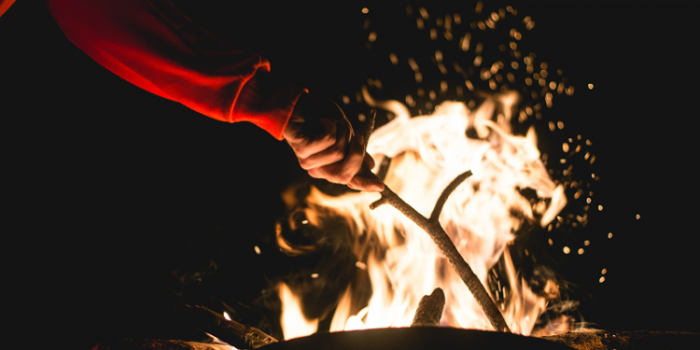 “Film is just a different version of what we did round the campfire when we were Neanderthals. We tell stories so people can learn things and relativise things.”

Analysis of burned antelope bones from caves in Swartkrans, South Africa confirms that Australopithecus robustus and Homo erectus built campfires roughly 1.6 million years ago. Nearby evidence within the Wonderwerk Cave, at the edge of Kalahari Desert, has been called the oldest known controlled fire.

These earlier ancestors probably didn’t even start the fire. The flames were likely ignited by lightning and carried by hand to the mouth of the cave.

It was also here and the Apollo 11 cave that the first-ever cave drawings were discovered. What were prehistoric humans trying to convey? 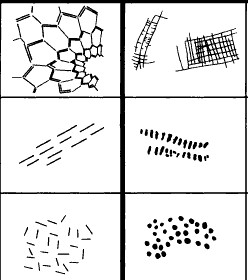 There is a ‘shamanism hypothesis’ that cave art was the result of a spiritual journey. ‘Spirtual journey’ by loose definition is shamen experimenting with natural drugs and believing they are travelling to another realm.

However, a more practical explanation is that it was simply a prehistoric pattern seeking.

Cave art was a way for prehistoric man to keep track of a changing climate and to record species seen before and preserving the knowledge of them for when they returned. This, he believed, explained why many images showed twisted feet (to record what tracks they made).

Because they want to know names, faces and who the consumer is and wants to be, more and more public relations, entertainment and media firms are building analytical “campfire” rooms.

Cave Art in the Modern Age

In the past, content providers and advertisers were simply sent a report portal or a PDF document of PowerPoints that discussed who these people are. Leading this were data journalists. But now this form of data journalism is moving beyond business intelligence reporting of pie charts, bar charts and extending to emotional persuasion to build ‘affinity’ with audiences.

Analytics must expose an emotional core to those who you want to serve content. It also requires an intimate peeling back of layers to see that these persons are more than numbers. This person-to-person data storytelling for content creators and advertisers follows a similar five step ‘spiritual journey’ (without the need to get high):

The beauty of caves is the acoustics. They amplify whispers and make noise sound like thunderclaps. And as a kid growing up, I loved to bounce my own voice to hear what I sounded like. In prehistoric times, echoes might have functioned as a way to remind our ancestors that they were alive. They were real.

The same can be said in today’s digital age. If your content makes an impact or creates a bond with an audience, more than the artifacts they create, they will also create their data stories if you empower them.

I like to entitle this as a new generational trend called “The Analytics of Me,” where if empowered, consumers will tell you what you want to know. You don’t have to hire data scientists to work in secret, dark server rooms. Show the consumer what you know about them and give the tools to create and share insights about themselves.

Guess what? They will do it.

That’s when the miracle happens.

The audience will do the hard work: transform cardinality into humanity. What humans have been doing since the dawn of recorded time.