Lights, Camera, Analytics! Part 3 - To Binge or to Banter, That Is the Question 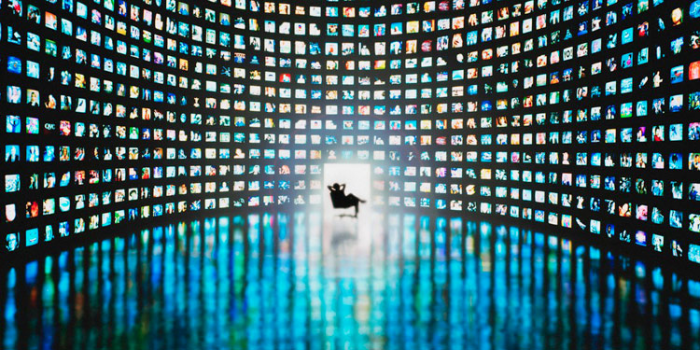 “And nature must obey necessity.”

In his book, “The Signal and the Noise: Why So Many Predictions Fail – But Some Don’t,” Nate Silver said:

“Shakespeare's plays often turn on the idea of fate, as much drama does. What makes them so tragic is the gap between what his characters might like to accomplish and what fate provides them.”

How are digital media and entertainment companies using generational gaps to determine what causes more noise than signal around digital content?

Or better simplified – who is louder? Is it those that binge or those who banter which has cause the most fate versus accomplishment?

The first play we know of that was performed at Shakespeare's famous playhouse was Julius Caesar in 1599 when a Swiss tourist Thomas Platter recorded in his diary that on September the 21st "We witnessed an excellent performance of the tragedy of the first Emperor Julius Caesar" and was said to be performed by some 15 actors.

How did Thomas Platter know about Shakespeare’s first play?

Shakespeare and other theatre companies of the day would sometimes use flyers and posters to advertise. The ads could list some or all of the pertinent information: the name of the play, the name of the acting company, theatre and the author.

But normally plays were advertised by using flags.

Since plays were performed daily with a different play every day, theatres needed a quick way to advertise what was to be shown that afternoon. Flags were were flown above the theatres on the day of the performance. Sometimes the flags displayed a picture advertising the next play to be performed – such as the Lord Chamberlain’s Men flew a flag with Hercules carrying a Globe on his shoulders to announce the imminent performance of Shakespeare’s play Julius Caesar. Color coding of the flags was also used to advertise the type of play to be performed: a black flag meant a tragedy, white meant a comedy and red meant a history.

This has created four types of digital audiences:

Sometimes this build up in demand causes unexpected results, especially when trying to restrict or throttle content to specific regional demographics.

Netflix missed a golden opportunity to lock a loyal subscriber base when it moved to Asia-Pacific.

Netflix had the chance to drastically curb illegal streaming of their shows by attracting an audience who was willing to subscribe to their service. As “House of Cards” Season 4 was being marketed to release and coincide with the launch of Netflix in Asia-Pacific, many felt betrayed when they paid for the subscription thinking they could be the first to watch “House of Cards” Season 4 but was restricted from watching it.

Then some of those who subscribed, unsubscribed, and they went back to watching illegal streaming sites or configured proxies or VPNs to pretend to be in the U.S. or Europe to watch.

To add insult to injury, Netflix restricted the use of VPNs and that also forced those who were willing to pay U.S. subscriptions to quit altogether and rely on illegal streaming.

Instead, Netflix worked out local cable deals with Greater China entertainment companies to release “House of Cards” Season 4 in a weekly release schedule.

But most of the potential audiences just went online and found pirated sites.

The fate and noise for Asia-Pacific was more about the “bait and switch” around marketing for Netflix into Asia-Pacific and not showing “House of Cards” than it was about the season itself.

Between each episode of HBO’s “Game of Thrones” comes a flurry of social media activity to banter about what transpired. This season six has all been about the resurrection of – spoiler alert – Jon Snow and the memes such as “Crows before Hoes” or “Schroedinger’s Snow Both Alive and Dead In Season 6.”

Some companies even allowed half day work holidays for Game of Thrones watching parties.

The biggest issue was the glut of subscriber hours and minutes for the debut of the season that caused a lot of viewers to complain online around HBO NOW online streaming service customer service.

So between binge watching and banter, does one create a higher sense of accomplishment and signal?

Before you remove the non-regional bingers and release unsubscribers – maybe the underground and illegal nature of sharing content that is not theirs actually attracts viewers that normally would not tune in.

When you give a season or two away to get a viewer addicted, if they love the content, they are more likely to pay for a brand spanking new season as it’s too complicated or they are too impatient to wait for unsubscribers to make it available.

Lets look at the generational gaps of the audiences who binge and banter.

Generation X Was Born To Banter

I am part of Generation X and spent the summer of 1980 asking, “Who shot JR?” because of the television series show “Dallas”. I remember being a pre-teen and re-enacting the scene over and over with friends in my neighborhood. I also remember sitting around the dinner table with my mom and dad discussing our own ideas of who shot JR Ewing. The show infiltrated our lives and became a talking point. JR Ewing was like that uncle you hated but couldn’t stop yourself from dishing the gossip on.

I was also the one who feverishly read through my VCR user’s manual to figure out how to record my favorite television show “Moonlighting” on Tuesdays at 8 p.m. in 1986 when they had a new episode. “Moonlighting,” which launched Bruce Willis’ career, was notorious for being the longest script in hourly television show history. It was such a long script that new episodes were often delayed and it suffered from too many repeats. But the viewer audience was so strong, that viewers did whatever it took when a new episode came out. But if fate had other plans such as working late or a school function, we relied on the LED extravaganza of VCR programming technology to record it. And often it failed us.

Millennials Were Born To Binge

My first binge show was just after September 11, watching Kiefer Sutherland in Season One of “24”. I was in my twenties and living in Europe at the height of fear of terrorist attacks and American warmongering. I remember being completely and utterly exhausted after watching nonstop 24 one-hour episodes only to see Jack Bauer’s – spoiler alert – wife get killed.

My second binge show was HBO’s “Entourage” in my thirties. I watched season one, two and three in a row during the evenings or on flights while criss-crossing Asia-Pacific doing analytics work. When I got back to the office, I would go out on Friday nights for beers to discuss the seasons with my best friend Deepak Ramanathan who also loved the show. We created inside jokes that were directly linked to “Entourage” and used it as talking points with other friends and customers.

For both binge sessions, I was handed a hard drive that had all episodes already downloaded. I was incredibly impressed how, time and again, media companies would shut down pirating sites only for my fellow Millennials to find new sites to pull down the content. No technology restriction prohibited them from watching the content they wanted to watch.

Generation Z Was Born To Meme

Memes and hashtags are the fusion of two generations – Generation X and Millennials in how people banter about consumed content.

Generation Z has become more snarky and use the digital content itself to show people how they feel, their hopes, their dreams and their differences with others.

It’s a perfect evolution from those of my generation who were told by entertainment companies when, where and how to consume media.

It’s a break from the Millennials who were the technology pirates and fought the system to get what they wanted.

Generation Z has embraced both the technology and content to become digital creatives. The outcome is the equivalent to the Dewey Decimal System of our lives.

Generation Z has indexed us all based on memes, abbreviations, slang and emoticons.

So the question is not about who is gives a stronger indication to audience – those who spend two days watching a series without bathing or shaving or those who wait impatiently each week speculating about what will happen when the next episode drops.

It’s about those who are impacted by the content so much that they themselves create content around it.

In the past, flags were raised to draw the audiences to the theaters.

In today’s age, we are the ones making and raising them.

Data science is now focusing on how to read and interpret the flags.

“In nature’s infinite book of secrecy; a little I can read.”