Lights, Camera, Analytics! Part 2 - The Space between Toy Unboxing and the Skip Button 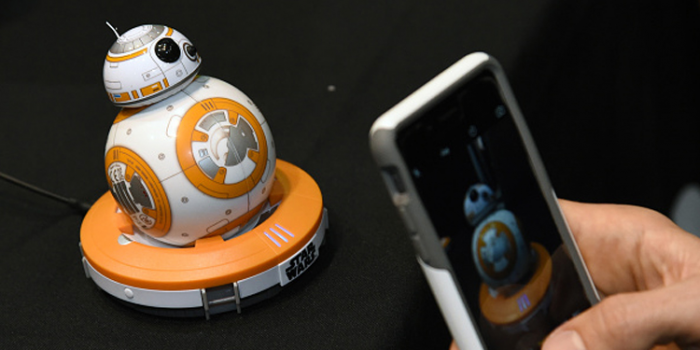 Toy unboxing is making millionaires. The feeling of waking up on Christmas morning and unwrapping gifts and recording them on YouTube is a huge money-making bonanza.

According to Bloomberg, DisneyCollectorBR registered 380 million monthly views and took in $4.8 million last year. This is not an American phenomenon only. In the Philippines, with the launch of ABS-CBN's Chicken Pork Adobo YouTube channel, KidsToys has racked up 122 million views for one video – an unboxing of the Baby Alive Doll.

It is also creating a captive audience.

Advertisers are not upset that you are hitting the skip button – they want to give you an option. But if the advertiser did their job, they would have put an advertisement that would have you hooked past the skip. The key here is finding relevance.

So data science is looking at the space between the ad and the content. The question becomes how to create an affinity between a consumer and a viewer and make them the same person.

Often, the consumer that the ad is focused on is not the viewer who is about to view content during the pre-roll.

Why does this happen?

One explanation is to blame the viewer.

The simplest and easiest way to get ads that you might enjoy is by – wait for it – watching ads. The ads you do view are logged to your profile and allow advertisers to stop wasting money showing irrelevant pre-roll ads because they see your history.

The second explanation is fuzzy logic is too fuzzy.

Analytics uses inference to link cookies in a person’s browser to meta tags embedded with the advertisement or video being shown. Meta tags are snippets of text that describe content. Unfortunately, meta tags are usually used in a simplistic way – mostly breaking viewers and consumers into average demographics – male or female, black or white, 30 year old or 40 year old, etc. Meta tags and cookies do not take into consideration affinities.

In 2013, I wrote an article about the art of affinity ratios to create trusted social connections. Put simply, automatic trust is built between people when they share the same origins and coincidentally arrive at the same destinations. Affinities build trusted relationships.

For example, people who went to the same high school, attended the same college studying the same degree during the same years, but now live in New York City – there is an automatic interest that is piqued.

Once, when I was presenting to a Southeast Asian entertainment and media company that makes $4 billion USD annually, I got into a friendly philosophical disagreement with their digital team on how to predict content. They wanted to force everyone to register or use social sign-on to link people to their likes and shares. But the concern was around the anonymous viewer. The anonymous would be served chaos – irrelevant ads and irrelevant content – which might drive them away. The customer believed the opposite – it would force them to register.

I believed it would prevent viewers from ever trusting their platform to make suggestions around content.

I explained that even if the viewer had a pre-requisite to register or login via Facebook or Twitter, the predicting of content would be the same as allowing AC Nielsen to predict content – basing it on averages and racial stereotypes.

To prove my point, I pointed at my colleague across the table from me. He and I were both originally from the United States and grew up on the East Coast. But now he and I were in Asia together on a business trip. On paper, we looked like the exact same viewer and consumer segment. I was slightly older, but we were within the same five year age range. Yet there was no one more opposite to me than my colleague in regards to our entertainment spectrum. He enjoyed heavy metal and rock music. He loved watching the FX show, “Sons of Anarchy”. I, on the other hand, loved R&B and Soul music and was addicted to the Netflix show, “Bloodline”.

The key, I thought, was to keep people anonymous until they trusted your content and allow them to create cookie-type information by being flashed a pre-selection content wall prior to watching a video that showed talent and trending topics. The viewer can choose their favorite talent that was the intellectual property of the entertainment and media company segmented by television, comedy and film stars. Next, make predictions a little more personalized and allow the viewer to click on trending topics that the viewer finds interesting. Then, use this as the basis of its initial content “baking” engine.

In the end, the company focused on social sign-on and lots and lots of meta tags.

A sneaky way to keep people watching past the skip is using advances in filmmaking technology. It doesn’t marry the right content to the right ad, but it keeps the viewers and consumers engaged.

Spatial and/or immersive advertising is where a 360-degree HD camera records content (usually in a single take) or where digital animation is created in 360 degrees. You as the viewer can move around inside the ad either via a mouse or physically moving your mobile phone or virtual reality headset to get cross-directional messages.

Looking forward would have one message arch and looking behind you might have another.

For example, see this Clash of Clans 360 degree ad.

Some digital advertising agencies such as VirtualSky are already flocking to this new gimmick. Yes, maybe this will push people past the skip button, but will it drive sales?

However, it will show higher engagement to earn more marketing investment.

But note, when the coolness factor wears off immersive or spatial advertising, the million dollar question will still remain – how do advertisers engage you with relevance?

And most importantly, can advertisers find a way to serve you an ad married with content which makes you feel like a kid again?