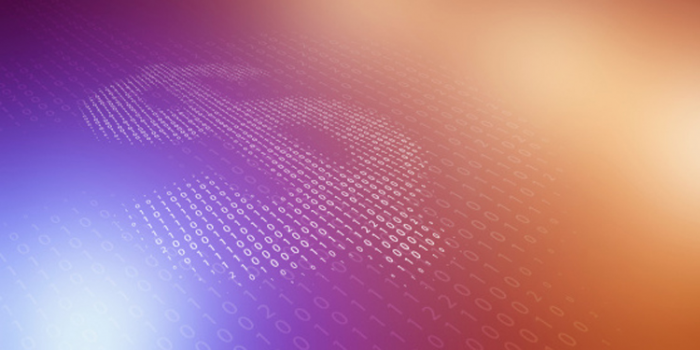 It seems big data is in the news every day. Whether it’s about NSA fighting terrorism, online retailers predicting customers’ buying patterns or scientists forecasting the spread of Ebola, the big data landscape is growing through all sectors of the economy. And data streams from most areas of daily life – such as phones, credit cards, televisions, computers – with Amazon, Walmart, Netflix and Google, among others, as massive big data consumers.

Data emerges from the infrastructure of cities, as well – from sensor-equipped buildings, trains, buses, planes, bridges and factories. It's estimated that 43 trillion gigabytes of new data will be created by the year 2020.

In an interview with the Telegraph’s Sophie Curtis last December, Michael Dell said:

"It used to be PCs and smartphones; now you have tablets and sensors and cars spinning out all kinds of telemetry data, and all kinds of machines and products and services becoming digital products.

Within all of those devices, you have a thousand times more applications, and the data is very rich.

If you look at companies today, most of them are not very good at using the data they have to make better decisions in real time. I think this is where the next trillion dollars comes from for our customers and for our industry."

Here are upcoming effects of big data on business.

1. The smart machine era will be the most disruptive in the history of IT.

New systems that begin to fulfil some of the earliest visions for what information technologies might accomplish — doing what we thought only people could do and machines could not —are now emerging. Businesses expect individuals will invest in, control and use their own smart machines to become more successful.

Enterprises will similarly invest in smart machines. Consumerization versus central control tensions will not abate in the era of smart-machine-driven disruption. If anything, smart machines will strengthen the forces of consumerization after the first surge of enterprise buying commences.

2. The intersection of cloud and mobile changes everything.

If wondering about the significance of mobile and its rapid growth, you should take a look at this year’s holiday sales from Amazon, which reported an impressive turnout. Almost 70 percent of holiday customers shopped via mobile devices. 80 percent of internet users own a smartphone. According to eMarketer, mobile is expected to grab 62.6 percent of digital ad spend in 2016.

The most important reasons for not moving to the public cloud are performance and security. It is amply clear that you can do security better in the cloud than in the data center, and now it's more visible and happens to be true with application performance. You have no valid reason to avoid migrating to the cloud. Cloud provides a ubiquitous, on-demand, broad network with elastic resource pooling. It’s a self-configurable, cost-effective computing and measured service.

On the application side, cloud computing helps in adopting new capabilities, meeting the costs to deploy, employing viable software, and maintaining and training people on enterprise software. If enterprises want to keep pace, they need to emulate the architectures, processes and practices of these exemplary cloud providers.

With easy access to cheap cloud services, smarter people came up with these platforms, and it has fundamentally changed businesses and created new ways of working. Mobile cannot be an afterthought. It needs to be integrated in everything you do and positioned at the forefront of your strategy.

Mobile devices are easily accessible, convenient gadgets with regional wireless communication services and limited data services that have limited computing and power resources. They can buy and deploy applications, choose what’s usable and useful and collaborate fully with zero IT support.

3. Big data convergence implies value to both customers and businesses.

A drastic shift in business has resulted from the convergence of the Internet of Things, big data, cloud and mobility.

According to Andrew McAfee and Erik Brynjolfsson in Harvard Business Review, “Each of us is now a walking data generator. The data available are often unstructured – not organized in a database – and un-wieldy, but there’s a huge amount of signal in the noise, simply waiting to be released.”

That will your data warehouse be replaced with in the future? Will it be open-source NoSQL technology like Hadoop? Or something else. Think about it. Big data holds the alluring promise of competitive advantages to companies that can use it to unlock secrets about customers, website usage and other key elements of their business operations. The same holds for smartphones and other mobile devices that now provide enormous streams of data tied to people, activities and locations. Big data analytics brings unstructured data into the fold, as well, with information gleaned from social media feeds, blogs, videos and other sources.

Mobile phones, online shopping, social networks, electronic communication, GPS and instrumented machinery all produce torrents of data as a by-product of their ordinary operations. Most companies want their platform to be the foundation of everything it does, whether it is with big data, data analytics, IoT or app development.

4. Business models will be shaped by analytics, data and the cloud.

Moreover, the IoT is deeply tied in with data, analytics and cloud to enable them and to improve solutions. The key goal is to ensure there is value to both customers and businesses.

While IoT may be seen as another buzzword at the moment, companies like SAP, Cloud Sigma, Net Atlantic and Amazon Web Services are working to make sure that for businesses, IoT is a reality. It’s companies with this willingness to change, adopt and invent that will win the new economy.

A common way for companies to leverage capabilities of operational and analytical systems is by integrating a NoSQL database such as MongoDB with Hadoop. According to MongoDB, the connection is easily made by existing APIs and allows analysts and data scientists to perform complex, retroactive queries for big data analysis and insights while maintaining the efficiency and ease-of-use of a NoSQL database.

I would like to draw your attention to the growth rate and the big data software market. Wikibon’s latest figures show the overall big data market grew from $18.3 billion in 2014 to $22.6 billion in 2015, representing a growth rate of 22 percent. The overall growth rate of the top 10 vendors was 24 percent year over year, while the remaining vendors grew slightly slower at 21 percent. 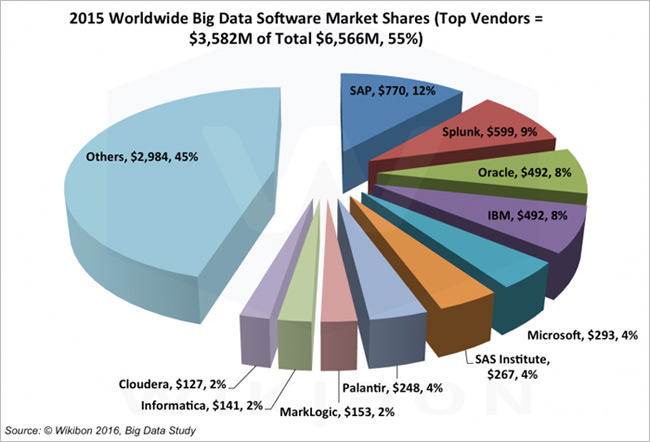 Big data is transforming how we understand the world, do business and implement public policy. As Dell rightly stated, the next trillion dollars comes from big data – for our customers and for our industry.