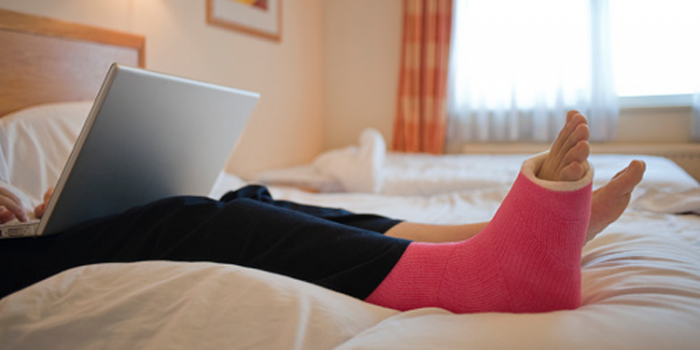 Just how much do Americans want to shield their data? Sticks and stones may break their bones but they’d rather have that (18 percent) than get their identity and payment information stolen. According to a survey conducted online by Harris Poll on behalf of Feedzai, a data science company that uses real-time, machine-based learning to analyze big data and minimize risk in the financial industry, 59 percent of Americans say it is never acceptable for a company to use or access their personal data without their permission, while 29 percent say it’s OK if it’s when national security is at stake. In the aftermath of the Apple controversy, it looks as though more Americans would side with Apple when it comes to their data and whom it’s shared with, and when.

“Personal data and who and when it’s shared with has been a hot topic of discussion, and it’s an issue we take very seriously as a data science company,” said Nuno Sebastiao, Feedzai CEO and co-founder. “While consumers may not think about the complex wiring and plumbing of companies and organizations and how they wheel and deal personal data, there is an expectation that they’re using the latest technology, such as machine learning, to protect it. While trust with merchants and companies is varied from person to person, all of these organizations need to live up to the expectation by not breaking consumer trust.”

The “Consumer Trust Survey: Data in the Hands of Companies and Government” was conducted online by Harris Poll on behalf of Feedzai from April 4-6, 2016 among 2,143 U.S. adults age 18 and older. Further results include:

Stolen Data – Would you rather

In addition to bone breaks, Americans would rather suffer through a number of unpleasant activities than have their identity and payment information stolen.

Personal Data – Poking under the hood

There’s irony in where Americans most trust their data. The entities and organizations they trust the most may be doing the least in data monetization. One in four (25 percent) Americans trust banking sites and 13 percent trust government entities the most with their personal data. A mere 2 percent or less trust each of the following types of companies: mobile phone manufacturers (2 percent), search engines (2 percent), wireless providers (2 percent), big corporations (1 percent) and social media sites (1 percent).

Americans are most suspicious of the devices they own versus devices they do not own. Only 23 percent of Americans think they are most at-risk for fraud when using a Point-of-Service (POS) device in a retail location, while 44 percent think using their own smartphones, desktop/laptop, tablet or standard mobile phone put them at higher risk for fraud.

Notably, more than eight in 10 (83 percent) Americans are unlikely to give companies more access to their information in exchange for better marketing or personalization

More than two in three Americans are more likely to read the Terms of Agreement or Terms & Conditions of a major company, retailer or brand when there has been a security breach in the news, or if they know someone personally affected by a security breach at said company (68 percent, each).