The Choice Is Yours - Disrupt or Be Disrupted 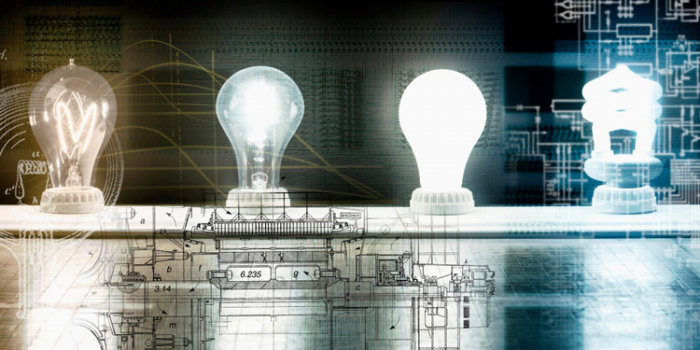 A disruptive technology is one that displaces an established technology and reorganizes the industry or is a groundbreaking product that creates a completely new industry. They excel at knowing their market, staying close to their customers and having a mechanism in place to develop existing technology. Conversely, they have trouble capitalizing on the potential efficiencies, cost-savings or new marketing opportunities created by low-margin disruptive technologies.

Not a Futuristic, Aspirational Technology Trend

As we all know, technology is evolving rapidly. It has and will continue to profoundly change our lives. Four years ago, it would have been hard to imagine having access to the kind information we now have in our pockets. It’s here today in the devices, sensors, cloud infrastructure, data and business intelligence tools you are already using. Soon enough, sensors will be everywhere. Built into billions of devices, they will be the building blocks on which the city of tomorrow stands. The connection between people, processes, data and things will create an infrastructure that is sure to entirely transform even the most everyday of tasks. That said, the ability to make a product or service straightforward is the key to industry disruption, but it is not as easy as it sounds.

In these exponentially-growing technologies – AI, robotics, nanomaterials, biotech, bioinformatics, quantum computing, Internet of Everything – their files are going to transform everything we have. Digital technologies such as mobile, social media, smartphones, big data, predictive analytics and cloud, among others, are fundamentally different than the preceding IT-based technologies. Newer technologies touch the customers directly and in that interaction creates a source of digital difference that matters to value and revenue. We call that source digital edge. However, it is important to know that once you break into the industry and disrupt it, you cannot simply stand still. It also doesn’t mean established businesses won’t be able to disrupt an industry. These companies just need to be careful in delegating the resources toward disruption. You don’t want to move away too many resources from the business that already works.

Each business is essentially trying to come up with a new idea and a different way of doing things. Disruptive companies don’t just make new and innovative products or service, they add more value to the market. Disrupting an industry requires deep changes in the way the industry operates and always requires other companies to respond to this new way of doing business. Disrupting an industry requires big ideas and thinking outside the box. You shouldn’t be afraid of redefining the market size for your products and services. Harvard Business School Professor Clayton Christensen, who coined the term “disruptive innovation” in his book “The Innovator’s Dilemma,” says in order for a business to be disruptive, it must gain a foothold in a low-end market that had been ignored by the incumbent instead of pursuing more profitable customers. Otherwise, the disruptor must create an entirely new market, turning non-customers into customers. In short, a disruptive product addresses a market that previously couldn’t be served – a new-market disruption – or it offers a simpler, cheaper or more convenient alternative to an existing product – a low-end disruption.

The major cause of disruption is the rapid advancement of technology and globalization, which allows new business models to be introduced at an ever-increasing rate and with rapidly declining costs. The truth is, at this very moment your company is most likely either disrupting other companies or being disrupted. All of that is having a profound impact on us as we struggle to keep up with the changes they bring. Also, a major shift has been caused by a new generation of firms. Each major phase of the IT industry progress has been led by them – IBM in mainframes, Digital Equipment Corp in minicomputers, Microsoft and Intel in personal computers, Apple in mobility and Google, Amazon and Facebook in the Internet era. As new firms have risen, many once-great firms have become a shell of themselves or vanished altogether. Companies are disappearing right in front of our eyes because of a lack of leaders who are willing to respond to change. Take Blockbuster or Kodak as examples. Both at one time were leaders in their respective industries and both experienced a dramatic decline. Why? Because of a lack of willingness to recognize that the world their customers had changed.

Here are several examples of disruptive technologies that have already occurred or are on the cusp of occurring:

To be concise: market disruption can be achieved by one of two paths.

The first is a sustaining path, what iPhone did and Uber and Tesla are trying to do. The other path is through disruptive innovation, what Google, Netflix, Cisco, Toyota and others did. Companies need to be willing to disrupt themselves before others do it to them. That requires overcoming the fear that a new product or channel will cannibalize an existing business.

Banks have plenty to offer the disruptors, too. They can build value clusters based on their core platforms, exposing APIs and offering resources to help upstarts scale their offerings. Disruption is real. It may not be a direct threat to everything your bank does, but it can certainly eat away at higher margin business.

You need to aim for something that completely challenges your industry or a specific section within the industry. Disruptors look for needs that aren’t being met or are being poorly met. They play in markets where no one else is or wants to be. A classic example is Salesforce: A simple, inexpensive, cloud-based system, initially intended to service small and medium-size businesses, now disrupting the leading providers of customer resource management software.

So the question remains: will your business disrupt or be disrupted?