The Sky Is Falling Analytics 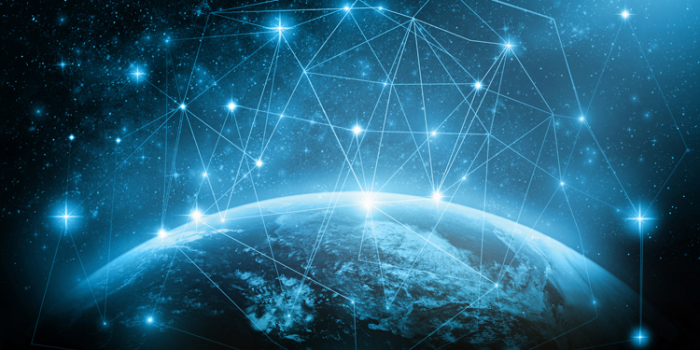 While everyone is panicking that the stock market is falling and the sky is falling on Silicon Valley where startups are Earth-focused, everyone is ignoring the physical skies above them.

Currently, we have 21,000+ pieces of space junk spinning at speeds of up to 17,000 MPH around Earth that is larger than four inches – not including the satellites that share the same orbits. Half a million bits of junk between one cm and 10 cm also circle Earth. This space junk consists of inactive satellites, upper stages of launch vehicles, discarded bits left over from separation and even frozen clouds of water and tiny flecks of paint.

Literally the sky is falling. It is predicted that a Kessler Syndrome (or Effect) will occur within the next century.

Kessler Effect (or Syndrome) is where orbiting satellites and objects collide and create an avalanche of space debris that exponentially increases more and more collisions. This could create rings of space pollution so dense that would render Earth's Lower (LEO), Medium (MEO) and Geosynchronous (GEO) orbits inoperable for generations.

One satellite, in particular, is statistically more prone to trigger this chain reaction: the Envisat satellite. The Envisat lives where the density of debris is the thickest, and two catalogued objects pass within 200 meters every year. The Envisat reached its end of life on April 12, 2012 but remains in orbit. However, it only requires an object as small as 10 kg to crash into the Envisat to create a worldwide digital blackout.

This worse-case scenario is a godsend for a new breed of startups.

These new startups know that the future is in space.

Normally when people think of space exploration, the first names that arise are NASA (USA), Roscosmos (Russia), Shenzhou (China) and ESA (Europe). When you think of space startups, everyone knows about Elon Musk's SpaceX and Jeff Bezos’ Blue Origin.

But have you heard about Atlanta’s Generation Orbit who use retrofitted normal passenger jets to launch satellites into space? Or Orbital Insight out of Mountain View, Calif., who does geospatial analytics and machine learning on satellite imagery to look for upticks in the economy, oil hoarding by country or infrastructure growth by lights on at night? Traditional satellite companies and those that manufacture satellite ground systems who offer commercial off-the-shelf (COTS) software products for command and control are also spinning up analytical startups. And finally, have you heard of Skylab Analytics who uses artificial intelligence to ingest thousands of images to pattern seek for discrepancies and trends?

A satellite that will be opened up to the public later this year is the first-ever space virtual reality camera satellite. SpaceVR will offer subscriptions to anyone who would like to don Oculus Rift or HTC Vive headgear to peer beyond the horizon. This would allow you as a wannabe astronaut to peer into the space junk and dream of ways to dispose of it.

And soon you will be able to launch your own craft to clean up the mess.

Not only are startups looking at being high tech, analytical trash trackers, VR image picture takers and satellite launchers, analytical startups are looking to do for space what Amazon and eBay did for retail – offer satellite template packages for mom-and-pop space agencies.

What if you could log in to a website and choose your "container" for a satellite payload – which you would be given differing prices and options such as high altitude balloons, passenger jets, space tourist craft or unmanned reusable craft?

Or how about choose "Sat" templates which could range from piggy backing on commercial available satellite channels, or Lower Earth Orbit atmospherical dispensable satellites such as Sprites, Cubesats, or even allowing you to launch your phone into space inside what is called a "PhoneSat" kit. Costing begins around $300 USD.

Maybe those garages that created the Internet Generation will pave the way for those who will simplify interstellar travel. As the trailer for Ethan Hawke and River Phoenix's 1985 film "Explorers" states, "The adventure begins in your own backyard."

The sky is falling. Space is getting so close that soon everyone will be able to touch it.

Unless the sky falls on us first.

The new space race is on.