Historians Versus Futurists - Who Is More Valuable? 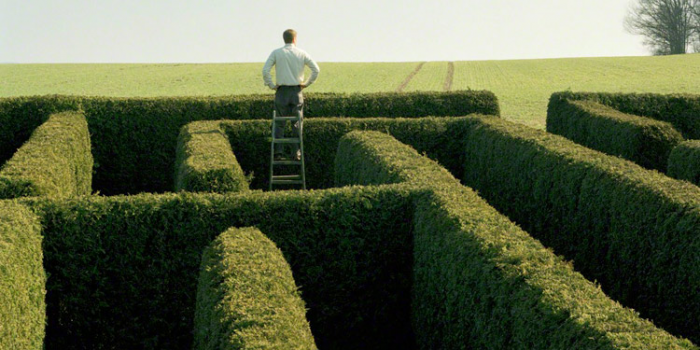 Futurists enjoy taking out their crystal ball and projecting future innovations. They are typically wrong. George Orwell’s book "1984" that was published in 1949 did not come close with its projections. I recall a Walt Disney television show from the 1960s portraying future automobiles that required no driver and were guided by some form of magnet-like strip imbedded in the street’s or highway’s roadbed. Nice try.

In contrast, historians research the past to determine what lessons might be learned that can be applied today. For example, historians examine the judgments, policies and actions of past U.S. Presidents and international government leaders to assess what actions may best serve citizens today. The recent movie "Lincoln" is an example.

Why is this title question relevant for today’s organizations? It is because many organizations fail to successfully carry out their executive team’s plans and allocate an appropriate mix and level of resources to complete those plans. This involves strategy and budgeting – two disciplines that are widely criticized today. Both need predictive analytics.

In Stephen Bungay’s book "The Art of Action," he reflects on lessons from war and military campaigns that apply to leadership skills and planning. He specifically addresses how an organization can implement and achieve the formulated strategy and plans of its executive team. In his book he draws from battle tactics of the 19th century Prussian army.

Bungay’s premise is that the leaders of almost all organizations can define reasonably good strategies. Where executives often fail is leading their organization to implement their strategy. Bungay describes this problem as gaps and advises how to close them.

His assertion is that, similar to military campaigns in war when a strategy encounters the real world, three types of gaps appear. He describes each gap in terms of expected results and reality: outcomes, actions and plans. Gaps result from complexity, and they make it difficult to predict environments that all organizations deal with and are made more severe with globalization. The three gaps are:

Based on Bungay’s deep knowledge as a historian of military practices, he observes that the key to successful strategy execution is delegating more decision making authority to managers and employee teams.

Bungay describes lessons from the 19th century Prussian army in this way: following an unexpected military defeat, the Prussian military’s tactics were reformed. Lower level officers were given more flexible command to make decisions. What mattered is that they fully understood the battle mission. By providing more decision rights to the officer corps, it resolved the problem that the further away the military leaders were from the battlefield, the less aware they were of the current situation. Officers could pursue local actions as they saw fit.

The Prussian army solution, following its initial defeat, was the institutionalization of military genius with centralized and elite generals and increased accountability of the field officers with rewards based on their performance and outcomes. This reform was successful, and the army went on to conquer other countries.

In today’s terms of managerial methods, the Prussian army reforms parallel applying the balanced scorecard methodology and adopting the “Beyond Budgeting” concepts first written about by Robin Fraser and Jeremy Hope.

The balanced scorecard’s primary feature is the development of a strategy map that visually displays on a single page a dozen or more cause-and-effect linked strategic objectives. Using four sequenced components (referred to as “perspectives”) the linkages move from employee learning, growth and innovation to process improvement initiatives to customer loyalty objectives, which result in the financial objectives’ outcomes. The KPIs reported in the balanced scorecard are derived from the strategy map. The KPIs monitor the progress toward accomplishing the strategic objectives, and by each KPI having targets assigned, the foundation for accountability is established and alignment with the mission and strategy are achieved.

The “Beyond Budgeting” concept views the annual budget as a fiscal exercise done by accountants that are disconnected from the executive team’s strategy and are usually insensitive to forecasted volume and product/customer mix. It acknowledges that budgeting annual line-item expense limits are more like shackling handcuffs for managers who may need to justifiably spend more than was planned and approved many months ago in order to capture benefits from newly emerged opportunities. The “Beyond Budgeting” method advocates abandoning the annual budget that quickly becomes obsolete. It proposes replacing the budget’s controls by giving managers the freedom of decision rights. These include hiring and spending decisions with required approvals from superiors. It invokes controls by monitoring non-financial KPIs against the targets defined by the executives in the balanced scorecard’s strategy map. Managers do not escape the need to be held accountable with consequences. The time frame is not annual but rather dynamic.

The message here does not mean organizations should not be researching emerging and imminent new technologies and methods, like analytics and Big Data. The message is that granting decision rights to managers but holding them accountable with consequences is effective at closing the three gaps. And this a lesson learned from historians.