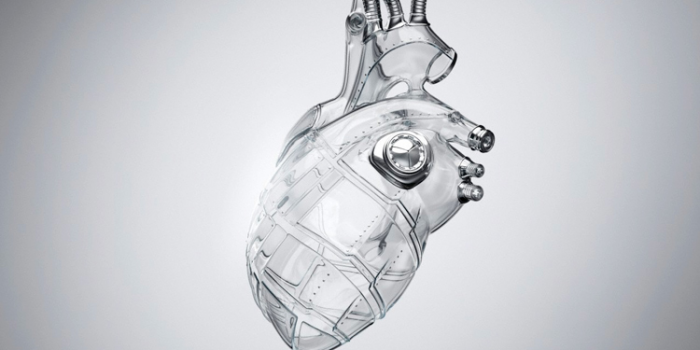 The annual Data Science Bowl hosted by Booz Allen Hamilton and Kaggle is based on the premise that crowdsourced solutions can be used to solve some of our world’s most complex problems. This year, the focus was on heart health – an issue of critical importance worldwide. In the U.S. alone, one person is diagnosed with heart disease every 43 seconds. It typically takes 20 minutes to have an MRI analyzed and a diagnosis delivered. However, this year’s Bowl managed to create an algorithm that allows your doctor to receive your results and prognosis in real-time.

The entrants in the Data Science Bowl – people from all walks of life and careers – were challenged to automate the process of analyzing MRI images. The National Heart, Lung and Blood Institute (NHLBI) provided the data for the competition – more than 1,000 MRI images from a broad sample set, including individuals of different ages and genders. Despite the diversity and complexity of the sample set, more than 993 participants responded to the challenge. Working individually and in teams, more than 1,390 algorithms were submitted for consideration. The winning algorithm was built by Qi Liu and Tencia Lee; hedge fund analysts and self-described quants who have no medical experience and yet were able to create an algorithm that had an accuracy rate on par with the human eye.

To do so, Liu and Lee used deep learning – an area of machine learning research that enables this type of complex image and data analysis. It’s a relatively new technique, one that would not have been possible a few short years ago.

“We gave the data science community a challenge of unprecedented complexity and importance for the second annual Data Science Bowl,” said Josh Sullivan, Senior Vice President, Booz Allen Hamilton. “This particular challenge was one that the medical community had not been able to solve. It needed to harness the power of crowdsourcing. The ability to bring together unique backgrounds, perspectives and expertise is what makes a data science team so effective and it’s what made the Data Science Bowl a success.”

Researchers at NHLBI will now begin working with the winning team to test the accuracy of the algorithm in different clinical environments. If proven effective, the long term goal would be to integrate it into existing technology and make it readily available for doctors across the country, pending FDA approval.

“Analyzing MRI scans is traditionally an expensive and incredibly time-consuming process for doctors to do manually,” said Michael Hansen, Ph.D., a NIH specialist in fast MRI techniques for real-time imaging and interventional procedures. “If we are successful in automating the process, we open up new possibilities. It could decrease costs, initially, but also enable new studies and research trials which were traditionally considered too expensive or labor-intensive.”

Liu and Lee met on Kaggle’s discussion forum. They were ranked eighth and ninth on the leaderboard respectively, and decided that they were stronger together than apart.

“The Data Science Bowl was the second competition that I participated in on Kaggle’s platform,” said Lee. “What drew me to the challenge was its inherent complexity. The data set had a lot of quirks that required us to think through unique scenarios and redirect our algorithm multiple times. In the end, we came to a solution that proved viable for multiple data sets, and we hope that it can have an impact on the way heart health is diagnosed.”

"This was one of the most difficult competitions that we’ve ever hosted on our site,” said Anthony Goldbloom, CEO of Kaggle. “And despite, or potentially because of, its complexity, the solving of this problem has resulted in a huge leap forward in the use of artificial intelligence (AI) for medical purposes. While it's fun and scientifically interesting to build algorithms and AI processes that win board games and game shows, this competition has created an algorithm that can help us diagnose heart failure, the biggest killer in the United States."

The second place prize for this year was awarded to team Kunsthart from Ghent University, members of which placed first in last year’s Bowl. Third place has been awarded to Julian DeWit, a freelance software designer and regular contributor to Kaggle competitions. The top three individuals and teams will receive a financial reward relative to their position in the rankings and will be given the opportunity to present their results at the 2016 GPU Technology Conference, an annual event hosted by Data Science Bowl partner NVIDIA. They will also meet with principal researchers at NHLBI to discuss their approach.

Article published by icrunchdata
Want more? For Job Seekers | For Employers | For Influencers