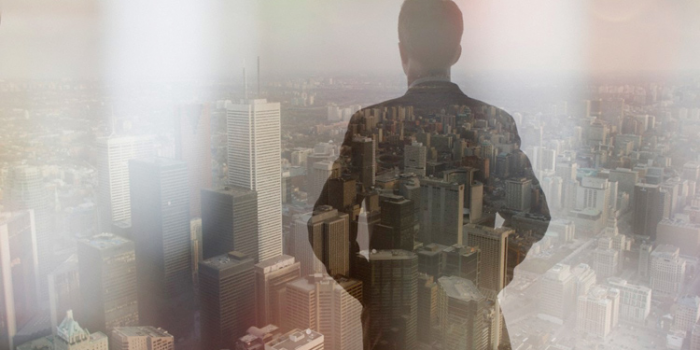 “Leadership is the capacity to translate vision into reality.”
— Warren Bennis

The quest for leadership

Competition is increasing everywhere. At school, at the office, in business, in politics, in the international community of nations, in all fields, all over. If you want to tackle competition and be a leader in your own right you need inevitably to gain competitive advantages. Otherwise, you are bound to be just one more in the bunch of those left behind.

So the question is: how to become a leader and, if possible, an awesome leader? By this, I mean the kind of front-runner that sees what the others don’t; the kind of strategist that anticipates his competitor’s actions; the resilient believer that doesn’t hesitate and goes staunchly the extra mile before the others. Altogether, the driving force that irradiates a huge resolve that convinces the others around that there is an upcoming light at the end of the tunnel. In other words, the person who has the ability to translate visions into reality; the person with the capacity to sense what may happen in the future; the person that leads the decision-making power to take the right anticipatory steps to gain advantage from future outcomes.

The future is extremely hard to predict. There are so many variables and unexpected interlinked events that predictions usually fall foul of reality. Nevertheless, some people seem to have an innate ability to anticipate the future. They have a special ability to generate new ideas, new thoughts; most are business achievers that move before the others into unknown and unexplored markets. Steve Jobs excelled in this regard. He predicted, for instance, that millions of people would find convenience in having a small and handy computer to carry around without the traditional keyboard. So he introduced the iPad, amongst many other innovative products. It was Jobs’ intuition that ultimately led Apple into its huge success. Jobs had visions that he skillfully managed to translate into reality. He was an exceptional and unique visionary leader.

How to become a visionary leader?

Until a few years ago, future visions for strategic purposes were basically a by-product of collecting and reading information, calculation, guessing and intuition. Experts in strategy resorted to mathematics (mostly statistics and risk/uncertainties computation) and various techniques of scenario generation to envisage possible alternate future outcomes. In the footsteps of Herman Kahn, the founder of the Hudson Institute, and especially after the 1960s, the so-called futurists, or specialists in futures research, have bettered methods to produce visions of the future. Delphi surveys and scenarios workshops have been widely used for foresight purposes aiming at generating future trajectories for an event or a set of events. Some, like Philip Tetlock, from the Good Judgment Project, tap into what’s often called the “wisdom of crowds”, pooling large groups of people and asking each individual to deliver forecasts for specific events. In some cases the results are amazing.

Some people seem to have a curious ability far above the others to deliver impressive forecasts (Tetlock calls them “superforecasters”). The late Pierre Wack, at Royal Dutch Shell, is a remarkable example. He anticipated the two oil shocks of the 1970s. His forecasting work was instrumental for the strategy thinking of the oil Dutch giant in those days. Thanks to him and many others, future studies have crossed the boundary from a somewhat metaphysical aura into a more mundane role poised to enlighten decision makers about available options and future scenarios.

Before Big Data, available information of past events was mostly limited to written/graphical/audio-visual sources, human observation and a relatively small amount of digital data (relatively small compared to Big Data). The advent of Big Data and the consequent emergence of predictive analytics software are impacting big time on the ability to generate scenarios extrapolated from past events. Terabytes of data collected from an explosion of multiple sources (e.g.: sensors, IoT, Listening 2.0 and social media) can now be pooled and crunched quickly to derive insights as never before. The unstoppable development of more computational machine power together with the rise of machine learning and artificial intelligence are elevating the capacity to analyse information to previously unthinkable levels. The ongoing development of more sophisticated algorithms for data crunching is expanding enormously the comprehension of the environment and thus advancing big time the analytical power for prediction purposes (algorithms perform data mining and statistical analysis in order to detect trends and patterns in data). Nowadays, far-sighted leaders and their teams tap into predictive analytics software to generate visions based upon solid and objective material. They also resort to prescriptive analytics software for suggestions of courses of action based on predictive metrics.

Predictive and prescriptive analytics have also become a boon to Competitive Intelligence (CI). CI aims at gaining crucial information from your competitors in order to better understand the environment. Looking outside your window is not enough. You need to get into your competitors’ shoes and find out about their views and strategies. And to do this, you need to invest in CI.

Big Data mining and predictive analytics applied to CI is now the way to go. You can legally dig up almost anything that is not confidential about your competitors. Data-driven CI offers a huge source of knowledge about the players in the market and its functioning. Such knowledge will subsequently enrich the forecasting of future events related to your competitors, in particular events that may impact upon you. And this is critical for your strategic thinking and planning. Prescriptive analytics applied to CI will then determine the right course of action vis-à-vis your adversaries. This will empower your organization to be one step ahead of competition. In sum, the goal is to develop visions about the outcomes of your competitors to inform your strategy.

Indeed, if you want to be an awesome leader, you have to move outside your traditional box. You have to invest seriously in CI to be aware of your competitor’s visions, prospects and future actions. After all, you’re all operating in the same environment. You’re all inevitably connected to some extent; each of your steps may impact them and vice-versa.

Intuition as the endgame

Steve Jobs, as above-mentioned, excelled in intuition. Refined intuition seems to be a common trait in great leaders. Intuition relates to any kind of unconscious reasoning that individuals develop to a greater or lesser extent. Basically, it is a process that enables humans to realize something, usually spontaneously, without analytic reasoning, linking the unconscious and conscious parts of the brain, thus connecting instinct and reason.

Predictive and prescriptive analytics may greatly enlighten the decision-making process, but in the end, human intuition will prevail as the leading factor influencing the choice between the various predictions and courses of action suggested by planners, futurists, strategists and data scientists. Besides, artificial intuition doesn’t seem to be in the pipeline of artificial intelligence development, at least for the foreseeable future. Therefore, human intuition will continue for many years to be the main determinant in the decision-making process.

Summing up, to become an awesome leader you have to excel in developing visions and in gaining competitive advantages, in particular through Competitive Intelligence. Nowadays, data science is able to provide you with most of the clues for that. But then you have to rely on your intuition to select the most appropriate vision.

Subsequently, you have to convince your staff and bring them all on board to face the challenge that your vision represents. Altogether it seems evident that awesome leadership is, more than ever, a balanced combination of Big Data driven intelligence, refined instinct and great communication.