How IoT Is Driving a Fourth Industrial Revolution 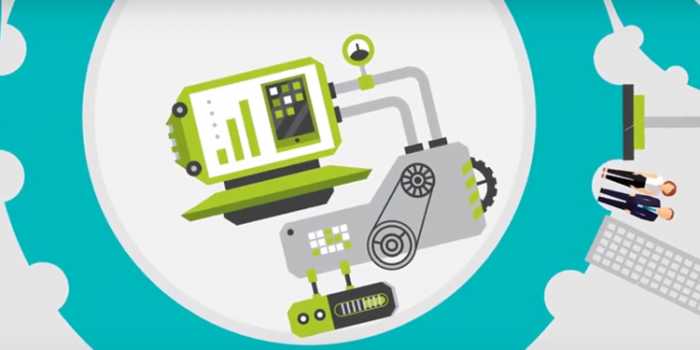 Imagine you're an electrician working on an installation under the impression the power is off. You raise your arms towards the circuit box and immediately your overalls alert a computer to the hazard which shuts off the power.

This is just one application for French engineering giant Altran's prototype 'connected operator suit' and a glimpse of the near future, when the Industrial Internet of Things transforms the way we work.

The IIoT is part of the larger Internet of Things, the network of computers and devices that will soon be sharing huge amounts of data. Some forecaster predict as many as 50 billion sensors mounted in anything from refrigerators to cars to MRI scanners will be online by the end of 2020.

Altran's Internet of Things Solutions Director, Jean-Jacques Caraco, says his vision of the future is one where data saves the health of workers – and money.

"All workers that work in difficult environments either outside on construction or in a plant or wherever, all workers that are submitted to potential dangerous situations in the long run need to see their movement supervised so as to anticipate problems... but it's also, let's call a spade a spade, an important
source of cost. So if we want to reduce those costs we can do that by preventing difficult postures," Caraco said.

The connected suit's sensors build up a log of its wearer's body movements and allow real-time analysis of someone's activity on an unprecedented scale.

"There is definitely a revolution coming and there are four elements to that revolution. The first one is around product virtualization. How you can make new products and design new products virtually. The second one is additive layer manufacturing or 3D printing. That's being able to use radically different approaches and materials for developing your new products. The third element is collaborative robotics which changes the way workers on the manufacturing floor interact with machines and the final element, the fourth element is the Internet of Things and that the glue that enables you to move information from the way the product is designed, the way the product is manufactured and also the way the product is used to optimize the way you create new products," Williams said.

Knowing exactly how to use your product is one direct way the IoT will bring businesses and their customers closer together offering huge opportunities, Williams added.

As manfacturers around the world try to harness the excitement surrounding the IIoT, preparations are well underway in Abu Dhabi for the first global gathering of manufacturers, the Global Manufacturing and Industrialization Summit or GMIS, at the end of March. A perfectly timed event, according to the head of the GMIS organizing committee, Badr Al-Olama, who is also CEO of Strata Manufacturing.

"The fourth industrial revolution is not something that is made up. It is happening today, and it's happening in the manufacturing environment, it's happening all across us, all around us. The only thing that's different is people are talking more about it. They are trying to showcase some of the results
and it makes a fundamental change to the way that we do business. It changes the way that we look at things. It makes topics such as cybersecurity come at the forefront of priorities and it's just phenomenal what it's doing to the manufacturing world," said Al-Olama.

Learn more about the Global Manufacturing and Industrialization Summit >