8 Ways for Companies to Succeed When Technology Changes Everything 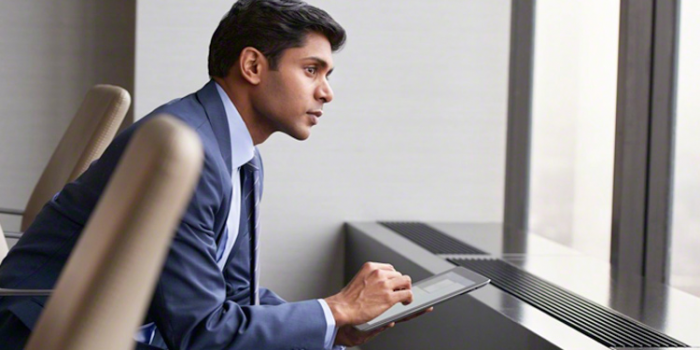 The digital world did not exist a generation ago, and now it is a fundamental fact of life. The world spawned by the personal computer, the Internet, social media and the smartphone now constitutes the greatest arena of public discussion and debate the world has ever known. Business leaders, on the other hand, can’t wait until evolving technologies are having these effects to determine which developments are truly big things. They need to understand how the competitive advantages on which they have based strategy might erode or be enhanced a decade from now by emerging technologies – how technologies might bring them new customers or force them to defend their existing bases or inspire them to invest their new strategies.

1. Bounce Back from Early-stage Failures

Leading organizations, from Apple to Google and beyond, have learned from early-stage failures. A classic example is Apple’s Newton PDA tablet in the 1990s, a flop whose core concept eventually found its way into the iPad. Jobs turned away from Apple’s failing original vision of a computer-only company and began creating the cornerstone of the turnaround– iMacs, iPods and iPhones.

2. Discover a Product’s Viable Alternate Use

First, analyzing a failed drug sometimes reveals that the drug may have a viable alternate use. For example, Pfizer’s Viagra was originally designed to be a treatment for angina, a painful heart condition. Similarly, Eli Lilly discovered that a failed contraceptive drug could treat osteoporosis and thus developed their one-billion-dollar-a-year drug, Evista, while Strattera, a failed antidepressant, was discovered to be an effective treatment for hyperactivity/attention deficit disorder.

An important imperative is to embrace significant change. Companies can thrive by listening to their customers—including their most spirited critics—and using what they learn to revolutionize their approach to what they do. Companies that have been in business for many years before their fortunes decline are the victims of a relatively small number of problems. The first of these is bad management. This has happened at Boeing (NYSE: BA) and Dell (NASDAQ: DELL). Executives often make mistakes in executing their plans. The Boeing’s 787 Dreamliner, for example, has been delayed several times. Dell has had legal problems and, according to some sources, released products it knew were flawed.

Loyalty leaders like Whole Foods, Southwest, Zappos, Enterprise, Apple and Wegman’s take a different approach focused on the long term. They place an emphasis on culture and focus on adding value for customers. These organizations lead with their heart. More often than not troubled companies often move back to their roots. That certainly happened at Starbucks and Ford. Other firms believe that they are missing one or two critical elements to be successful again. Those elements can be built, but are often bought as was the case when HP bought EDS.

5. Give Value to Customers

Companies differentiate themselves through added value for both customers and employees – “quality” and “customer delight” are tightly linked. Unless the customer perceives the product as doing at least what it claims to do, it will not generate delight. Companies that behave honestly, transparently and unselfishly after product recalls and mishaps demonstrate an ideal to which they aspire, though they may have fallen short in a particular instance. There are very few large American companies which have come close to collapse and then become wildly successful again. Most extremely successful U.S. corporations start small and get big. The is certainly the case, such as Google, Exxon Mobil XOM, Intel, Coca Cola, McDonald’s, Wal-Mart and Procter & Gamble.

Even through mishaps, customers may forgive the company's leadership, and in forgiving them, customers affirm their ideal, encouraging them to continue to aspire to it. Even the harshest critics, when treated fairly and with respect, often become a company's most loyal fans, because in getting their complaints resolved, they've been granted a sense of that company's ideal self. The net effect is increased satisfaction, reductions in attrition and positive word of mouth. A case in point is IBM as it was quickly becoming irrelevant and experiencing chronic low growth. The company also made some bets that it would be able to dominate in both consumer and business hardware and software, which it ultimately lost. That left the company floundering until some big changes to the business culture and a refocus on IBM’s true strengths eventually turned things around. The new IBM was leaner, meaner and more focused and efficient than before — primed to make a big impact in the market.

A successful company requires both a well-defined problem to solve and a well-formed solution that addresses the problem. Consider the turnaround push that Jan Carlzon undertook at Scandinavian Airlines Systems (SAS) in the early and mid-1980s. To improve the company’s ability to attract business customers, Carlzon aimed to improve the level of service that frontline employees could offer. The best way to do so, he concluded, was to empower those employees — to give them greater autonomy and flexibility in how they did their job. Yet they could exercise that autonomy fruitfully only if SAS leaders also gave them a big-picture sense of what the company was aiming to achieve. Carlzon, in a study of his early work as CEO, put it this way: “Anyone who is not given information cannot assume responsibility. But anyone who is given information cannot avoid assuming [responsibility].”

In its 25 years, Southwest Airlines has never laid off workers. Downsizing may be the only key concept the business schools invented before Herb Kelleher thought of it. Southwest also maintains its low costs by keeping its planes in the air.

Technology is evolving from a linear knowledge-transfer model, to a more collaborative, engaging process. In almost every sector, there are once-dominant enterprises that find themselves on the wrong side of a shift in customer demand or the emergence of a disruptive technology. You know their names: Hewlett-Packard. Starbucks. Best Buy. Research in Motion (Blackberry). RadioShack. And, more recently, JC Penney. Success, it's been said, is determined not by whether you fall down but by how you get up. To that extent, every company's mistake represents an opportunity to improve its standing in terms of warmth and competence among its customers, but only if the company is ready to respond to its moment of truth with worthy intentions.

From connected homes and connected cars to smart buildings and transportation, every aspect of our lives will be affected by the increasing ability of consumers, businesses and governments to connect to and control everything around them. We would not eventually have developed the many innovations that revolutionize how we live today – including the personal computer, email, the Internet, the mobile phone, the tablet or any of the endless applications built on these technologies.

The great thing about us is we’re curious people. We explore technologies, and we explore products.

We would not have Google, Twitter, Amazon, Zipcar, Airbnb, Uber or countless others. Rapid and continuous changes in the business requirements have changed the development methodologies.

Finally, I remember the well-said quote: Although a hundred entrepreneurs may fail for each one that succeeds, the successes make the failures worthwhile. A 90-percent probability of failure means a 10-percent chance of changing the world, if the goal is ambitious enough.