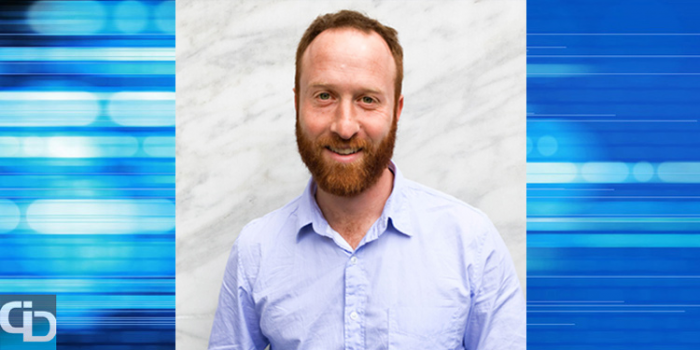 Max Simkoff is Vice President, Analytics of Cornerstone OnDemand, an integrated learning and talent management SaaS suite empowering organizations such as Starwood Hotels & Resorts, Walgreens and Xerox to engage their workforces and leverage people performance for greater business results. He owns the definition and development of Cornerstone’s Analytics product family.

icrunchdata speaks with business leaders about their careers in analytics, what they are focusing on in their current roles and what their interests are outside of data. Today, Max discusses an unconventional use of analytical skills, a new predictive analytics product and thoughts on a data-driven world.

Max, thanks for speaking with us. Here we go...

How did you land your current role?

I’ve been with Cornerstone OnDemand since November 2014, and I landed in my role here when they acquired Evolv, the 100-person workforce analytics SaaS company of which I was Founder/CEO for seven years.

So a transition from startup – one named by Fast Company in 2014 as a top 10 most innovative company in big data analytics – to publicly-traded company (NASDAQ: CSOD). As VP of Analytics, which of your skills do you find most relevant for success?

It may sound corny, but my analytical abilities/skills are most relevant for success in my current role—but not for the reason you might think. I actually often use analytical skills to convince people to take on a new viewpoint around the topic of analytics. I travel a lot, and spend a lot of time with customers and sales prospects, and most of what I talk with them about is how and why it makes sense for them to apply predictive analytics to a new area of their business where they haven’t previously been used. In order to be effective at explaining to them how and why this will drive valuable outcomes for their business, I need to draw on analytical skills to work backwards and figure out what key data points or examples would be most convincing to help get them comfortable and excited about using predictive analytics.

Any notable wins for you recently?

I helped drive the release of a powerful, new predictive analytics product at Cornerstone called Insights, and then immediately signed up some of the biggest multi-national companies in the world as customers. This was a new experience for me, because I had been used to in the startup world of having to claw your way to notable customers over the months and years following a new product release. When we released this product at Cornerstone, we had huge customers signing up within days. I saw that the strong and valuable customer relationships that Cornerstone had built across hundreds of organizations allowed us to quickly meet with key people who might be interested in the product, so that they could make a fast decision about coming on board. I’d never seen such large customers sign up so quickly for a brand new product.

What can you tell us about Insights and plans for growth in 2016?

[Cornerstone Insights is] a suite of predictive analytics dashboards that applies sophisticated data science to workforce data, enabling business leaders to answer burning questions about how to use data to better hire, train, manage and retain top talent. Cornerstone Insights uses machine learning technology to collect and analyze data from every segment of the employee lifecycle for discovering relationships and acting on insights in real time.

What’s the most defining moment of your career so far?

Starting an enterprise software company in 2007 right as the broader financial and financing market was falling apart was the most defining moment of my career. It taught me to be fearless, to run towards opportunity and risk when everyone else is running for safety. It helped me to become a better executive, and ultimately to build a strong business of lasting value that Cornerstone acquired because of the differentiated asset that we had become.

Looking back to when you first started your professional journey, where did you think it would lead?

If I’m honest with myself, in my first true professional role, beyond the jobs I held in high school or college, I already had the sense that I would go on to start a company or become a CEO. I’m lucky to have done both along the way, and that’s probably more a result of my own determination and focus versus anything else.

Describe the future of the data marketplace in one word.

What would you say is a downside of our digital, data-driven world?

It’s that we’re increasingly leaving less open to chance. It used to be that we would wander into new restaurants instead of scanning for those that have the highest Yelp reviews, try seeing a movie because of the trailer instead of looking at Rotten Tomatoes or explore antiques at a local market instead of clicking on a display ad for a highly-targeted version of an item we may have run a search for on Google days ago. Before we had all of these sources and streams of data, we were forced to just try things out because of our initial impression, and that led to a sense of random exploration and wonder that I think is becoming increasingly hard to find.

Yes, that's an interesting point. So speaking of Yelp and such, what are your top three go-to apps?

And away from your phone, is there a memorable book or story you’ve read recently?

The most recent book I read was called Hard Rain Falling. It’s a novel by Don Carpenter. The book follows a guy who is put at a disadvantage from a young age simply because of the circumstances he’s born into, and how these circumstances put him on a vector that continuously disrupts his life, his relationships and ultimately, his happiness. While not an uplifting read, it reminded me that so much of what makes people successful, or not, are the resources and support they have around them when they’re young – and that for many people in this world, their fate is decided by the circumstances and surroundings they’re brought into as a child.

You grew up in Portland, Oregon. How do your roots still influence you today?

It was really rainy and gray for months at a time. Because there was less time to be outside enjoying the weather, I learned to focus inward on building strong, lasting relationships with the people who I grew up with. My Portland roots influenced me in the best way: some of the closest friends I have today are the people I grew up with there.

If you could tell a younger version of yourself one thing, what would you say?

Now you live in the Bay Area. If I have a 12-hour layover there, what should I see, do and eat?

Mostly you should just eat – because I’ve traveled all over the world, and I still think San Francisco has some of the best food on the planet. If you had only 12 hours, you should hit Vive le Tarte in SOMA for coffee and a chocolate croissant in the morning, Cordon Bleu in Nob Hill for a home-cooked Vietnamese lunch in a 12 seat restaurant in the afternoon and Frances in the Mission for a fancy-while-also-unfussy dinner at night.

One final question, is there a quote or motto you live by?

Sounds like a winning approach. Thanks again, Max. We enjoyed getting to know you.