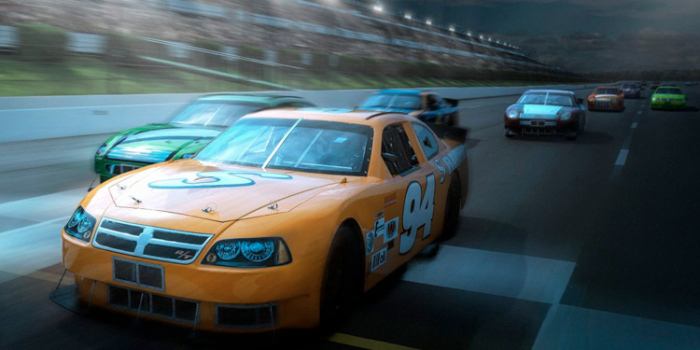 The inevitability of an increasingly wild business landscape

Make no mistake: business these days is a killing field. If you want to succeed in the market you must know, amongst other things, what the competition is doing. You need to identify what kind of dangers and opportunities your competitors are facing and what they are doing to tackle their challenges. Having access to their visions, their expectations, their fears and their strategic planning and strategy development will enrich your business knowledge, especially regarding how the market operates.

In the current fast-evolving global business environment, the rate and magnitude of change are quickly outpacing the established system of economic, social and philosophical theories on which public and private decisions are based. Unexpected political, economic and financial occurrences may change business conditions worldwide in a couple of hours. This may render successful business models obsolete overnight or else turn dumb businesses ideas into flash money-makers.

Technological advancements also add to the increasing instability of the business landscape. The ongoing (and accelerating) technological transformation, notably the application of new technologies and processes by companies, such as big data, social media, automation and artificial intelligence, are increasingly determining the future of business. And altogether, companies are suddenly impacted by unpredictable regulatory reforms, cyber-threats, proliferation of referendums (both in the social media and in the ballot) and many other factors that make the world evermore uncertain. Jack Welch once remarkably said while referring to a company that “if the rate of change on the outside exceeds the rate of change in the inside, the end is near”.

Why, more than ever, do you need critical competitive intelligence?

Business organizations and countries are ultimately gamers in playfields bound by rules and populated by one or more competitors disputing the same goals and prizes. If in the past gaming situations were defined by slow-evolving rules, things have changed dramatically these days. Indeed, yesterday's rules for a given game may no longer apply today. This is what makes the business environment evermore challenging. And this, by itself, clearly demonstrates that countries and companies need to invest in competitive intelligence (CI) to stay afloat and ultimately succeed. CI is the window to look into the dynamics of your competitors. CI can generate extremely valuable information from your competitors’ viewpoints, especially their relationship with customers and how they perceive the market. Data extracted from your competitor’s market monitoring may, amongst other insights, aggregate the beliefs of multiple traders and groups of customers which are a powerful source for generating forecasts (the so-called “prediction markets” which, according to Justin Wolfers and Eric Zitzewitz, perform as well or better than other business forecast techniques).

What do experts say?

Michael Porter from Harvard was one of the first strategists to look into CI. In 1980, he proposed a formal and systematic model to gain information from competitors. A few years later in 1994, Henri Martre, a former head of France's Aérospatiale, followed his footsteps and published an essay dedicated to CI. In Martre’s view, the goal of CI is the production of “new knowledge”. This knowledge is mostly obtained from analysing the development of networks of actors (authors, inventors, companies, towns, regions, countries, journals, etc.); semantic networks (keywords, free terms, ontologies, multiterms); and interactions (actors/semantics). For Martre, CI is thus much broader than knowledge gained from analysing business competitors.

For other authors, such as Cristopher West, CI should focus on observing and interpreting the competition. West believes that market research is the main tool for extracting CI. John McGonagle and Carolyne Vella refer to CI as information extracted from data on competition, competitors and the market that you can legally and ethically identify, locate and then obtain.

Joseph Rodenberg, a Dutch author and business consultant, looks at CI juxtaposed with knowledge management, saying that the latter looks down the hall and the former looks out of the window of opportunity. Rodenberg considers that CI drives the five key drivers of change crucial to every organization: markets, customers, competitors, technologies and legislation. Data extracted from those key drivers constitutes future-oriented actionable knowledge that equips senior managers to take better decisions and to understand the strategic impact of decisions before and after the supposed actions.

The future of competitive intelligence

The emergence of Big Data and predictive/prescriptive metrics elevates CI to an entirely new level. Thanks to the latest advances in data collection and crunching, organizations and countries can now take advantage of terabytes of data from competitors and markets to enrich CI and thus reach new strategic insights for their decision-making processes. Predictive analytics applied to constant feeds of data from the dynamics of the market and its players provide unquestionable clues, notably on how sellers and buyers operate. Likewise, prescriptive analytics will furthermore suggest courses of action to tackle competition and to anticipate changes in the markets. The advancement of data dashboards technology is a particular must in this regard. New customized dashboards based on live data feeding can be tailored for multiple needs, in particular for accurate competition monitoring. It is now possible to replicate with growing accuracy the dashboards of any organization based solely on data legally and ethically collected from its operation in the market and from its known internal organization and proceedings.

Organizations and countries that invest thus in predictive/prescriptive analytics applied to CI will surely gain a competitive advantage towards its competitors. It is a critical advantage that will expand the timely identification of developing trends and new opportunities. It will also enable dynamic benchmarking against competitors. Altogether it will ultimately support and facilitate decisions that speed up and improve return on investment.