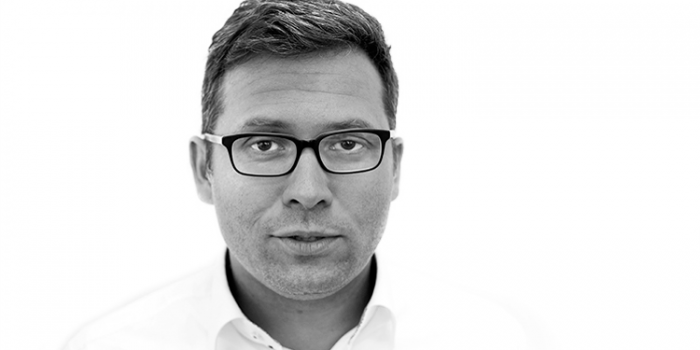 Stefan Groschupf is Chief Executive Officer and Chairman of San Francisco-based Datameer, the end-to-end big data analytics platform for Hadoop that empowers business users to directly integrate, analyze and visualize any data. He co-founded the company in 2009 after several years of architecting and implementing distributed big data analytic systems for companies like Apple, EMI Music, Hoffmann La Roche, AT&T and the European Union.

Stefan is a frequent conference speaker, contributor to industry publications and books, patent holder and advisor to a set of startups on product, scale and operations. If not working, he is backpacking, sea kayaking, kite boarding or mountain biking.

icrunchdata News talks to business leaders in the data and analytics space to learn about what they are currently focused on, explore their career path and talk about their lives outside the office. We recently caught up with him to discuss Datameer's commercial deployment, building a great organization and more.

Thanks for your time, Stefan. Here we go...

After two years in the market, Datameer was commercially deployed in more than 30% of the Fortune 20. What do you remember most about those first two years?

It seemed like the job changed every three months. One day I was an engineer and then I’d maybe be a sales leader or in product marketing. I basically had to become an expert at a lot of different things in a short amount of time. Oh, and I remember sleeping under the desk.

In the last six years, was there a tipping point or defining moment for the organization that you can point to that has been the biggest contributor to the company’s success?

I think it’s more a journey of daily marginal improvements that eventually builds a great organization. With every great hire, you move a little closer to your goal of creating an amazing company. I think that it’s commonly misunderstood that startups have an "ah-ha" moment. Every morning you get up and do things a little bit better. I also stopped sleeping under my desk.

What are you top three things that you focus on each day as the CEO?

I’m in for the long haul – I focus on building a great team, maintaining financial discipline and operational excellence.

What should we get ready for coming out from Datameer in 2016?

I can’t give away too many of our secrets! I will say that we will continue our quest to democratize big data analytics and bring analytics even closer to decision makers. We are listening to our customers’ problems and working to find unique solutions. Our goal is to build a sustainable company so we need to look at the larger issues our customers are facing. So to recap: 2016 Datameer will be better.

You have founded, co-founded and built a number of different technology startups throughout your career. What are a few startups that you are watching that have a legitimate chance at disrupting a market?

Andreessen Horowitz is completely changing how VCs operate and are outrageously successful compared to their peers. I’d also say Mesosphere because they’re solving a bigger problem and not just settling on marginal improvements. Neo Smart Pen has also figured out an approach to bring the physical and digital world together, which I think is incredible. In terms of technologies, I think 3D printing and deep learning will definitely be disruptive – you can already start to see the impact they are having.

You grew up in Germany, and in 2003, you were named one of the most innovative Germans under 30 by Stern Magazine. What did this recognition mean to you?

Well, I should also note that I couldn’t find a parking spot and ended up missing the photo shoot. But, really, it was an honor to be recognized for something that I was passionate about. Especially, when I grew up as the nerd with big glasses in school. Now it’s cool to be nerdy!

You also train for and compete in Ironman Triathlons. When you competed in your first one, what was the most grueling point and what ran through your mind when you saw the finish line?

Every step is a grueling point. The worst was probably when I stopped at an aid station to get water and my legs cramped up, and all I could think was two things: “muscle cramps really hurt,” and “I just need to push through and finish.” That’s also what I thought when I saw the finish line – people can achieve anything. Limits are just in the mind.

Are you training for one right now, and if so, when and where is this one?

I’m addicted! Yes, I’m currently signed up for Ironman Vineman in July next year, which is great because I’ll have some beautiful scenery to help distract me. I’ll probably sign up for a few more next year.

You started on Twitter @StefanGroschupf with, ‘echo “Hello World”’ on March 2, 2012 and now have tweeted over 2,300 times. If you could have a do-over, would you stick with this first tweet or say something different?

Nope, as an engineer, the first thing I had to tweet was a UNIX command that says, "Hello, world!" #nerdlife

#RightOn – We enjoyed speaking with you, Stefan. Good luck at Ironman Vineman.