How Big Data and Internet of Things Build Smart Cities 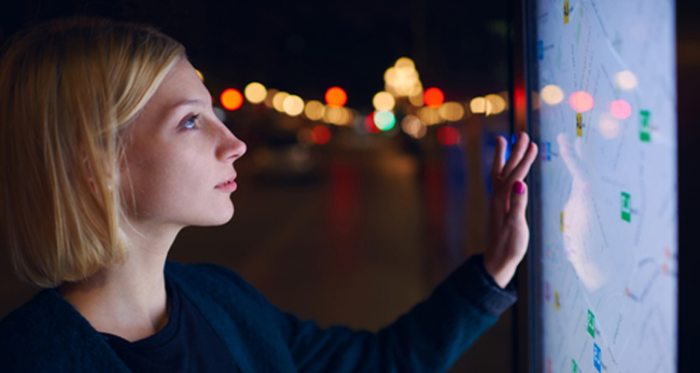 “Smart City” is a term we’ll hear a lot more of in the coming years. It’s estimated that by 2020, we’ll spend $400 billion a year building them. Cities being “smart” is not about algorithms only, of course; there are many things that can be done without too much monitoring. And, above all, there needs to be an overall strategy in place, otherwise, we might end up with tons of pilot projects that we don’t really know what to do with. As the population is growing, people are increasingly shifting to urban areas. According to a 2014 UN report, 54% of the world’s population resides in urban areas, and this share is expected to go up to 66% by the year 2050. “Smart Cities” is this umbrella initiative that is designed to make urban areas more livable, agile and sustainable.

Smart City platforms represent some of the more exciting and impactful applications of real-time, intelligent Big Data systems. An interesting trend is that people are becoming more proficient in the mining of diverse data sources — geospatial and spatio-temporal data, unstructured text from news sources, social media and images. A Smart City is described as one that uses digital technologies or information and communication technologies to enhance the quality and performance of urban services, to reduce costs and resource consumption and to engage more effectively and actively with its citizens. The idea is to embed the advances in technology and data collection which are making the Internet of Things (IoT) a reality into the infrastructures of the environments where we live. Already, large companies such as Cisco and IBM are working with universities and civic planning authorities to develop data-driven systems for transport, waste management, law enforcement and energy use to make them more efficient and improve the lives of citizens.

We will interact and get information from these smart systems using our smartphones, watches and other wearables, and crucially, the machines will also speak to each other. Garbage trucks will be alerted to the location of refuse that needs collecting, and sensors in our cars will direct us towards available parking spaces. Every object will have an IP address of its own via sensors that are connected to it. These sensors, in turn, will exchange data using cloud technology via the Internet.

These Cities are Seen as the Cities of the Future

Cities will be able to fetch responses using Big Data, like the amount of traffic rolling at a particular stoplight, areas where trash cans are full and ready to be picked up or how much water is used every day. This type of information can be collected through wearables, smartphones, cameras or sensors. These cities are seen as the cities of the future, with lesser waste, lesser pollution and fewer problems. These cities are also designed to save large amounts of energy in order to help solve power crises. From New York to Los Angeles, the IoT has helped tackle seemingly impossible problems like traffic congestion, water theft and lesser pollution. There may soon be cities completely covered by Wi-Fi because of IoT.

Technologists and analysts are on a path to discovery, obtaining answers on how technology and the data collected can make our cities more efficient and cost effective. The current model adopted for IoT is to attract businesses to develop software and hardware applications in this domain. The model also encourages businesses to put their creativity to use for the greater good, making cities safer, smarter and more sustainable.

Here are some of the most enchanting ways that cities are using Big Data and IoT to improve the quality of life.

We are in an early evolutionary stage in the way cities are designed and managed. There are several more Smart Cities across countries like China, UK, South Korea, Dubai and some parts of Europe which have adopted the idea of making their cities digitally smarter with the help of IoT technology.

It is important to remember that the Smart City is a world comprised of both the physical and virtual aspects of infrastructure, both of which need to be tied together to be able to manage cities in a more efficient way. New technologies like Big Data and IoT can save cities money from energy saving as well as create value for citizens when traffic is better regulated through collected data. With the integration of Big Data and IoT, our cities will become smarter, generate data that provides useful information and revolutionize our way of life.