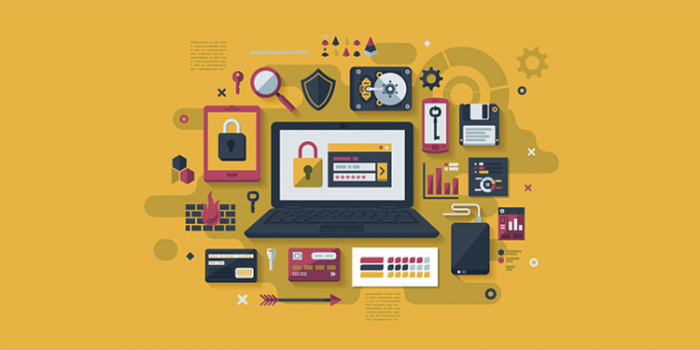 Is integrity more imperative than encryption?

Regardless of encryption everywhere, still unnoticed reconnaissance activities are flourishing and undetected, data breaches or compromises cannot be proven or verified, hackers are one step ahead of any kind of complex or advanced cybersecurity encrypted technologies that emphasize encryption more than integrity.

Unforeseen cyberattacks or data breaches cannot be prevented until known in a form of signatures, malwares or bad files feeding into threat intelligence engines. Even the AI must learn before ready in order to tackle the zero-day or new attack types.

Modern cyber technology is very reactive or defensive, only reacting to the cyberattacks and data recovery led to the problem definition, identification, analysis and remediation. And changes may be applied to prevent the same type of attacks in the future. Even the offensive cyber tools are based on known vulnerabilities, targets, events and methods.

I want my cyberdogs on the loose, even with the entire cyber-army and logistic sleeping, the gang of cyberdogs would still bark on the Trojan horse to discourage!

API, code, people, process and technology have vulnerabilities or design flaws, termed as weakest security links. Leverage of the weakest security links exploitation may occur, and the breach or attempt to break the verified state of infrastructure components or data may be experienced. So a detection and deterrent mechanism should be in place.

Guardtime’s KSI® with blockchain (DLT: Distributed Ledger Technology) enables baseline infrastructure, or data state, and continues with each legitimate updates or events related to infrastructure equipment and its components by replacing with new hashed tag over the initial state of devices and functions, data or events that provides greater sense of integrity.

Keyless Signature Infrastructure (KSI) instruments the digital assets and their components that made up systems and volatile status of the real-time data. For instance, binaries, configuration parameters, routing tables, data stores, event logs, net flow data – all are hash tagged at each instance at each intervals of time. The hashed tags are blockchain-generated values that protect the state of monitored objects in real-time (called data integrity) that are impossible to tamper.

Once KSI ingests a hash value representing asset data, it returns a KSI signature called authentication that can be used for independently asserting the existence of data integrity along with authentication with signing time and signing entity of that data. If unauthorized modification or tamper detected, the state of the object will trigger an alarm and changes the state of work to non-functional, fail-close or hard freeze.

KSI is based on two fundamental mechanisms:

KSI blockchain is scalable, efficient and effective as it can process billions of transactions per second at a fixed constant rate over time. Since the global nodes are required to have common consensus to accept or verify the transactions, fast convergence and reliable network infrastructure are a must.

RSA (PKI) dominated centralized security verification for decades, but it is insecure as it shares a secret across an insecure channel (internet or intranet or extranet). Encryption key compromise triggers massive data leaks, and in some cases reputation damage, as experienced in the March 2016 FBI hacking Apple iPhone.

Data at rest authentication and encryption is complex and causes key management challenges of RSA scalability. Alternatively, KSI uses only strong hash functions for non-repudiation that will still remain secure upon the advent of quantum computers available for commercial practice.

For instance, an artificial system is made up of various components, trusted and verified by various components owners. If a plane crashes, who would be liable – the plane manufacturer; the software supplier; a pilot; other hardware manufacturer; carrier; or traffic controller? Keyless data authentication does not rely on keys, secrets or trusted third parties, so the data is verified on its own by comparing hashed values without the need of trusted third parties.

KSI is being adopted across global governments, and the technology is being standardized as real-time authentication and monitoring is made possible for IoT assets – including IoT devices, firmware, software, configurations, data stores, events and logs, data flows and location postures in compliance with regulatory risk management and framework guidance (NIST SP 800-53, CNSSI 1253, and ICD 503).

Sensing, detecting and reacting to events or logs intelligently in real-time is an important detection capability. An event is a change in state of the object or its components. So the latest updates with new hashing values are applied to each event to protect integrity.

For each event, hashed historical data are recorded and played back over time to discover and provide analysis against the hashed value for various purposes.

Each data must be verified to maintain the reliability and integrity by preserving time and authenticity or originality of data until its full destruction.

Authentication and authorization of IoT devices’ uniqueness and uniform state or status. For any firmware, OS or updates to flash, BIOS must be comply with regulations to preserve integrity, quality and originality and to mitigate the disorders.