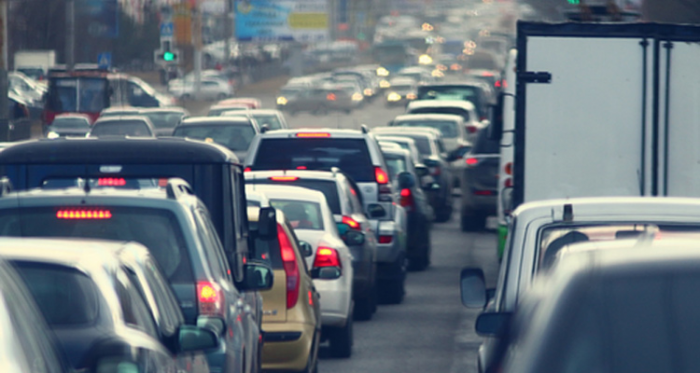 Attendees at the United Nations Conference on Climate Change in Paris are debating and negotiating how to combat the issue. Whatever your position on the topic is, I remember clearly as a child in the ‘60s and ‘70s living near Los Angeles how the sky would be brown and my lungs would hurt if I swam or ran around outside too much. The improvement in air quality has been stunning and much appreciated. A lot of this was from changing to unleaded gas and improved gas efficiency of vehicles. We’re at a point now where government is trying to mandate technological advances with mileage in cars, electric and hybrid cars, but you can’t mandate technology or behavior (they do try, though).

The percentage of electric cars on the road in the U.S. is far below 2%, the highest state records 1.6%, hybrids are at about 6%. They clearly are not making much of a dent, and forget the environmental impact of building those batteries or generating the electricity. Mileage efficiency hasn’t changed much since the ‘70s, although we’re able to get pretty good mileage on heavy duty trucks and SUVs by making them lighter and with more hybrid materials. A consequence of all this light material is that a fender bender at under 5 mph can result in thousands of dollars in damage. What is the best way to improve mileage without waiting for all the old cars to come off the market? Decrease how often a car has to stop.

I live about seven miles from the freeway, and it will take from 10 to 30 minutes to get to it depending on the time of day. The lights are specifically designed to slow you down getting to the freeway in the morning, this is to reduce the influx of traffic onto the freeway within a certain time frame. Maybe this helps the freeway, but it hardly does me much good when it adds 20 minutes to my drive. This illustrates how traffic signals can be programmed to cause certain types of traffic flow, however. Traffic signals change for one of three reasons:

The timers governing these lights are supposed to be updated and adjusted every two years to keep up with recent traffic survey information; however, a 2007 report card from the National Transportation Operations Coalition gave traffic departments nationwide an “F” for their collection and monitoring of data. An estimated 75% of the country’s 300,000 traffic lights need timing improvements. A couple years ago, Los Angeles finished a project to synchronize all 4,500 of its traffic signals. The initial reports showed a 16% increase in traffic speed and transportation experts have predicted that if a similar system was done nationwide, it would see an average of a 10% increase in speed with a 20% reduction in pollution.

Scientists at the Queensland University of Technology in Australia showed that emissions quadruple when having to stop at traffic signals instead of being able to go through them. So in theory, synchronizing traffic signals would be similar to taking ¾ of the cars off the road.

Sitting at traffic lights goes beyond the irritation and inconvenience of slowing down your drive and reducing your mileage; it is also a major health risk, according to Professor Prashant Kumar, a senior lecturer at the University of Surrey, England. Air pollution is 29 times higher stopped a traffic signal with the car in front of you pumping out exhaust right into the front of your car. According to the World Health Organization, this leads to seven million premature deaths a year. Studies have shown a marked increase in suicides among middle-aged men that are exposed to excessive pollutants generated by cars and factories.

A more accurate way to gather traffic flow pattern data would be to partner with companies like Apple and Google to record your traffic flow, for example. You’d then have anonymous data for particular geographic regions and times that told you exactly what was happening. You could even put in predictive analysis so the phone could tell you “if you slow down by 4 mph, your odds of hitting the next light green are now 90%.”

Now you just get some of those same brilliant programmers to write nifty algorithms to manage traffic signals, and there you go. If Facebook can do facial recognition, surely the government can throw a chunk of money at some brilliant coders to solve this. Heck, I even know a few. You could mostly solve this problem in fairly quick order. Where you couldn’t solve it quickly is where the traffic signal technology doesn’t allow for any sophistication beyond simple alarm clock-like timing.