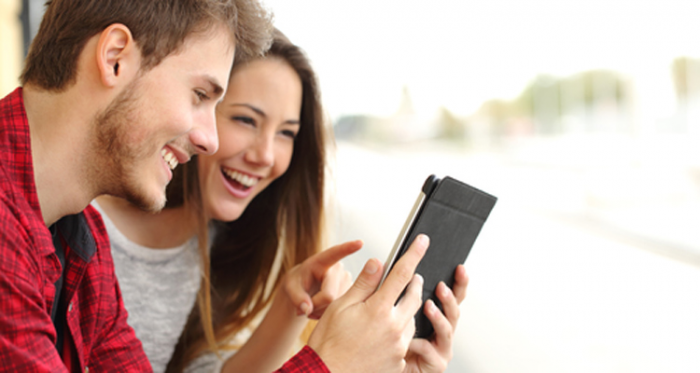 Did you by chance catch HP’s moonshot server commercial back in 2013? I did.

Besides the upbeat violin music, I liked the way the video made reference to the modern Internet and included stats about the voluminous amount of Internet data that’s being shared, such as:

Since the HP commercial debuted, Internet data statistics have only continued to grow.

Without doubt, if the Internet could talk, it would be screaming. Data sharing over the Internet is happening with terrific force today, and one way that data is being shared is via online stream.

Are you familiar with the concept of streaming media? If so, are you an active participant in the process? For example, how often do you access your favorite music via online music streaming sites such as Pandora or amazingtunes.com?

What about videos? Do you enjoy posting or watching videos on YouTube or other video streaming sites? Have you ever used a streaming player like Roku or streaming device like Chromecast to stream your favorite TV episodes? Last, but, certainly not least, have you benefitted by learning something new after viewing a streamed educational video on a site such as Academic Earth?

If you haven’t joined the streaming media user trend, chances are that you will soon. According to the Cisco Visual Networking Index: Forecast and Methodology, 2014-2019 White Paper: “globally, consumer Internet video traffic will be 80 percent of all consumer Internet traffic in 2019…,” and “Internet video to TV will continue to grow at a rapid pace, increasing fourfold by 2019.” The white paper also cites, “every second, nearly a million minutes of video content will cross the network by 2019.”

As a music lover, I admit that I would probably start with analyzing streaming music data. For example, I enjoyed reading media and technology analyst Mark Mulligan’s report, “Streaming Goes Global: Analysing Global Streaming Music Adoption,” which contains interesting stats like the gender split of global streaming music users back in 2012 was 54% male and 46% female.

Also, as a native of the Tarheel state, I would enjoy analyzing the data of current streaming media users in North Carolina to better understand usage trends in my local area.

But, back to you. If you haven’t already, will you be embracing new media streaming technologies? Chances are that you will amplify the Internet data scream sooner rather than later.