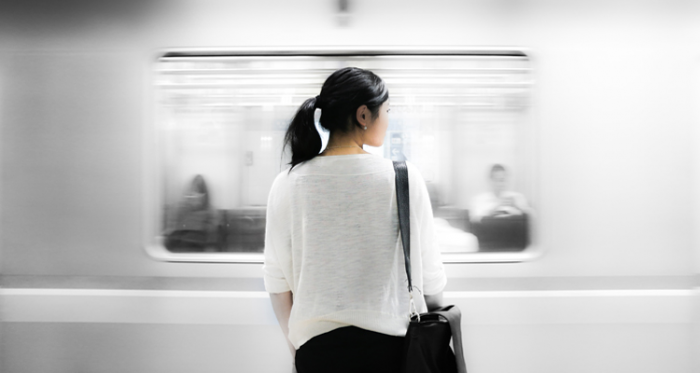 Imagine living in a city where the roads are clear of traffic jams, the water and the air are pollution-free and the city knows every resident and provides the right service for each one at the right time and place. This is not the Land of Oz, but a revolutionary concept that is slowly coming to reality, known as the Smart City.

What is a Smart City?

Shortly after the European Union launched the “Living Labs” project, which created real-life “labs” in European cities to experiment with new public policies and innovations to tackle social problems, IBM announced the “Smarter Planet” initiative along with the “Smarter Cities” concept. The idea behind IBM’s Smarter Cities is to use IBM’s data analytic capabilities and advanced data capturing infrastructures to enhance every aspect of a city.

A Smart City refers to any city that leverages information, communication and mobile technologies to achieve sustainable social and economic growth, enhance the city’s soft and hard services and improve the quality of life of its residents.

The EU and U.S. cities are pioneers in the Smart City movement, already investing millions of dollars in infrastructures and projects that improve city operational efficiency and transform city policies. In Asia, both Singapore and Korea have drawn up plans to build smart cities. With a rapid rate of urbanization and population expansion, China sees the potential benefits of having smart cities and is jumping on the bandwagon.

For many decades, Guizhou, a Southwest province of China with a population of 35 million from diverse cultural backgrounds, has been known for its natural sceneries and tourism. In 2013, as the capital of Guizhou, Guiyang was selected as the pilot for Smart City by China’s Ministry of Housing and Urban-Rural Development. In the same year, the Guiyang government launched the Wisdom Guiyang project.

One of the major infrastructure deployment initiatives is to build a city-wide Wi-Fi network that covers all major business, entertainment and public areas and is available free of charge. While advancing the mobility of its residents, the Wi-Fi network allows Guiyang to collect real-time data from Wi-Fi users, generating dynamic insights about the city and the people of Guiyang.

Information sharing has always been an important topic to smart cities. San Francisco, for example, publishes thousands of datasets about the city to encourage an active participation of its residents in the city’s smart city movement.

The Guiyang smart city system constitutes 11 areas of smart applications: administration, urban management, transportation, community, tourism, environment, power grid, industry sector, Internet of Things (IoT), public services and finance. While each area represents a unique aspect of the Guiyang smart city evolvement, digitization of operations and sharing of data are at the core of the smart city system as a whole.

During the summer of 2015, I had the opportunity to visit Guiyang and witnessed some of the “smart” parts of the city myself. 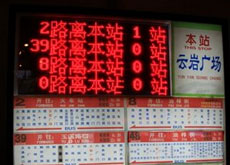 The urbanization of Guiyang has resulted in increasing demands for public transportations. As a major focus of Wisdom Guiyang, the Guiyang government is setting up a multi-channel transportation service platform. The platform synchronizes real-time traffic data with public transportation schedules, and then it pushes dynamic traffic information through the internet, radio and mobile apps.

There has also been a massive upgrade of infrastructures for public transportation. For example, the city is seeing more digitized station boards that tell commuters how many stops away each bus is from them. 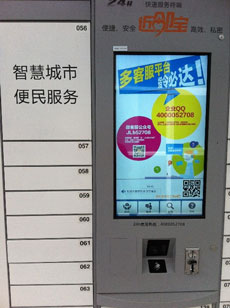 Finally, to generate more value from the various information platforms that had been created as a part of Wisdom Guiyang, the city is establishing the Resident Card program. By integrating data across multiple service platforms, the Resident Card is designed to access city services including transportation, social security, healthcare, police, banking and travel.

The Resident Card provides more benefits to students and elders as they enjoy discounted services and prioritized access with their specialized Resident Card.

Under the one-card system, more data is generated each time a transaction takes place with the Resident Card, allowing the city of Guiyang to become smarter in using its resources and providing customized city services to its residents.

As China engages deeper into the Smart City movement, challenges will also become more obvious. Successful Smart City implementations require an active participation of the stakeholders, particularly the residents. However, as of 2015, China’s internet penetration rate was only 47%, while it was over 90% for many European countries. Furthermore, approximately 60% of Chinese population own cell phones, which is incomparable to the 91% cell phone ownership in the U.S. The lack of internet and cell phone usage would diminish the values derived from the Smart City.

Another challenge lies in open data. The Wisdom Guiyang project has demonstrated China’s endeavors in making public sector data transparent, but there has been little progress from the private sector. The limited open data involvement from the private sector is largely due to two reasons: first, China has not yet established a structured internet and intellectual property protection system, in which companies are comfortable sharing their data; second, companies have little financial or social incentive to share their data.

To maximize stakeholder participation and take full advantage of the Smart City, China must invest in increasing the adoption of information technologies and aligning its legal systems with today’s open data environment going forward.