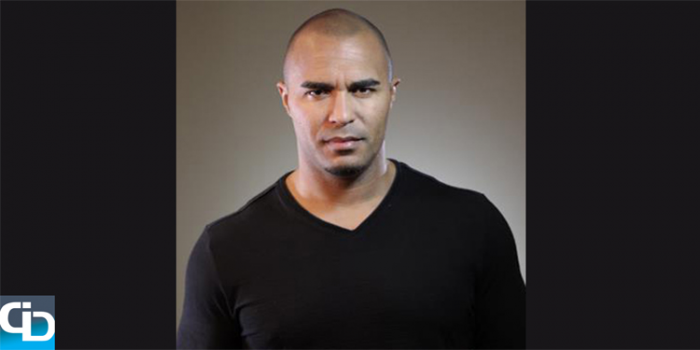 Jade Charles is the Founder and CEO of Fragmob, a world class mobile sales software for the Direct Sales industry that empowers their clients with a powerful direct selling mobile solution. He  is an industry leading expert in mobile development technologies and online social psychology, and also started his first company when he was 19.

icrunchdata chats with industry leaders in technology about what they are currently working on, how their career path got them to here and what their interests are outside of the data. We caught up to Jade to discuss what is going on at Fragmob, his passion for technology and what it was like to start a company at 19 years old.

Jade, thanks for your time today. Let’s go…

You are the CEO of Fragmob, a mobile sales software company that you founded in January 2010. What was your motivation to start Fragmob?

I’m an engineer by trade with an extensive background in commission engines, sales tools, usability, and social networks. I had a full time job at the time at a startup called PathConnect building social networks and sales platforms for the Direct Sales industry. Like most developers, I’d experiment with new technologies any chance I got. I was heavy into social integration in 2009 and got my first G1 Google phone that year.

After PathConnect was acquired by another Direct Sales software company in late 2009, I used my connections in the industry to integrate with a prominent commission engine provider. That gave me the leverage to build an integrated prototype of a Direct Sales app on the G1 phone that worked with existing platforms. At the time, no such thing existed. I told the CEO of ViSalus, Ryan Blair, what I was doing and he made me a deal: If I built the app out completely and it worked, he’d buy it. He helped me a lot in terms of what tools would be valuable and what wouldn’t. But what didn’t help was the fact that he, and his entire executive staff, had Blackberrys! The first public build was on a Blackberry (let that sink in). Needless to say, the app worked out quite well as ViSalus was our first client. He also introduced me to some very influential people, including Jonathan Shapiro, who would ultimately become co-founder of the company. We raised our first round of funding, $1.3 million, in late 2011.

In the last 5+ years, can you point to one specific moment or tipping point in the organization when you knew you were really onto something big?

There were actually a few. The first release was on stage at an event with about 5,000 people. Up to that point, that was the most stressed I’d ever been in my life. In the end, everyone loved it. But more importantly, I could see what holes in the industry we filled, so the path forward was clear.

Another tipping point, personally, was that first round of funding. I remember seeing the first chunk of money hit the business bank account. It was about $60,000. That was, by far, the biggest value I’d ever seen in my online banking account. I stared at it for about 20 minutes. Oddly though, when the rest of the $1.3mm came in, I felt almost nothing. That was the “Napoleon Dynamite” moment. “I guess you could say things are getting pretty serious.”

Fragmob is disrupting the $176 Billion direct selling industry with mobile and data-driven experiences. What should we expect to see coming from Fragmob in the next 12 months?

Right now, we’re focused on helping the salesperson make money. In 2016, one of the major pushes is to start helping the companies themselves save money. Helping salespeople help themselves and some other tricky stuff that I don’t believe anyone is thinking about. We’ve also gotten to the point where we are efficient enough to double down on innovation and analytics. We have two major products slated for release in 2016 that reflect that.

Do you see another industry that is outdated and ripe to be disrupted with technology?

I think a shorter list would be the industries that aren’t ripe for disruption. We’ve been kicking around some ideas internally, but nothing set in stone. One angle is looking at any industry with a distributed and mobile sales force. Real estate, insurance and recruiting are the obvious ones. The trick is to find the holes in each industry so we can fill them. Then we see how much of the platform can be re-purposed. It’s a process.

You started your first company when you were 19 years old. What was the business and what motivated you to start it at 19?

Pretty much what you’d expect. A web design company, PyroGrafix. I started it with a computer science classmate at UH Manoa.

I had been doing it for fun already and had actually gotten in trouble with the Electrical Engineering department for spiking the network. UH gave us free web space with a cgi-bin folder and a .edu domain, so I wrote this Perl web app that was basically a blog with comments. I’d post random crap on there like what happened at football practice, inter-island traveling, spearfishing, gross pictures I’d find on the internet, coding and scripts. Anything I thought was amusing at the time. Somehow, I got into the search engines (Excite, Alta Vista, etc) and wound up with a bunch of traffic. About 8k page views per day, if I recall correctly. The network admins didn’t like that very much.

The company was just a way to formalize the work referrals I’d get from the site and to get off the university’s system (they revoked my cgi-bin access). I wasn’t making huge money; about $2,000-$3,000 a month, but for a college student in Hawaii, I was ballin’. My partner ultimately didn’t have time to continue, so it was just me for the most part and I’d “outsource” most of the grunt work (data entry) to my friends for like $10 per hour. I had no clue as to what I was doing, but it was the Wild West back then so that didn’t really matter.

If you could go back in time and have a conversation with your 19 year old self, what advice would you give him?

Good question. That would be a long conversation. I’d probably open with the whole “fear is an illusion” deal, and being genuinely honest about being afraid of something so you can start to change it. Especially, but not limited to, public speaking and having faith (mostly blind) in yourself. I think people have trouble being honest with themselves about their fears and weaknesses. I was no different. Fear is obviously a natural thing, but if you don’t take care of it, you’re selling yourself and everyone around you short. That’s not cool, at all. I should have addressed that stuff much earlier in my career.

Spend time with my daughter who lives in Australia with her mom. That’s a story for another time, though. Also, my younger brother, Kenyatta, back home in Hawaii. He’s one of those types of people who makes everyone about two clicks happier when he’s around. We go off-roading, spearfishing, camping/BBQing, etc. He pretty much always catches more and bigger fish than I do, but I look slightly better in my wetsuit.

Also, more jiu jitsu. I’ve been training for a few years now, but I’m a total amateur compared to some of my friends. I think everyone should at least try it. A lot of the guys here at Fragmob also train so it’s become sort of a theme, even two of our investors. You can do a lot of team building by choking people unconscious. True story.

Also, travel. I need more time... and a travel partner.

You went to the University of Hawaii at Manoa just outside of Honolulu. Let’s say I’m flying through Honolulu and have a 6-hour layover. What would you recommend that I do, where do I eat and were should I grab a drink?

Probably Duke’s Waikiki for drinks. It’s right on the beach. But to be honest, most of the places I like are based on nostalgia. I’d recommend some of the outer islands unless you want a hardcore tourist experience, which is cool if you’re into that sort of thing. The North Shore is probably the best place to visit, in my opinion, but that’s way outside of Honolulu and six hours might be cutting it close if you’re committed to that flight… I doubt you will be.

If tomorrow you had to choose a career completely outside of technology, what would you choose to do?

Maybe something in video production like my twin brother Echo does. He meets the most fascinating people in his line of work and he creates things that reach and affect millions of people. He had a gig in Los Angeles and I remember seeing a picture he posted training with Ronda Rousey and thinking, “I’m the one who isn’t married... Just sayin’...”

We also used to be heavy into art, so anything in that space makes the most sense from a fulfillment and career perspective. I’ve wanted to open a bar or lounge in Hawaii for a while, so that’d be another option. I’ll probably do that eventually anyway.

Jade, that’s all that I’ve got for you today and that is a perfect way to end our conversation. Thanks for speaking with us.