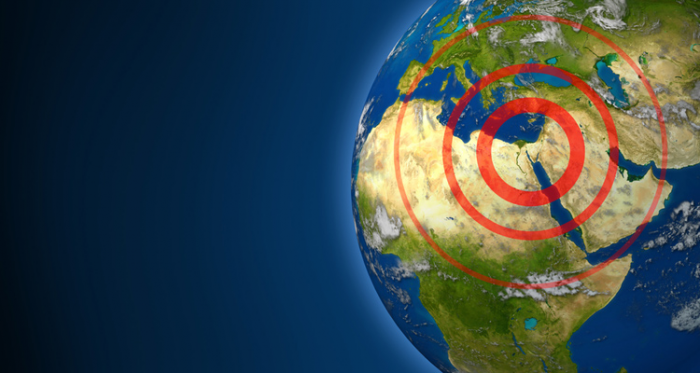 Syrian conflict is undoubtedly the worst humanitarian disaster of our time as more than 11 million people have been displaced from their homes. So many thousands have been killed as they try to crossover to Europe in the hope of a better life. There is no single way to tackle a humanitarian crisis of this scale.

The best way is a collaborative effort where aid workers, governments, individuals, tech experts, corporations and just about every other interested group come together to resolve this crisis.

The existing solutions and peace efforts have not yielded results so far. Maybe it is now time to turn to technology, specifically Big Data, to see how it can be used effectively to tackle the current crisis and more importantly, to predict the occurrence of such humanitarian displacements in the future.

So how can Big Data be used to effectively tackle the Syrian refugee crisis? The simple answer is - in a myriad of ways because Big Data opens up possibilities to do so much for these people who have lost their homes and livelihood.

Unlike in the past, it was technology that helped the world to understand the ground situation in Syria. Information from Twitter and YouTube were collected and analyzed using Big Data tools to get a better understanding of the different communities involved and how they impact ordinary Syrian citizens.

These can be represented as: 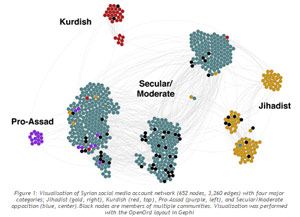 This understanding is the first step towards resolution as the world now knows who the players are, their interests and how to best tackle this problem.

The Syria Tracker Crisis Map, created by US-based Syrians, helps to document the crisis situation in Syria. This map uses data submitted on social media, crowd-funded data, eye witness reports and other information shared through email or Skype. This tracker uses Big Data to analyze all this information to document human rights violations.

Also, this tracker provides information to aid agencies and the UN on the likelihood of an outbreak of diseases, so that appropriate steps can be taken to contain them within smaller geographical regions in Syria.

For the common people too, this tracker helps to predict when the next attack would occur so that people can stay safe. Furthermore, it provides a practical guide on how an individual can protect his or her identity and security while using mobile phones. All this information is invaluable to protect Syrians who continue to live within Syria.

One of the worst issues of any conflict is human trafficking and Syria is no different. Thousands of Syrians are being exploited in different ways and Big Data can help to stop this trafficking.

Humanitarian Tracker is a non-profit organization that has collaborated with SumAll.org to use Big Data for tracking Syrian refugees. This tool, called the Syrian Tracker, encourages refugees to enter information about their current location and where they are headed so that it is possible to avert any major trafficking attempt.

Since all the information is kept anonymous and is routed through an encryption software, Syrians can feel comfortable while reporting the status. They are also encouraged to report rapes, murders and any other form of abuse to help others from facing the same fate.

Though the above measures are small initiatives, it can nevertheless help Syrians to stay safe. At the same time, it also opens up opportunities to come up with more tools that have the potential to resolve this conflict.

In short, Big Data has just entered the Syrian sphere. More collaborations and innovative tools using Big Data combined with political will from developed countries can sure help Syrians to return back to their country and live in peace.