Big Data Is Rushing the Stage in the Music Industry 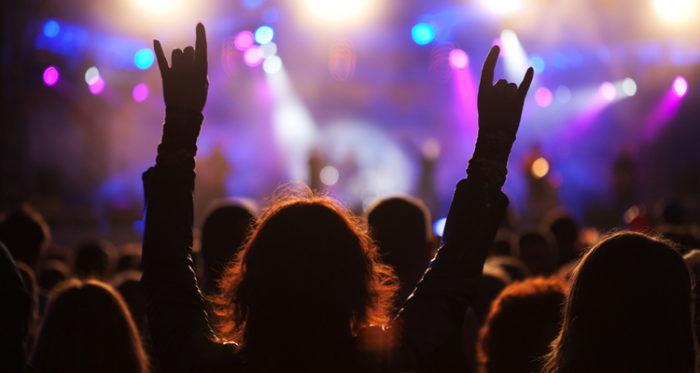 There is no doubt that the internet age has significantly impacted the music industry. The debate surrounding streaming and illegal torrenting has long been contended by recording artists and it’s an issue which doesn’t want to go away. A prime example is British artist La Roux, who explained in 2014 that she made very little money from streaming on her debut record.

More recently Kevin Kadish, who co-wrote 2014 hit “All About That Bass”, spoke before a US House Judiciary Committee and explained that he had only received $5,679 for more than 178 million streams of the track. Whilst the industry seems a little unsure on how to compensate artists, there is no doubt that record labels have had to tread water in order to embrace streaming services and other online offerings.

Since its emergence in 2008, Spotify now has over 24 million active users, with over 6 million paying customers. The service has over 20 million tracks with over 20,000 new tracks added every day. This type of service can provide a comprehensive picture of the health of listener behaviour and an insight into the health of the music industry.

During 2014, Spotify acquired “music intelligence company” The Echo Nest which allows for the right tracks to be put in front of the right listener. Bought for $100 million, Spotify highlighted that data analysis in music was a major step up and that it was a certain game changer.

Digital music consultant Mark Mulligan gave insight into the importance of the software:

“The industry is already awash with data”, Mulligan stated. “But the ability to extract insight from the flood of information, which many people refer to as Big Data, is still in its infancy, with companies such as the Echo Nest and Gracenote exploring the possibilities for music and entertainment. That's why, for example, music recommendations are not always spot on”.

"Spotify has so much listener data of its own," Mulligan stated. "What it's buying with Echo Nest is the expertise and algorithms that can make sense of all that data."

VP of Strategic Insights and Research at Universal Music Group, Alisa Orlander, explained that Big Data allows record companies to take a more intimate look at who the consumers really are and their path purchases. According to Olander, technological change in the industry has hugely affected how people engage, purchase and consume music.

Rajesh Babu, Senior Director of Global Business Intelligence at UMG gave an insight into the technical aspect of how the data is analysed:

“The SQL Server Fast Track Data Warehouse renders a report based on one week of data at a rate 20 times faster than their old IBM DB2 solution.  Every day the solution processes more than 40 million transactions and generates about 800 reports for 1,000 users. In addition to expediency, there is 100% uptime so UMG data is always available and accessible. This way reports are delivered on time and consumer data can be tracked accurately and analysed accordingly.”

At an estimated cost of £1.8 billion per year, analytics in the music industry has become a big money game which has shown to help build innovative marketing strategies.

However, if we look at the wider impact of Big Data we can see that the picture isn’t quite so rosy with only 10%-15% of UK businesses taking advantage of a Big Data strategy.

Campbell Williams, Group Strategy and Marketing Director at Six Degrees Group stated, “Everything is dependent on the internet here. We have smart devices that are constantly connected, cost effective storage tools and virtualisation storage. Most businesses with any level of maturity will have some form of systems of record: CRM, ERP, IT service management packages, etc. It is important to have proper tools to help you to manage that data, build a data warehouse, look at data mining tools and business intelligence tools etc.”

It’s very clear that Big Data has had great influence on the music industry and it is constantly growing and developing. The vast data provided by streaming analysis allows for record labels to predict what they think will be the next big hit. So whilst streaming services have come under fire from some artists, Big Data is only the tip of the iceberg for analysis in the music industry.