Is Your Career Suffering Because of a Sleep Disorder? 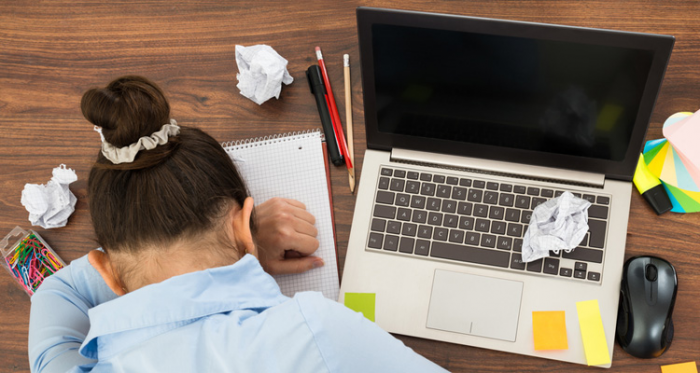 Your head hits the pillow after a long day and instead of effortlessly drifting off to sleep, you find yourself staring at the ceiling not able to fall asleep.  Or worse, you close your eyes only to open them frequently to check the clock.

Clinical studies show that 40% of the population has trouble sleeping. I know for myself, it typically takes about 30 minutes to fall asleep.  Now and then it is restless sleep.

When I was younger, from about my teens to thirties, it would take me more than two hours to fall asleep. As an adult, I discovered I had weight ­related sleep apnea and had reached an unhealthy level where good sleep became a problem for me.

Additionally, my years of sleep issues (compounded with genetics) recently resulted in a near fatal heart attack.  This led me to thoroughly research the topic and share the facts with you in this article.

Strange as it may sound, sleep is a very active process and it is more than the absence of wakefulness. It involves a complex physiological, psychological and behavioral states coordinated by your nerve cells (neurons) and brain chemicals (neurotransmitters). This is regulated by your central nervous system.  Every organ in the body is affected by the quality your sleep.

To break it down even more, human sleep is characterized by five stages:

I was most interested in the relationship between sleep and heart disease.  I found good research from Norway that suggests a strong link between insomnia and an increased risk of heart failure. This got my attention. During heart failure, the heart stops pumping enough blood around the body at the correct pressure.  This is usually due to a weakened heart muscle or stiffness of the arteries that impairs the ability of the heart to work effectively.

The Norway research is an 11 ­year study examining insomnia and cardiovascular risk factors in more than 54,000 men and women aged 20­-89, who were free of heart failure at the beginning of the study. The results showed that those who reported insomnia symptoms suffered a threefold increased risk for heart failure, compared with those individuals who had no insomnia symptoms. This was the case even after adjustments for factors such as age, sex, marital status, tobacco and alcohol use, depression and anxiety.

Researchers concluded that difficulty falling asleep or maintaining sleep increased the risk of developing and/or dying from cardiovascular disease.

Below are some typical habits that cause problems with sleep include:

Norwegian researcher Dr. Borge Sversten, a professor of clinical psychology at the University of Bergen, noted in his research that sleep problems have become an economic nightmare with 253 million sick days being taken per year in the United States alone due to the problem. There is a growing recognition that insomnia and sleep apnea cause both absenteeism and may lead to serious accidents.

A Harvard Medical School sleep study conducted in 2011 by researcher Ronald C. Kessler, Ph.D., found that American workers lost about 11 days and roughly $2,280 per year in lost productivity. The study also found that the estimated annual cost of sleep deprivation is over $63 billion in the U.S.

A new Australian study found that about 2% of Australia’s GDP is lost due to sick leave caused by various sleep disorders.

Aurora Health Care in Wisconsin, for example, had over 2600 employees take part in a 6 week online course for insomnia sufferers in 2012. This was after the managers surmised that sleep deprivation was an issue with their workforce. The follow up surveys and observations by Aurora say that an average of $672 in productivity savings per participant, per year were realized.

There are around 90 sleep disorders listed in the International Classification of Sleep Disorders (or ICSD), these break down into four categories:

The percentage of people getting insufficient rest or sleep from the ages of 18-64 is fairly consistent at around 25% according to the CDC, but the 25-34 group are the worst at nearly 29%.

Not surprisingly, according to the same CDC data, people with children or who are obese get less sleep than their counterparts, around 30%. Somewhat surprising is that married couples get better sleep than all other configurations of singles and couples.

Sleeping medications (either prescription or over the counter), when taken for long periods of time, become less effective. Also, studies with older individuals indicate that prolonged sleep medication may falsely appear as symptoms of dementia, including slowed and/or slurred speech, impaired thinking and memory problems.

With all the health apps and other health-­related technology, I decided to see if could find something helpful on my Android phone. Everything I found was some variation of nature sounds, white noise or monitoring systems that recorded how often I slept or woke up.

None of these really helped, but then I ran across a brand new app called SleepSound. The reason this stood out is because it is designed by two clinical psychologists with behavioral medical specialties. They took a completely different approach.

This particular app works by pulsing sound and light in a pattern that essentially synchronizes with your brain waves, causing the brain to slow down to the point that you are gently put it into sleep state. When I first tried, it was a very odd sensation. To start I was thinking that pulsing sounds and flashing lights would not calm me down.  In fact, it feels strange for the first minute or two and then suddenly my brain started to relax. All I know is that I was asleep in what seemed to be a much shorter period of time than usual.

The app has a configurable start and end pulse rate, as well as a session duration in case you take longer or shorter to get to sleep. The adjustable start rate is important as you could be more or less alert when you start. I tried a higher rate and was getting agitated, so according to the instructions, I lowered the start rate.

Another nice feature if you're prone to waking up is that you can use the app again and adjust the time and pulse rate until you are able to get back to sleep. The app also allowed for background sounds like ocean and wind chimes or no sound at all. I was getting fairly desperate for a better way to fall asleep and I found it.