Big Data - The Core Disruptor of the New Digital Age 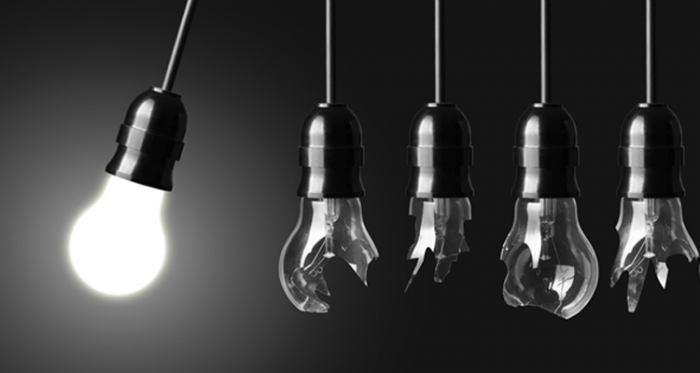 Big Data is roaring through all sectors of the economy and all areas of life. Data now streams from daily life.  From phones, credit cards, televisions and computers to the infrastructure of cities, to sensor-equipped buildings, trains, buses, planes, bridges and factories.

It's estimated that 43 trillion gigabytes of new data will be created by the year 2020. This is an increase of 300% from 2005 figures. The average company in the United States has 100,000 gigabytes of data stored locally and in the cloud.

Big Data has brought the market to an inflection point causing massive disruption:

1) The uses of Big Data are huge and diverse.

Big Data promises to solve virtually any problem just by crunching the numbers. Take Siri, the talking and question-answering application on iPhones. Apple bought Siri in 2010 and kept feeding her more data. Now with people supplying millions of questions, Siri is an increasingly adept personal assistant offering reminders, weather reports, restaurant suggestions and answers to an expanding universe of questions.

Data flows so fast that the total accumulation of the past two years—a zettabyte—dwarfs the prior record of human civilization. But the biggest surprise for us perhaps, was the very diversity of the uses of Big Data and how it is already changing people’s everyday world. Many people see Big Data through the lens of the internet economy since Google and Facebook have so much data. But that misses the point: Big Data is everywhere.

Big Data improves economic efficiency, but that’s only a very small part of the story. It improves health care, advances better education and helps predict societal change from urban sprawl to the spread of the flu.

Big Data is roaring through all sectors of the economy and all areas of life. The Big Data revolution is far more powerful than the analytics that were used in the past.

Consider Big Data the new ability to crunch vast collections of information, analyse it instantly and draw conclusions from it. Big Data is about predictions: math applied to large quantities of data in order to infer probabilities.

Because Big Data allows us to analyse far more data, we will move beyond expecting exactness and can no longer be fixated on causation. In marketing, familiar uses of Big Data include “recommendation engines” (like those used by companies such as Netflix and Amazon) to make purchase suggestions based on the prior interests of one customer as compared to millions of others.

Target famously used an algorithm to detect when women were pregnant by tracking purchases of items (such as unscented lotions) and offered special discounts and coupons to those valuable patrons.

Credit card companies have found unusual associations in the course of mining data to evaluate the risk of default.  People who buy anti-scuff pads for their furniture, for example, are highly likely to make their payments.

3) Competitive advantage it brings through differentiation.

Big Data is one of those technologies whose contribution is more than the sum of its parts. Whilst companies often associate Big Data with the amount of data they acquire, the true business value is gaining the insights from the analysis of the data and the competitive advantage it brings through differention.

In the public realm, there are all kinds of applications: allocating police resources by predicting where and when crimes are most likely to occur, finding associations between air quality and health or using genomic analysis to speed the breeding of crops like rice for drought resistance.

In more specialized research, as an example, creating tools to analyse huge datasets in the biological sciences enabled Pardis Sabeti, Associate Professor of Organismic and Evolutionary Biology, to study the human genome’s billions of base pairs and identify genes that rose to prominence quickly in the course of human evolution. Now we can determine traits such as the ability to digest cow’s milk or resistance to diseases like malaria.

It is so true. Changes to customer technology and behaviour are creating the need to radically rethink organizational strategy now. Especially as now for the first time in history, consumers have much better technology than the enterprises that serve them. Many of today’s new start-ups are born into a world of data so they are created thinking about how they can use data.

Indeed some businesses have created business models that are completely reliant on data. The use of Big Data will become a key basis of competition and growth. Most industries will leverage data-driven strategies to innovate, compete and capture value from wide-ranging, deep and real-time information. It will speed up decisions and help companies become more effective and efficient.  It will enhance revenue acquisition, optimise the way resources are used and be more effective in the way risks are managed.