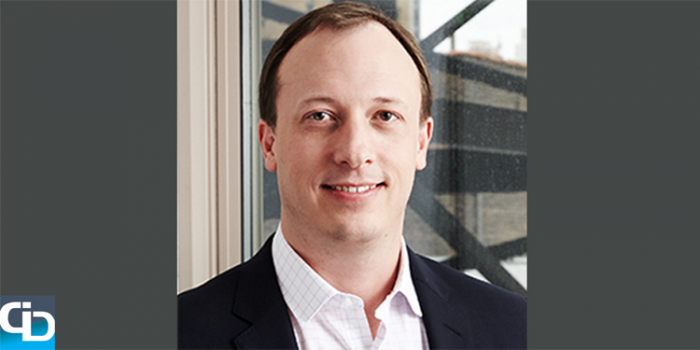 Kelly Stirman is the VP of Strategy at MongoDB, the fastest-growing database ecosystem with over 10 million downloads, thousands of customers, and over 1,000 technology and service partners. Prior to MongoDB, Kelly held technical leadership, marketing, engineering and sales roles at Hadapt, PeopleSoft, GE and PwC.

icrunchdata speaks to technology thought leaders about what they are currently working on, their background in analytics and what they are interested in outside of the office. We spoke to Kelly to discuss his role at MongoDB, his career working with companies from Fortune 500 organizations to startups and his outside interests.

Kelly, thanks for speaking to us today. Here we go…

You are currently the VP, Strategy for MongoDB and started in November 2012. What has been the biggest change in the organization since you started?

The biggest change has been the external level of awareness and understanding of MongoDB. We’ve gone from being a technology that every developer used at a hackathon, to a database that is in production in 30 of the Fortune 100. Wherever we go – everybody knows MongoDB.  Where we once just spoke with developers, now we’re talking to CIOs, CTOs, administrators, data scientists and analysts.

As we have grown and established broader external recognition, the manner in which the company operates has also evolved. We’ve changed our go-to-market, where we have offices, who we partner with and how we develop our product road map – all in a bid to better deliver a great product to the people who need it.

Ultimately, that’s why it is so invigorating working at MongoDB. We plan on being the greatest open source company of all time and to get there we’re going through incredible cycles of change.

What are your top 3 responsibilities that you focus on each and every day?

I think about my top three responsibilities like this:

MongoDB is a backend software that has been adopted by a number of major websites including The Weather Channel, Forbes, The Gap Inc. and Facebook. What should we expect to see coming from MongoDB in the next 12 months?

We have a major release coming at the end of this year: MongoDB 3.2. This release will expand the types of use cases that MongoDB is great for, such as in-memory computing and use within highly regulated industries. To enable this expansion we’re releasing features such as: encryption for data at rest, heterogeneous data analysis and a new graphical interface to simplify everyday use of MongoDB.

It will be a significant broadening in use cases but it will also be a real shift to embrace a wider range of users too. As I mentioned in an earlier answer, historically MongoDB was all about what developers could do with the database. Now we’re going beyond that to look at how to manage infrastructure, fit into the wider stack and deliver insights into the data. To make that happen we need MongoDB to be more accessible to people throughout the organization.

You’ve spent your entire career in technology. Did you ever consider a different career path outside of tech?

I never planned for any of this. When I graduated college, I had never used a computer or the Internet. That is the truth. And P.S. I’m not that old. It’s safe to say I wasn’t dreaming of setting Silicon Valley alight with my big ideas.

I was planning on going into medicine. I had already arranged the grants and I spent my summers working at various medical universities. I was basically on my way to the stethoscope and white jacket when I got a call from an alum I knew through a friend.

This guy just asked if I wanted to come and help him build some websites. So I did. The first piece of software I ever wrote was for a thermal printer, it’s been all gravy since then.

If I could do anything now it would probably be to own a restaurant and/or be full time stay-at-home dad so I could spend all day with my three kids and cook for my wife.

Do you see an industry that is ripe for and in desperate need of being disrupted by technology?

The nature of technology is to be disruptive. That’s a fundamental assumption. It’s why I’ve stayed in this industry so long. We fetishize certain products and everyone is looking for the new Uber, but really every organization is under constant pressure to evolve.

I can’t think of a single industry that isn’t being completely reinvented through technology. There is no more complacency. You can’t just be good at what you do now, and things will be fine for the rest of your life. Every person and every organization needs to be constantly looking over their shoulder.

You graduated from St. John’s College in the beautiful city of Santa Fe, NM. What was the best part about going to school and living in Santa Fe?

The great books of western civilization and green chili.

What is the latest gadget that you’ve purchased for yourself and phones don’t count?

BMW I3 – it really is a gadget and it’s amazing.

MongoDB encourages a completely flexible approach to work, which means I’m lucky enough to get to build my work around my life. I actually skied 50 days last year!

However, like everyone, I wish I had more time to hang out with my kids, ski (even more) and cook for friends and family.

It looks like you are a fan of ‘It’s Always Sunny in Philadelphia’. Who’s your favorite character and why?

I don’t actually watch it anymore, but it’s definitely the Danny DeVito character. I’ve loved DeVito since he was on Taxi and I can’t help but believe he’s playing himself in that show.

I lived in Center City for a decade, not far from where the show takes place. While I can’t tell you people truly behave like that, it does tap into a deep dark sense of humor which I really like.

You have a number of pictures on your Twitter feed @kstirman of some pretty incredible looking craft beers. If you were only able to drink craft beer from one specific brewery for the rest of your life, which brewery would you choose?

I spend a lot of time in Vermont and it’s a special place to me. In a relatively small area there are three remarkable breweries: Hill Farmstead, Alchemist and Lawsons. Choosing just one brewery would be like telling one of my children I love them over the others. I couldn’t do it.

But if I got to drink exclusively from any one of those breweries for the rest of my life, well, it would be a damn fine life.

Kelly, it sure sounds like it would be. That’s all we’ve got for you today and thank you for taking the time.