The Evolution of the Data Analyst Species 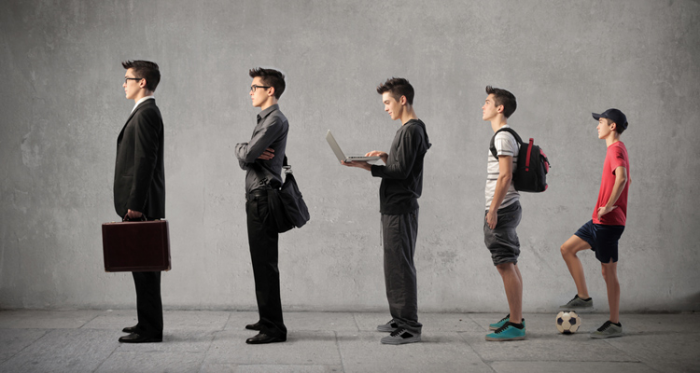 I enjoy maturity and evolution models of all kinds, especially for business. There is a “stages of maturity” model for information technologies and others for management accounting practices. What I like about stages of maturity models is that they provide confidence that regardless of what stage one is at – low or high – there is a next step up that can be attained in an evolutionary way.

In Biology, the evolution of humans has (in its earlier stages) Australopithecus, Homo erectus, Neanderthals and our current stage Homo sapiens. Examples of important changes are brain size, hand grip and a larynx for speaking.

Just to have some fun I will take the position that some statisticians and analysts are primitive Homo Analyticus. Just as with humankind, there are overlap periods where primitive statisticians co-exist with more sophisticated ones who possess more capabilities and skills. This implies that they will evolve in their future.

The stereotype of a statistician is a total geek with pen pocket protectors who rarely strays from his/her cubicle. These are the Homo Analyticus. In the evolutionary ladder they can become decision makers and executives. They can add value way beyond just analyzing data. They assist their organization in gaining insights and making better decisions.

Obviously I’m not suggesting that many analysts are prehistoric humans with beards, wielding clubs and appearing like the Flintstones. I am suggesting that some analysts have yet to evolve into fulfilling their potential of being truly creative and imaginative.

For example, when examining a population of event data, don’t just calculate an average.

Ever hear the joke about an average? “My feet are in the hot oven and my head is in the refrigerator, but on average I feel OK.” A basic step is to calculate a median and beyond that investigates the data distribution (which in many cases does not follow the bell-shaped “standard normal distribution”) where random variables cluster symmetrically on each side of a peak mean.

Consider the healthcare debate in the USA about the Affordable Care Act legislation. Critics suggest that introducing consumerism with its marketplace pricing can reduce healthcare costs. Perhaps.

However, research by the Commonwealth Fund reports that 10% of the population accounts for 60% of healthcare outlays (implying that this 10% are the sickest and not in a position to make cost-conscious choices about treatments and surgeries). I choose this example not to create debate about healthcare, but rather to illustrate that analysts who reveal something not commonly understood can shift thinking to consider more options.

Gaining insights from data gets to the heart of what differentiates the advanced analytics species from the primitive ones.

It is not having bigger brains. The advanced analysts have a mission. They want others to see things that have not been seen before. They want to reveal clues, in many cases unarguably supported with facts that can solve problems and surface unknown opportunities. They want to help their colleagues make better decisions.

What motivates analysts? The primitive Homo Analyticus have basic needs not too dissimilar from food, warmth and shelter. They want to earn a living by solving problems.

The author Daniel Pink’s book Drive stimulated me to think that the advanced analyst species has these greater motivational elements:

Higher forms of the analyst species possess these special traits.

What kind of analysts in your organization are producing studies and reports for users to gain insights and make better decisions? Are they Homo Analyticus? How far along the evolutionary continuum are they?