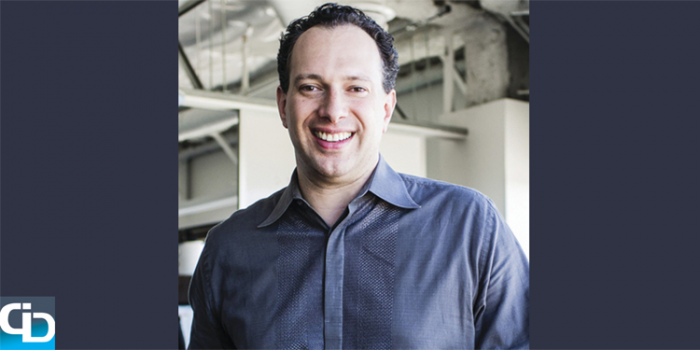 Ben Werther is the Founder and Executive Chairman of the Board at Platfora, a Big Data Analytics company that he founded in 2011 with the vision of how analytics will transform the way businesses use data. Platfora is one of the hottest startups in Silicon Valley and Ben is an industry leader and speaker on big data and enterprise software topics.

Ben, thanks for speaking with us today and let’s go…

The idea of creating a software that paired with Hadoop to greatly speed up data analysis and visualization came from a conversation that you had in a café in San Mateo with former coworkers John Eshleman and SriSatish Ambati. How soon after this conversation did you start Platfora?

Back in mid-2011, when John, Sri (who was briefly with the company), and I were sitting in San Mateo at a cafe chatting about the future of data and analytics, we riffed about where Hadoop was going to fit in the future of stack. We started talking about a new architecture that wasn’t just another backend for traditional tools, but created a new kind of workflow using the data lake as a “mixing bowl for data” that could be used for accelerating, visualizing, and combining data in new ways.

That day we sketched it out on a napkin, and I consider that the day we founded Platfora. Essentially, within a couple months we raised our Series A (led by Andreessen Horowitz, with Sutter Hill Ventures and a great group of angel investors) and Platfora was off and running.

In the last 4 years since Platfora was started, has there been that one defining moment in the organization that you can point to as the tipping point?

I don’t think there has been just one defining moment or tipping point, but rather a few critical phases. Early on, we made some critical hires on the engineering side who have become the foundation for the fabulous engineering team we have today, such as Kevin Beyer our CTO.

I also think that some of our early customers from early 2013, such as RiotGames and Citigroup, were the anchors who gave us the confidence that what we were building was on the right track. They gave us great feedback to help refine our roadmap as a company.

You have taken the company from concept to over 100 employees in just over four years. Is there one key thing that you wish you would have done differently?

One of the hardest parts of building a company is timing the market and really judging when you have the product-market fit that lets you hit the gas. It isn’t a black or white thing, but getting that calculation generally right is really important in an emerging category like this one. In some ways the market has moved faster than I expected -- Hadoop went from science project to industry standard in record time -- but in others ways it has moved slowly -- many companies are still getting their heads around what is possible and the broader implications of this shift.

Overall I give us a pretty good score here, and I think we timed it just right -- this market is enormous and is really starting to cook. But in retrospect we took a huge swing by attempting to disrupt the entire business analytics stack (from data prep to scale-out in-memory acceleration to visual analysis) with a radically better end-to-end workflow. There’s a huge payoff to getting this right, which we are seeing now in our success at marquee accounts, but it was a gamble and we might not have been here today if the market didn’t show up in time. It was a more risky path than I realized, and we were lucky to navigate through it largely unscathed.

The company recently received $38M in funding in March of this year bringing the total to $65.2M. What has changed in the organization since this latest round?

Our latest funding round was announced just over a year ago, in March of 2014. We’ve been using that capital wisely and the company has made huge strides since then. At that time, we had early revenue and a good base of customers, but with the additional funding, we have been able to scale the sales organization, customer success, and our core engineering/product/design teams.

On the other side of things, we’ve made huge strides with the product with the help of vigorous feedback from top customers like Citi, Disney, Cox Automotive, Riot Games and Thomson Reuters. Overall, I think we’ve met all of the goals we had with that funding and we are very well positioned for when time comes to fundraise again.

You recently published an article titled ‘Don’t Hire a Chief Data Officer Unless You’re Serious About Becoming a Data-Driven Company’ and in it pointed out that by 2017, 25% of organizations will have a CDO. What are a few lesser known industries outside of financial services, healthcare and retail that you see their companies embracing a data-driven culture and hiring CDOs for the right reasons?

We’re seeing companies of all stripes, particularly larger companies, take data much more seriously than they have in the past. Even if companies don’t have a Chief Data Officer, the priority for all companies has shifted from managing data infrastructure for cost reduction to understanding the need to derive insights from their data. For instance, we have some customers in consumer package goods, which isn’t an industry people typically think of when they think of big data.

There are also interesting things happening in the energy space, particularly around Internet of Things with connected devices and telemetry sensing. Even the way governments are using data is evolving rapidly. Companies are finding their own ways at different speeds, but I think there is now a pretty universal mindset that data is an asset to be capitalized on for insight and understanding rather than simply something to be managed for reporting purposes.

Do you see an industry that is ripe for and long overdue to be disrupted by technology?

It’s intriguing to see how new breeds of companies like Uber and AirBnB are changing the definition of those industries, as well as the nature of work and the company. Today, you can be a transportation company without owning any cars or a hospitality company without owning any hotel rooms. We live in an era where we are fundamentally rethinking the nature of work. Personally, I would love to spend time in the coming years exploring technologies like artificial intelligence and understanding the ways human behavior and computer models can mesh together to augment humans in a variety of tasks.

The last four years have been pretty hectic and exciting time for me between starting and running a company and spending time with my family, my wife and two young daughters, who have really grown up in and around Platfora. Undertaking such an intensive project, it’s hard to fit everything in, but I’d love to find more time for exercise, friends and travel.

I also miss the days of being able to get really hands-on with the technology, being able to write code and be involved more actively in the invention process. Currently, I’m involved in product design and architecture, but would love to dig deeper. It’s all about finding the right balance at the right stage.

You graduated with your MS in Computer Science from Stanford in 1999. If today you could have a conversation with yourself on the day of your graduation back in ‘99, what advice would you give him?

While I was at Stanford working in operations systems, I was surrounded by some great entrepreneurs and technologists. For example, I had the opportunity to share an office with Larry Page from Google, and my PhD advisor Mendel Rosenblum went on to start VMware. I think it was a great period for technology innovation. If I could go back, I might have been tempted to join Google at the outset, which no doubt would have been a rewarding opportunity -- but no regrets there.

I think the biggest piece of advice I could give myself is to always push myself further: to know myself, where my strengths are and develop my weaker areas. Gain experiences, dive in and take on challenges wherever they are. Don’t be afraid to fail along the way of building something really successful.

Ben, that’s all I have for you today and that’s a great way to end our conversation. Thank you for taking the time to speak with us.