Do Our Emotions Affect the Weather? 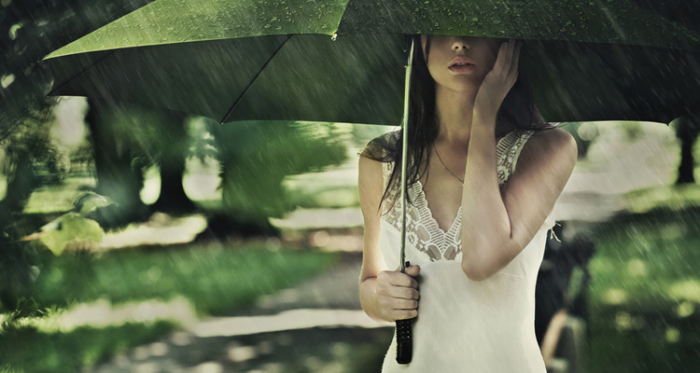 The climate data behind the theory of emotions affecting the weather has been crunched.

To my young mind, I put forward to my friends the hypothesis that the collective depressive energy of tens of millions of kids was causing the weather to be as grey as we were feeling.

Fast forward some decades: my son started school and I noticed a similar pattern. One year before school started, I mentioned my theory to my wife and she immediately dismissed the notion, but then it drizzled on that day. The next year I mentioned it to my son and he also thought it was crazy, but it happened again.  So he told his friends who also thought it was nuts, but then it happened again.

Historically, school has started on the first day after Labor Day. This has been changing over the last 15 years through a variety of poorly thought out government policies, but that’s another story.

My wife is a school teacher and her school started August 13th, while our kids didn’t start until August 25th. On August 24th, my wife and I were on our daily after dinner walk and I was telling her my observation. It was about 90 degrees out still and not a cloud in the sky. She said that she had never once in all her teaching observed that weather pattern.

The next day it was overcast all day and over 10 degrees cooler than what the weather channel was saying, even that morning.  Then around 10:30am it started to drizzle. Of course I took a picture and texted it to her for fun, but it made me want to research this.

I went back and looked at the weather for the day she had started school (August 13th), and sure enough, it had mostly been clear and hot.  On the day when her students came back, it was overcast. This made me want to research it even more, so I covered my school years up through my first year of college (from 1968 to 1981!).

Then I picked it up again from when my son started school in 2000 through the current year, because I have other kids in school now. I used the site Weather Underground to look up the weather for each date and I pasted the line of data into a spreadsheet. The hour of the day isn’t always perfectly consistent because they didn’t always have something meaningful for that time (about 8am). I also got the data for the day before school started. Those lines are in purple and are easy to contrast.

I live in Southern California and I wanted to get the precise weather for each city I lived in as I went to school. Unfortunately that wasn’t possible, so I had to use the data from the weather station at the nearby airport. This was likely accurate enough as it was within 20 miles of any of the locations that I lived so the weather wasn’t going to be dramatically different.

What was so interesting was looking at how often we had “smoke” on my first day of school.  I guess there was a lot of forest fires back then or maybe it was actually “smog”, but they didn’t want to say that. I remember some really smoggy days from when I was a kid in the Los Angeles area.

As you look at the data, you’ll notice that despite the fact that it was summer in Southern California; pretty much without fail, it was overcast, foggy, gloomy or wet on the day that school started. Make of it what you will, but it is kind of interesting.