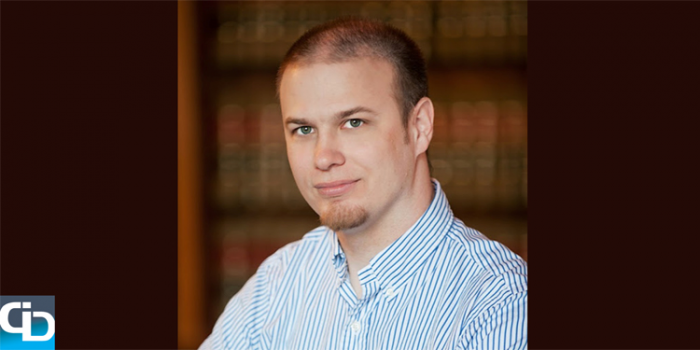 Jonathan Ellis is the Co-Founder and Chief Technology Officer at DataStax that delivers Apache Cassandra, the fastest, most scalable distributed database providing solutions that power mission-critical big data applications that transform business and enable life-changing customer experiences for some of the world’s most innovative companies. including 30 of the Fortune 100.  His work in technology spans from advising and building startups to being the project chair of Apache Cassandra and leading DataStax’s Cassandra team.

icrunchdata chats with analytics thought leaders about their career and their path that led them to their current role and we explore what their interests are outside of the data. We sat down with Jonathan to discuss what he focuses on everyday as the CTO at DataStax, his background in tech and Austin, Texas.

Jonathan, thanks for chatting with us today. Here we go…

You co-founded DataStax, formerly called Riptano, over 5 years ago and now have 30% of the Fortune 100 as clients. Was there a defining moment that you can point to as the tipping point for the organization?

Cassandra was already a success when I started DataStax, but neither my co-founder Matt Pfeil nor I had experience selling enterprise software. Our early sales model was focused entirely on inbound demand, like the gaming company who called us in late 2010 and said, "We just learned our engineers have this Cassandra thing in production. How can we sign up for support?" For most enterprises you need to proactively show them how your product can solve their problems, but that takes time.

The tipping point was bringing Billy Bosworth on as CEO in May 2011. Billy helped create the organization it is today and was instrumental in making the hires needed to make DataStax a real enterprise.

I was actually not a fan of this move at first. I'd heard all the horror stories about investors bringing in new CEOs and sidelining the original founders. Matt, who was in the CEO role at the time, actually drove the decision and made it happen. I think that's unusual, for someone to be able to put ego to the side and basically hire his replacement, but to his credit that's exactly what happened.

What are your top 3 responsibilities as the Chief Technology Officer that you focus on each and every day?

I spend most of my time in two categories:

Unfortunately, I don't have time to write code myself anymore. Writing code requires uninterrupted time to build a mental model of the problem and solution, and blocking out that kind of time on my schedule makes too many other things fall behind. The last feature I contributed significantly to personally was Lightweight Transactions back in 2013.

DataStax puts on the Cassandra Summit each year and it’s the world’s largest gathering of Cassandra users. What should we expect to see at the summit this year in September?

This is the sixth annual Cassandra Summit and it will be the world’s largest gathering of Cassandra users - we expect more than 3,500 attendees onsite, and another 3,500 to join us virtually. This year’s event spans over three days and will provide attendees with the opportunity to learn about the world’s greatest Cassandra implementations from organizations including Macy’s, Netflix, Instaclustr, Coursera, Activision, ING and hundreds more.

We’re excited to have new events taking place this year, including the launch of the Apache Certification Program with O’Reilly Media, and some events that are back by popular demand including ‘Meet the Experts’ and Cassandra Live! - live demos of some of the hottest applications built on Cassandra.

What’s most exciting is to see the how this event has progressed over the past few years, both in terms of number of attendees and the caliber of companies attending, speaking and sponsoring.

DataStax is headquartered in Santa Clara and also has an office in Austin. Where do you spend the majority of your time?

We have offices in those two cities, but one of the things that I wanted to preserve as DataStax grew was a culture of distributed teams. Growing out of a successful open source project made that easy. Today, DataStax's Cassandra engineers are evenly split across the United States and Europe, and we just recently made our first hire in Asia. Only two of those engineers work in our offices.

When distributed is the default and not the exception you have a powerful advantage. Most people have probably experienced "working from home" on a team that is primarily office-based.  There's very much an "out of sight, out of mind" phenomenon in that situation. For us, it's the exact opposite.

When our VP of Marketing visited the Austin office early on, she had a laugh at the sight of engineers typing notes to each other even though we were in the same room. That wasn't because we're so socially awkward that we don't know how to talk to each other; it was because we had team members who weren't in the room and using email, HipChat and Jira to make sure everyone could be part of the conversation was second nature to us.

Hiring is incredibly competitive in the Bay Area right now, and starting to approach that level in Austin, but at DataStax we can hire top engineers anywhere in the world.

DataStax also has offices in the UK, Japan, Australia and Paris. Are you considering other countries to expand into with offices?

DataStax is able to support its growing global customer base with the current office locations and we also work with partners all over the world, through the DataStax Partner Network, to support key new market opportunities.

You’ve spent your entire career in technology. Did you ever consider a completely different career path outside of tech?

I'm afraid I'm one of those insufferable people who was lucky enough to figure out in high school what he wanted his career to look like. I wanted to write code, and I wanted to start a company.

You earned your BS in Computer Science for Brigham Young University in Provo, UT. What do you remember most about the BYU campus?

BYU is of course heavily Mormon, with an attendant emphasis on dating and marriage. I was very goal oriented, so my senior year I decided to ask out a different woman every week. In December, a friend set me up on a blind date with a woman named Rachel. I was very impressed after meeting her and asked her out for lunch later that week. Our mutual friend was amazed: "Rachel went out with you during finals week?" I took that to be a good sign.

We were married a year and a half later, and today we have five children.

Your username on Twitter is @spyced. What does that handle mean?

When I was doing work on web development in Python, I worked on a framework called Spyce.  (Here's a photo of me from a PyCon web frameworks panel at the time.) So when I joined Twitter and the usual variants on my name were taken, I went with that.

You’ve spent a lot of time in Austin and central Texas. Let’s assume that someone lands at the Austin-Bergstrom Airport, they’ve never been to Austin before and they only have 6 hours to see the city. It is 1:00 on a perfect Saturday afternoon in the summer. What would you recommend this person to do to check out the city and where should they eat?

Summer in Austin lasts from June through September, so if you're visiting then I recommend one of the historic swimming holes like Barton Springs or McKinney Falls. Or, visit the state capitol. If you're visiting in one of the cooler months, check out one of the Segway tours downtown.

I'm pretty into food, so it's tough to recommend just one restaurant, but one of the more unique choices is El Naranjo.  Even if you're not into Mexican, you should try it. If you're really not into Mexican, stop by the austinfood reddit discussion group for more great ideas.

Jonathan, that’s all of the questions I have and that’s a perfect way to end. Thank you for taking the time today.