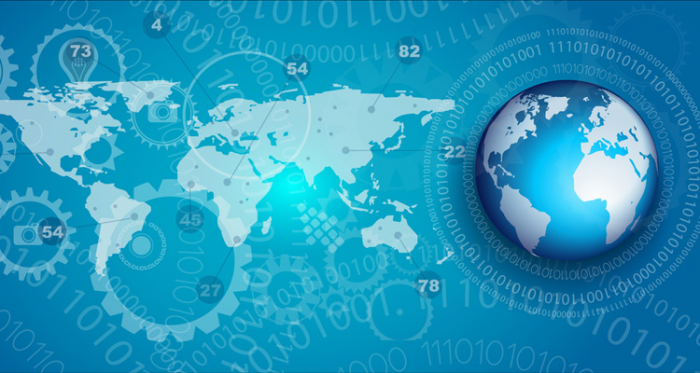 A recent conversation with the founder of an innovative Customer Experience Analytics firm ignited a discussion on whether insights from external customer-related analytics could be meaningfully leveraged without understanding the state of affairs relating to the engagement levels of internal customers.

This firm had created an interesting front end application to capture and analyse data points related to the Purchase Experience with the eventual objective of enhancing Net Promoter Scores in mass service sector industry verticals like Banking, Telecom, Hospitality, Retail and other equivalent industries. My question to him was whether this information would be relevant to bettering the customer’s experience without insights into the morale, motivation, skills and mindset of the people who are involved in the delivery of the moments of truth.

While a number of organisations go through the motions of an annual employee survey, the purpose of most such exercises is for management to reaffirm that things are “under control” and that there is no hidden possibility of an employee revolt or some ugly phenomenon surfacing which can cause the team some undesirable embarrassment.  Such surveys are static exercises which occur at best on an annual or biannual basis with questionnaires that promote deliberated responses as opposed to spontaneous responses from the employees, let alone capturing data related to situations where an employee’s response is completely unbiased since he/she is unaware that it would serve as a potential data point.

There is a large body of Linkage Research lead by the works of Ben Schneider and others which clearly establishes the premise that the level of external customer orientation can never exceed the level of internal customer orientation. In other words, your subordinates are unlikely to treat your customer any differently than the manner in which you treat them.  The overwhelming focus on understanding the customer-related data points and the near complete lack of studying the employee-related aspects seems to have grossly overlooked the crucial link between the two.

I am sharing some experiences of using employee-related data points to solve some very interesting business problems over 3 different phases of my career.  First at a Telco company, then in a retail chain with about 300 points of presence and finally in a consulting assignment for an organisation that employed dedicated product sales leads in about 1500 partner outlets:

At the Telco company where I worked, the entire performance of the Sales Department (and as a consequence, the revenue) hinged on a large force of contractor salespeople (DSE’s) who were employed by our channel partners. The stock reply for a bad performance in any geography was, “DSE’s left the company with little forewarning which lead to sales cycle collapses”.  Being Head of Business, I realised that my fate was doomed if I could not crack this issue.

The first hypotheses developed using data of people who quit the system prematurely consisted of attempts to validate the impact of environmental variables like not being able to manage the sales pressure, salaries not being adequate, long working hours, no clear career path, etc. The multiplicity of the reasons together with the inability to establish causality only enabled further confusion especially since a fair proportion of people who were outside of this data set had bucked the trend and flourished in the same system.

The alternate approach consisted of trying to analyse specific data points relating to people who stayed in the system over a reasonable tenure and also delivered above average performance against the large proportion that had quit the job prematurely.  Here the data points primarily pertained to very objective demographic parameters which distinguished these individuals (most other operating parameters were common with all the others in the group).  These data points could be very easily compiled, analysed and strong causality established instead of mere correlation as all other factors had been isolated.

The trends were startling.

There were distinct demographic parameters like age, education and most importantly family background and household income levels between the groups of employees that stayed and the ones that left early.  The net result boiled down to a set of parameters which correlated to them finding the job to be aspirational and giving them an opportunity to associate with a high profile technology brand irrespective of the nature of their association.  Based on this insight, we recommended some boundary criteria and helpful demographic criteria for all future recruits which brought about a dramatic change in the stability of the work force and therefore the company’s sales performance within six months from the introduction of the new hiring parameters.

Several years later while running a well-known lifestyle retail chain which was split into multiple geography-linked business units, we were witnessing sub-par performance from a few high potential locations.  The business was characterised by an industry phenomenon whereby a significant portion of business happened over weekends and on special festive occasions.  However, the spike in business tended to vary significantly between the different geographies and locations not just in the absolute sense (understandable as areas with high commercial potential tended to generate higher throughput), but in the relative sense in that the degree of expansion of business during these phases versus the routine periods, despite all of them having been provided the same set of inputs in terms of stock, pricing and marketing support.

While conventional wisdom tried to explain it through hair splitting and showing up differences in the performance of various product categories (and blaming the competition in some cases) contrarian logic said that what was being explained was actually the outcome and not the cause.

The only other variable that remained to be analysed were the people-related parameters.

A deeper dive revealed yet another crucial truth that most of the absenteeism was unauthorized.
Basically the employees were willfully staying away from work when they were needed the most.  This observation took us all the way to discovering that there was an issue of poor morale due to the arbitrary manner in which some of the local leadership functioned.  It called for not only counselling of some leaders but also letting go of some.  The changes that were implemented had the desired effect and most of the problematic geographies turned around in the next few months.

Another project was a consulting assignment with a well-funded early stage company whose business model consisted of selling online products (utility app packages) through offline channels by employing a large number of sales personnel in partner stores to assist the not so savvy customers to overcome their digital phobia.

The challenge faced was that the vast majority of the employees left the organisation within a calendar quarter of being hired with very little or no output, thereby making the whole endeavour of employing them cash negative.  We examined the entire employment journey for people in this category (interview/offer letter/ joining procedure/ induction/ deployment/ rewards & recognition/ performance support/ performance review / exit phases).  We discovered that the first 4 phases (interview to deployment) functioned in silos and that the links between each stage, if any, was more by accident then by design.  Plus, the company had no robust system of tracking the whereabouts of the employee once he/she was deployed into the field operations.

Further analysis of the available data points surprisingly indicated that some employees left during the induction period followed by a very large chunk who left between 6 to 8 weeks from date of hire without any notice.  We recommended that the organisation install a digital tracking system using geolocation software post-deployment in the employees’ smartphones.

Also, a CRM equivalent software was created and installed to build an interaction and productivity history of the employees for their first 12 weeks which included details of his/her interview performance which lead to him/her being selected for employment.  Thus, the somewhat subjective approach to managing employees gave way to a truly objective system enabling the organisation to take charge and enhance both employee tenures and productivity.

While the problems I highlighted appear fairly rudimentary, their impact on the organisation’s performance was by no means insignificant.  More importantly, they began applying the science of data and analytics to solve challenges relating to the human side of the business.  The more data points that can be captured on this front in a well-constructed system can enable the solving of much more complex business challenges for them in the future.  As in the final analysis, all business are nothing more than People Serving People.

I wonder how many of you agree with this assertion.