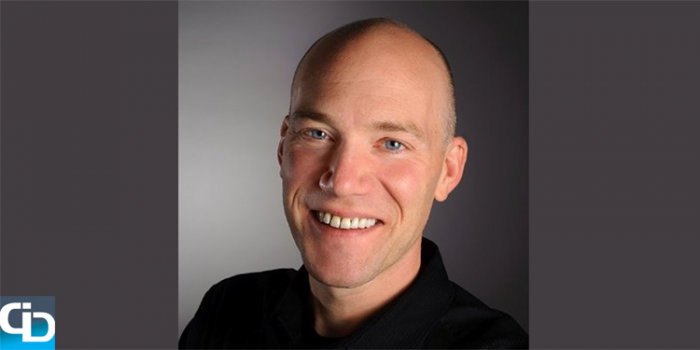 Ron Bodkin is the Founder and President of Think Big, A Teradata Company, that he founded as Think Big Analytics in 2010. Think Big is the leading professional services firm that’s purpose-built for Big Data and Ron leads a team of analytics experts who work with their clients to create a sustained competitive advantage from data science applications built on Hadoop and real-time big data technologies.

He has founded four successful startups throughout his career and has seen a lot when it comes to buyouts, mergers, and IPOs in technology.

icrunchdata talks with key analytics thought leaders in our industry to learn more about their careers in big data, what they are currently working on and also learn about who they are outside of the data. We recently spoke to Ron about the current Hadoop market, his experience in founding tech companies and industry disruption.

Ron, thanks for chatting with us today and let’s get going…

You founded Think Big Analytics in August 2010, the company was acquired by Teradata in September, 2014 and you are now the President of Think Big. What has been the biggest change within the company in the last 11 months since the acquisition?

I think it is our ability to invest aggressively in order to build up our R&D to package components from our experience. In particular, these let us create repeatable data lakes that allow our customers to expand intensively, and to build a common framework for data science. This has allowed us to grow our business and invest in areas that foster best practices for big data. Also, as part of a bigger organization, we have a greater impact on large enterprises. We continue to be independent consultants without bias, but we are better able to complement traditional analysis with open source Hadoop.

In a recent blog post, ‘It’s Just Beginning – Hadoop Adoption Poised for Rapid Growth’ you discussed the growing sentiment from some executives that the Hadoop market is actually stalling and you covered a number of points that refute this belief. What is the single biggest factor that you feel proves that companies will continue to increase their investments in Hadoop?

I see companies over and over again achieving good results with Hadoop, I see them expanding their commitment. I see companies gaining tremendous value out of two kinds of data sets: consumer behavior and product behavior. By understanding consumer behavior, we are helping to understand and value the consumer, detect fraud and deliver personalized services across channels. In product behavior, we are gaining complete understanding of management processes, getting products to market faster, improving product quality, and driving better customer support.

HGST, which sells storage products, is a great example. We have been working with them for over two years on a data lake program to expand the value of their analytics. They have improved their product manufacturing processes and are able to peer into their development and manufacturing processes to proactively understand and improve quality.

You have founded or co-founded 4 technology companies, Think Big Analytics (2010), New Aspects of Software (2001), Glassbox (2005) and C-bridge Internet Solutions (1996). Was there a common theme between these startups?

Yes, in each case it was about helping us take advantage of important new technologies and making them useful in the enterprise, whether it was the Internet, open source tools or Hadoop which I think is the most exciting technology of them all!

You earned your MS in Computer Science at MIT and were in the finals of the $50K Entrepreneurship Competition that resulted in co-founding C-bridge Internet Solutions where you were the CTO for over 4 years. With that being your first startup, is there anything that you wish you could go back and change during those 4 ½ years?

Of course there have been things I’ve learned and things I would have done differently. Many of these are tactical things that I learned by just jumping in and doing something different. I’ve learned a lot about business, and how to leverage the Internet.

Early on, I think I was more conservative while other people were more aggressive and they grew faster. When the market turned, I did not see the timing properly and I did not appreciate how much of an impact the capital environment would have on building a lasting business. We went from a hot market to insanely hot to nuclear winter. We could have been better prepared for those changes in direction.

People always assume that the current capital climate will continue. Businesses should always keep the hypothetical in mind: what do you do if the business climate changes? How will you persevere and ultimately achieve your goals if there is a change?

You earned your Bachelors and Masters Degrees in Computer Science and have been in technology your entire career. Was there ever a time that you considered a different path other than technology?

When I was in high school, I was interested in computer science and math, as well as physics. I was president of the debating club and considered being a lawyer. From the time I entered college, however, I was confident it would be computer science. It’s been rewarding and a great choice that I am always happy I made.

What industry do you think is long overdue to be disrupted and turned upside down?

The Government and education sectors are overdue. So much about these two sectors have not changed in a world which has changed radically. In both cases, there is tremendous opportunity to drive efficiency and transparency with technology. There is a lot of great data available to them, but they are still data have-nots because they are not using it to drive their organizations as a whole.

There are certainly fringes in government and education where this is not the case, but the cores of each industry are ripe for change. Much of the cost and hyperinflation in college tuitions, for example, can be attributed to not innovating and not improving the efficiency of the delivery model.

I enjoy time with my family.

What’s the latest gadget that you’ve purchased for yourself?

I recently purchased an Apple Watch. I was using a Pebble, which is a nice smartwatch, but there were few apps and many were buggy because it did not have enough of a presence in the market. The Apple Watch is more complicated, but there is a lot of potential there. The next version will be a big success and I think I’ll benefit by taking advantage of it as the technology matures.

On December 12, 2008 your very first tweet @RonBodkin was, “Wondering why I joined twitter” Do you still feel that way?

No. Twitter has become a great communications platform for sharing information about technology through a public dialog. At the time of that Tweet, I was not sure what it would become or if it would be a useful service.

If you could have a 15 second conversation with your 25 year old self, what’s the biggest piece of advice you would give him?

I would tell him to buy Apple stock.

Ron, great way to end our conversation. Thank you for taking the time to speak with us today.