Marketing Metrics and KPIs That Management Will Love 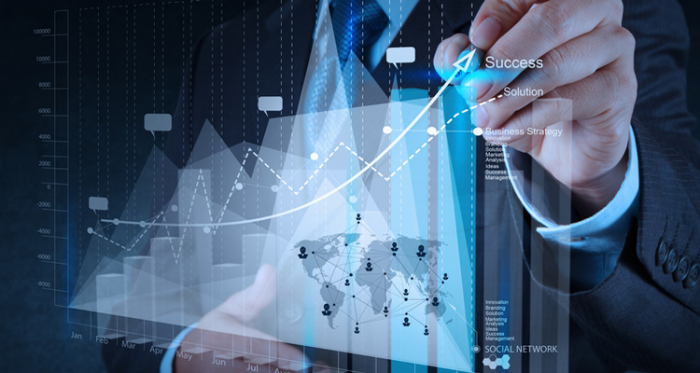 Years ago, marketing’s benchmark for success revolved around the number of leads, website visitors and revenue. How times have changed.  Obviously, revenue is still a key performance indicator (KPI), but today’s marketers have evolved to leverage value-based KPIs in addition to raw numbers.

From Volume to Value

Five years ago, a marketer may have walked into a quarterly meeting armed with a count of last quarter's new leads, website impressions and site visitors. However, these metrics are like games played for a basketball player—the player may be active on the roster, but does that participation lead to the team’s success?

Do you think that the 2015 NBA Champion Golden State Warriors measure that Stephen Curry played 80 games this past season? I'm sure that number is part of their player analysis, but the more important questions are:

How did those 80 games translate to wins?

How did they translate to an eventual NBA championship?

My point is that volume counts, but it is only a small part of the overall story.

Businesses will never have one report that tells the whole story, rather there are several reports that provide insight into a business's health. Here are a few your business might want to consider: 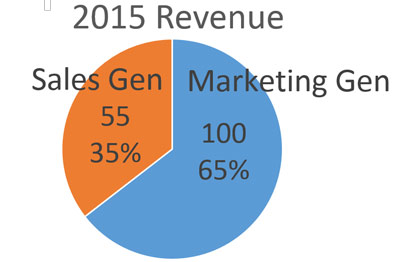 At a high level, the marketing contribution report puts marketing at the revenue discussion table. It answers the question “What is marketing's contribution to revenue?”  For example, marketing influenced $750 million worth of pipeline last year while helping drive 65% of last year's $150 million revenue number.  Those are powerful numbers for any marketer to share at a quarterly meeting.

Your company spends money on marketing, but is it spending the money wisely? This report enables marketers to gain insight on their most/least impactful marketing programs.

Success is defined on a program by program basis. For example, of the 1,000 people who stopped by a trade show booth, how many signed up for a follow-up demo and experienced success (as opposed to stopping by for the free t-shirt)?  The below report is an example of a rolled up report that compares all website leads to all trade show leads. As a whole, website leads perform better than the event leads.

Do you know your MQL-to-Won rate? According to Aberdeen and SiriusDecisions, only 3-7% of MQLs turn into won deals. I’ve actually seen these rates even lower for companies that do not have a strong Sales and Marketing process.

The lead lifecycle (aka: The Funnel) refers to how leads move from their creation through to revenue. The goal is to develop a healthy funnel to optimize leads moving through the system in an efficient and timely fashion.  These waterfall reports put metrics around that funnel to find gaps and improve conversation rates. They are called “waterfall” reports because leads flow from one row to the next. Just like a waterfall, once water flows over, it never goes back.

Small improvements in the process can result in massive gains. Looking at the below example, we see a small MQL-to-Won efficiency increase from Q1 to Q4 (4.0% to 5.5%). That might not seem like a lot, but look at the Won numbers—that’s 15 more deals and a 38% bump in revenue.

Funnel reporting is one of the more difficult metrics to measure as it requires excellent sales and marketing alignment and a clear definition of terminologies. These take time to put in place.

Where should your organization invest? With closed-loop analysis, management can compare programs to see which is the most cost effective for driving leads to revenue.  Here we get to insight nirvana by tying marketing investment to revenue. These reports allow marketers to make better decisions on where to allocate marketing dollars based on opportunities created and deals won. The insights also help organizations justify additional funds when making budget requests.

For example, if two trade shows cost the same but one helped convert more opportunities, a business might consider reallocating budget for next year's events.

These reports help businesses understand what programs are driving acquisition versus the ones that are influencing deals. To summarize, "acquired" means first customer touch—there can only be one.

Influenced" means the customer touch could have happened anywhere along the funnel process.  For example, trade shows generally bring in many new names (acquired). On the other hand, webinars usually bring in fewer acquired leads but are effective at influencing leads already in the lead pipeline. Businesses should measure the success of each. 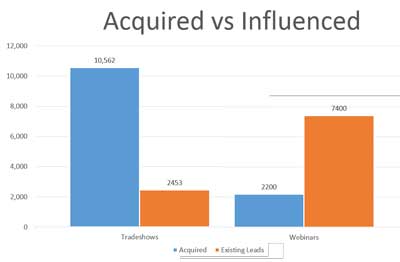 Your Steps to Value-Based Metrics

Companies have historically focused on volume-based metrics because they are easy to understand and relatively easy to obtain. Like measuring Stephen Curry’s impact to the Golden State Warriors’ success, value-based metrics are a little tougher to quantify.

In my experience, the transition to value-based metrics takes anywhere from three months to over a year--don't expect overnight success. Once your business decides to make the switch, you can begin the journey to creating a repeatable and measurable business model.