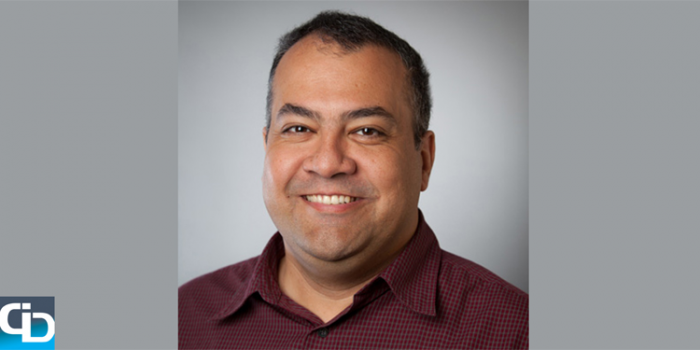 Amr Awadallah is the Co-Founder and CTO of Cloudera, a Board Member and Seed Investor at Diagnosoft and has had a 20 year career of bridging the gap between technology, product, and business. We recently had the opportunity to chat with Amr about his experience founding and funding technology statups, the key turning points at Cloudera and an industry that is ripe for disruption…and his answer might surprise you.

Amr, thank you for taking the time to speak with us today about your career in technology and your interests outside of the data. Let’s get started…

You Co-founded Cloudera in August 2008. What has been the biggest shift in the Hadoop market in the last seven years?

There have been many shifts actually, one of the main ones is Hadoop moving from a technology used by a couple of web companies like Yahoo and Facebook, to now seeing deployments across every industry you can think of (telecommunications, federal, finance, retail, health, agriculture, manufacturing, you name it ...). A more recent "technological" shift is the quick rise of Apache Spark as a replacement for Hadoop MapReduce, hence why Cloudera started supporting Spark about two years ago. It is worth noting though that most of our customer deployments today are still with Hadoop MapReduce and Hadoop Storage (HDFS) remains the most dominant storage layer even under Spark.

Was there a defining moment within the company that you can point to as the turning point for the organization?

The key defining moment for Cloudera was in March 2014 when Intel decided to partner with us. That partnership included Intel unifying their Hadoop distribution with ours (which significantly increased our market share and enhanced our security capabilities). But also Intel invested about $740M in Cloudera at that time to own an 18% stake (making Intel our largest shareholder). That partnership certainly set our organization on a much accelerated growth path.

You are a Board Member and Seed Investor for Diagnosoft, Inc that has developed a software that can analyze cardiac MRI image sequences to quantify where the heart is weak. What is the biggest barrier that healthcare analytics startups need to overcome to be successful?

Thanks for this question, I am actually very proud of what Diagnosoft is trying to do. Dr. Nael Osman (their Founder/CEO) is trying to significantly reduce the cost and accelerate the speed of detecting cardiac problems, which is a very noble cause. I think the biggest barrier in the healthcare industry is the "status-quo". A lot of health organizations and medical institutions are super cautious about adopting new technologies which significantly reduces the speed by which new innovative solutions get deployed. I understand the reason for why they need to be cautious, they are dealing with human life after all, but at the same time they should not let that lead to paralysis otherwise we will never improve the status-quo.

You Co-founded VivaSmart in 1999, a shopping comparison technology company that was quickly bought by Yahoo after just 14 months. Did you ever think “Hey, this startup and buyout game is pretty easy” or did things just line up very quickly with Yahoo?

Oh, believe me, it was not easy at all, it never is. In fact, the best acquisition offer for VivaSmart came from another company (won't mention name). We had a fully executed agreement to join that company and just one day before the deal was supposed to close, they reneged on it! We then had to go back to Yahoo and tell them we are still up for sale after we had told them that we chose somebody else! Yahoo was nice enough to take us back :) A few weeks after we joined Yahoo, the 2000 Internet bubble started bursting and many, if not all, of the other startups in our space ran out of funding and closed. In fact, the company that reneged on us fell victim to the bubble burst and didn't survive either. In retrospect we were very lucky.

Do you see an industry that is long overdue to be disrupted?

Yes, the big data industry, and what Cloudera is creating will disrupt many industries. At Cloudera we truly believe that this big data revolution, using data to get things done, will be as disruptive, if not more disruptive, than the industrial and/or IT revolutions. One example: In the future, our medical data crunched by computers will predict sickness that we might have and recommend medication personalized to our genome to help stop these diseases from ever occurring in the first place. It will happen.

It appears that you have an extensive travel schedule and you recently tweeted @awadallah a picture from the most South Western point in Africa, the Cape of Good Hope. What countries do you enjoy visiting the most?

I am very proud of making it to Cape of Good Hope, as I am from Egypt originally, so now I can say I have been to both the top and bottom of Africa :) In all seriousness, I enjoy visiting all countries, it is the variety that I enjoy most. I like experiencing new cultures, seeing different architecture, walking in scenic parks, etc. We are all citizens of planet Earth, these lines we draw between countries are just artificial constructs that humans created to exercise control. I just love planet Earth as a whole, respect all the people on it, and hope we all work hard to keep it safe for our grandchildren.

In June, 2008 your very first tweet read “I think I finally get twitter, it is IRC2.0, I had an account for some time, but will start giving it a serious try now.” Fast forward six years, 2,827 tweets and 12.9K followers. Are you happy that you jumped in?

Wow, I am impressed you dug that up! Yes, very happy I jumped in on twitter back then, not only is it engaging and fun, it proved to be a very useful tool for me to stay in touch with Cloudera's customers. Cloudera joined twitter few months after that, and now Cloudera has 72K followers!

According to your Twitter profile, you are a Gamer. Which game have you spent the most amount of time playing?

Yep, guilty as charged, gaming is my hobby. I have been playing games for about 40 years now, I didn't keep a log, so hard to answer which game I spent the most time playing. However, over the last year the games I played most are: Destiny, Call of Duty AW, Battlefield 4, and Grand Theft Auto 5. I also really enjoyed Last of Us and can't wait for the new Uncharted 4 and Halo 5.

If you were forced to have a career completely outside of technology, what would you choose?

Building video games, though that would still count as technology. Next would be president of the United States, but that isn't possible as I was not born here. Third would be to star as Iron Man in an Avengers movie.

If you could have a conversation with your 25 year old self and give him one piece of advice, what would it be?

Don't waste time on regrets, learn from your mistakes and evolve quickly. Oh, and invent the iPhone first :)

Amr, that is a perfect way to end our conversation. Thank you very much for your time today speaking with us about the shifts and defining moments at Cloudera and a little bit about who you are outside of the office.