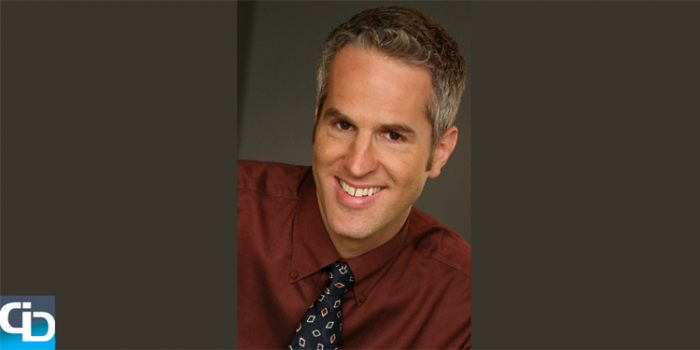 Eric Siegel is the Founder of two global Predictive Analytics conference series, the Executive Editor and Founder of Predictive Analytics Times, and has nearly 20 years of experience leading data mining and research teams across multiple industries. He is a speaker at many of the top analytics conferences worldwide and oversees the global conference series Predictive Analytics World designed for analytics professionals, managers and C-level executives... but there is more. When he was a Professor at Columbia University, he would sing Computer Science songs to his data mining graduate students. Yes, we ask him about that.

Eric recently took a few minutes to talk to icrunchdata about his work with PAW, his book on Predictive Analytics and a little bit about his interests outside of the data.

Eric, thanks for talking to us today and here we go.

You are the Founder of Predictive Analytics World, the leading cross-vendor event for predictive analytics professionals. The event has been hosted in a number of cities in the US and Canada, and in England and Germany. What other countries are you considering for future events?

Great question. We certainly are considering other regions such as the Middle East and Asia. There is no time line in play so I can’t even speculate on when those would be launched.

The PAW events are segmented into Business, Manufacturing, Government, Healthcare and Workforce. Are there plans for adding additional segments?

Yes, there will likely be about one new industry-focused PAW event added each year, as there has been the last few years.

You wrote "Predictive Analytics: The Power to Predict Who Will Click, Buy, Lie, or Die", which was published in 2013. What has been the biggest surprise in the last two years in regards to the response from the analytics community?

The book has been adopted as a textbook at 35 universities, and I’ve been commissioned to keynote at the same number of industry-focused conferences. This reception has been wider than I expected in just the first two years since publication. The field has become much better known and yet is still in the early stages of growth relative to its potential.

Do you have another book in the works?

We will be releasing the Revised and Updated version of the book in January 2016. It’s got new content on the NSA’s data, and new case studies. The book covers the fundamentals of the field in a fully accessible way to any reader, so we want to ensure it stays wholly relevant in coming years.

Universities are racing to implement analytics classes and degrees into their curriculum and education companies are rapidly rolling out certification programs and online courses to make analytics training more accessible. What will be the biggest shift in the next five years in regards to how working analytics professionals keep their skills up to date with the pace of new analytics tools being released?

The core working concepts will hold the same and everyone will continue to expand their software tool repertoire, but the biggest change will be how tools integrate with and access data sources. That will see some great changes, especially as more practitioners end up moving to cloud-based solutions.

You were a Professor at Columbia University and you used to sing to your students. What got you started doing this and what did you sing?

I sang a rock ballad about the angst of debugging your computer program, a rap about pointers, a rhapsody about knowledge representation and another rap about machine learning, etc. A musical number about breaking a problem into sub-problems. I heard about a math teacher doing such a thing and so I had to try it myself. College and grad school audiences are captive (lucky me) and yet welcome anything different from another normal lecture (lucky them). You can find them including recordings online by googling my name and “computer science songs”…

If you had to make a complete career shift outside of academia and analytics, what would it be?

You currently live in Los Angeles. What is the best part about living in that area of California?

Friends and weather, which are the reasons I moved here!

If you had to move out of California and live anywhere else in the world, where would it be?

Rio de Janeiro, where I lived for three years. And Bali. I guess I’d have to clone myself.

That’s it, Eric, I think we’ve covered it. Thanks for taking a few minutes to talk to us today and keep singing!