Search-Based Analytics - The Next Big Thing 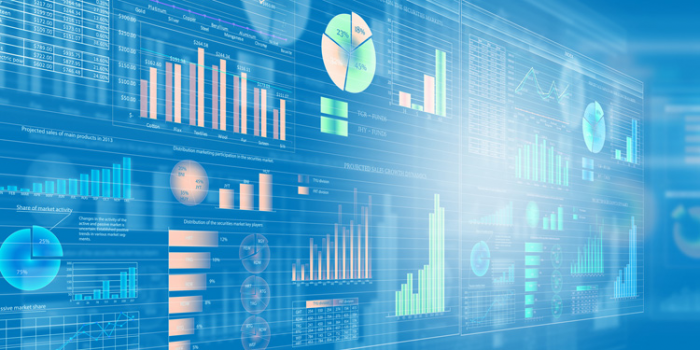 The release of Gartner’s Annual Magic Quadrant report is often the most anticipated date for most of the business intelligence and analytics community. For those of you who don’t know, it gives a summary of the previous year; things that have been learned, predictions that came to be, and then looks forward to the state of the market for the present year.

My interest in the report is specifically pointed at the predicted trends for the coming year. I remember reading about the then obscure terms “big data” and “cloud computing” in the report and how they would impact business intelligence and analytics. Fast forward a few years and you could make a case that big data is the hottest topic within the analytics community and cloud based application adoption is now a mature market.

So having read this year’s Magic Quadrant report and looked at the trends for this year, one term in particular stood out to me – search-based analytics.

What is search-based analytics?

If you look at the last couple of reports you can see the pattern that has developed. The main issues with traditional business intelligence is its inability to integrate an organisations disparate data sources whilst self-servicing reporting and getting an answer to a question you didn’t know you wanted to ask. The latter point is now tied up in a new term called data discovery.

Search-based analytics seeks to rectify these consumer issues by using a relational search-engine database that provides users with easy reporting access to their entire silo’d corporate data, whilst bridging the gap between a non-technical user and the more advanced data analyst.

What makes it different than the traditional business intelligence solutions is how it has been built. Similar to Google it has been built on an index architecture that returns query results over millions of records in sub-second response times. Importantly, like Google, its front-end user interface is driven by a search bar allowing users to key in queries using natural language search terms. This has the potential implication of achieving a holistic view of organisational data that is universally accessible for all users within an organisation’s user base so long as the appropriate data restrictions are enforced.

Imagine what could be achieved if your place of work was transformed by universal access to analytics, where nobody was restricted to being able to create reports because of their technical knowledge.

It’s a powerful thought and it sounds great… in theory. Does anything like this exist?

Whilst one could easily assume this is a relatively new concept search-based analytics has really been around for a lot longer.

Connexica developed their search-based analytics solution CXAIR in 2006 and have been developing it ever since. New players have since then entered the market such as Thoughtspot and IBM last year.

The problem lies in exposure. Perhaps the lack of exposure stems from the risk of trusting and adopting new technologies – people tend to avoid new technologies until they have been proven and have that built-up reputation of trust. This is particularly true when new technologies make us completely question the “old way of doing things”.

For example, search-based analytics companies are promising that their customers can be up and running with their solution in a few hours with little to no training, as opposed to the three to six month implementation times we are used to.

Like all products, it’s all about knowing your consumers and in particular your target audience. Search-based analytics meets the needs of certain organisations more than it does others - and vice-versa with traditional business intelligence. It looks to me like a search-based analytics offering would suit SME’s in particular as implementations are quick and all users are able to self-serve their reporting.

In the near future this may change. There is a growing trend of organisations, large to small, that are realising the importance of self-service analytics. Computing’s recent survey looked at decision makers across the UK and found that over 50% of respondents were looking to move to systems that opened up analytics to the whole organisation. So much so is the opportunity here that IBM has invested £1 billion in their search-based analytics solution IBM Watson.

Of course there’s still development to be done and consumer attitudes that need to change but the potential is there. It will be interesting to track the progress of search-based analytics. In my opinion (and that of industry analysts), this might very well be the next big thing.