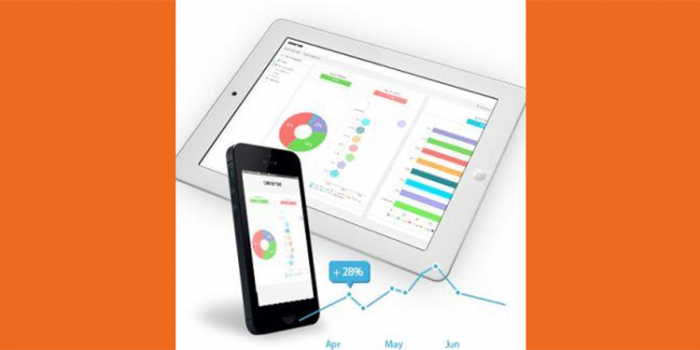 Let’s say you’re the CEO of a company and you wants to know what’s going on in your business: Which marketing channels were the most effective in the last two quarters? In which regions are the salespeople underperforming, and what are the possible reasons for this? What is the state of R&D resource utilization?

A few years ago, the way to get answers to these questions passed through asking a subordinate to generate a report, waiting for said report to be generated, and then getting the data from it and hopefully acting upon it.

Indeed, reports are truly one of the staples of modern corporations, and have been for longer than we care to remember. But their future does not look promising: while traditional reporting is far from dead, it would not be too much of an exaggeration to say that it is rapidly approaching its deathbed. With an ever increasing amount of organizations implementing business intelligence systems, yesteryear’s static reports are increasingly being replaced by interactive Business Intelligence dashboards.

BI Dashboards provide viewers with the same data that was previously supplied by reports, but with some key differences, two notable ones being that (1) after the data sources are pulled in to them, they are generated and updated automatically, and (2) data is presented in an interactive and explorable format, allowing the viewer to drill into the data and manipulate it.

So instead of ‘static’ spreadsheets or presentations, which are created ad-hoc and are only accurate for the time in which they are created, reporting becomes automated, interactive and constantly up-to-date.

But there are might be even farther-reaching consequences to the static report’s disappearance. It could introduce new corporate cultures: more open, more transparent, more data-driven. This causes an effect which has often been referred to as data democracy: data becomes easily accessible by a much larger group of people, and complex datasets become digestible and actionable for users with limited technical skills.

The Harsh Reality of Living Under a Data Dictatorship

To understand the significance of this, let’s go back to the example we started with, but with one slight change: this time, instead of the CEO, you’re merely (gasp) a mid-manager who wants to look at ways to improve your department’s performance by examining different sets of data collected throughout the company.

In the world of traditional static reports, you would now likely be entering a hellish sequence of procedures, authorizations and bottlenecks. Unless all the data you want to look at is stored within your department, you would have to involve a bunch of different stakeholders just to gain access to the data, and good luck finding records from 10 years ago. Even when you would manage to acquire all the data you wanted to look at, you might discover that it has been stored in a wildly diverse array of formats, physical locations and methodologies.

Just to decipher all this data and to bring it to a useable state could take you months. You can ask one of the technical departments to help you with this, but they have other tasks at hand, and anyway they won’t take orders from you -- so you have to go back to your boss, convince her to get IT on the job, then wait for them to find time to help you pursue a project to which they feel no inherent commitment.

And after your report is ready, and you finally see the data you wanted to examine in the first place, what happens when you want to compare the results to an additional existing dataset, or to filter the data or display it according to different parameters? This entire cumbersome process has to restart. By definition no changes can be made to a static report, and you’d have to re-involve all the people you already went through to generate a new one.

It is easy to see how such a process could drag on for weeks or months. This has an obvious chilling effect: the mid-manager in our example would likely give up, either before even trying or in the process of doing so. And so the only ones who would be able to effectively use data would be the ones who receive regular reports or have the authority to order them - typically, the C-Suite or other high-level executives.

Data To The People

But dashboard reporting changes all of this: now, once your dashboard is up and running, all you have to do to examine the data in new ways is to log in to whatever business intelligence system your company has in place to see the data from a multitude of different “angles” and viewpoints, including the ability to drill up and down and see both a bird’s eye view of the business process examined as well as the more granular details. This flexibility is essential when one wishes to use data to reach more informed decisions, or to overview the results of pasts actions.

Hence, data democracy: if data is used to be the sole dominion of a selected executive elite, now it is open and accessible by any relevant member of the organization. When data is more approachable it becomes an ingrained part of the corporate culture, and managers start reaching and justifying their decisions through data. This in turn creates a more transparent and equal decision making process, since decisions start being made based on numbers and facts, rather than the highest-paid-person’s-opinion, also known as the HiPPO effect.

I am not implying that dashboard software can magically make complex data simple or turn non-techies into full blown data gurus. But it can automate a lot of the grind involved in data preparation and help the back-end IT staff build a flexible infrastructure, which the business side can proceed to use for autonomous data discovery and exploration. And this is a tremendous step forward compared to the days when the business exec’s view of the data was limited to whatever fit in a report which someone else would listlessly generate.

So rejoice: a world without cumbersome, time consuming reports awaits. And it will be a better one for all of us.