Small Businesses Big Data and the Cost of Access 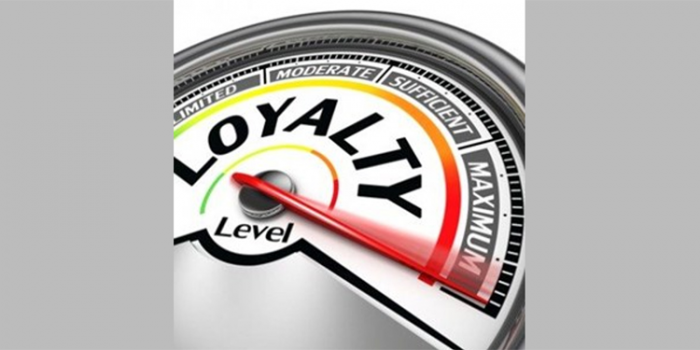 As the presidential campaign begins swinging into gear, the rare and single refrain you’ll find all the candidates signing on for is their earnest, unwavering, unconditional support for one constituency in particular – America’s small businesses.

Republican Sen. Ted Cruz, the first major politician to officially declare his candidacy, launched into his admiration for the small business economy only a few moments into his kickoff speech, as he noted. (His wife, Heidi, started a bakery as a child, he pointed out.) Cruz won’t be alone – all the candidates are likely to follow their previous scripts, extolling less regulation, lower taxes, and other advantages for what they regularly refer to as the cornerstone of America’s economy.

It’s unlikely anyone will rise up to argue against mom and pop stores and small tech startups. But the unanimous support for small businesses as an economic engine nonetheless overshadows a crucial shortcoming for those companies, and one that might serve as a better focus than more of those heartfelt tributes to Main Street.

You could, for example, think about small businesses this way: There are lots of startups taking advantage of Big Data by producing technology, products, and services. But most of the value gained by Big Data only comes if you accumulate huge amounts of data. And to do that, you have to be big in the first place.

Moreover, the costs associated with realizing value are fixed costs, meaning that the bigger you are, the smaller the average cost. The value achieved with boosting revenue or curbing costs is often small in margin terms, but large as an absolute number -- worth it for a big firm, not for a small one. So the bottom line is not just that healthy small businesses are great for America’s economy. It’s also that another competitive hurdle facing small businesses is the cost of Big Data.

And that’s something worth talking about.

In a case study for a Harvard Business Review article called “Small Businesses Need Big Data, Too,” the authors pointed out that while many small businesses are justifiably proud of using intuition and flexibility to compete in the marketplace, access to Big Data gives those clear advantages.

The article’s authors shared loyalty-card data and information from a supermarket giant in the UK with a handful of smaller grocers and markets. The results were dramatic. From the article:

“Once they were given access to loyalty-card customer data, most of the small firms took to it immediately. They were quick to adopt a more formalized approach to marketing planning. They were able to envision long-range innovations, rather than reacting to competitors’ or the retailers’ actions. One small-firm owner said the data had changed the company’s ideas about how to grow its consumer base. Another said, “Now we know precisely who our target consumer is.”

A yogurt maker, for example, learned by analyzing the data that older adults were a key market for its products, so when the company’s representatives visited supermarkets for in-store tastings, they no longer tried to entice younger shoppers and instead focused on older people. The tactic improved the events’ productivity. But the small firms didn’t abandon their reliance on experience. Instead, the data complemented the owners’ and managers’ intuition, giving them new confidence.”

The authors explain that they were able to provide the small grocers with the customer loyalty data free of charge, using funding from a regional government agency. That’s not how things happen beyond a research project, and HBR warns of the threat of a “deep divide” between what it described as the have-datas, and the have-no-datas. Big corporations can pay for access to data, small firms can’t. Also, in the experiment, the small firms were given expertise help to analyze the data. The numbers are only as good as the people who understand it, and that, too, costs money.

The outlook isn’t entirely grim.  Big Data allows big businesses to capture small marginal gains at scale to generate value, but it also allows startups to do things that were not previously possible.  One aspect of this startup landscape, though, is that they tend to get acquired by the giants once they have proved their worth.

Some of the interest in Big Data from small business surged after its successful use in President Obama’s last campaign. How small businesses will pay for this remains less clear.  The cost of computing has come down, with the advent of cloud computing analytics services, such as those from Amazon, Microsoft and Google.  The open data movement, the commercial availability of demographic data to match to customer records, and the public availability of Twitter and other social data, provide some raw material for leveraging analytics. The biggest bottleneck is expertise - the analytical talent is not in place to allow all organizations to gain anywhere near the full benefit of Big Data.

The opportunities to gain the expertise are there, though, with organizations like Statistics.com, as well as graduate programs in analytics and coding bootcamps, like Hack Reactor, which offer to turn students into data scientists. Small businesses definitely face challenges in accessing Big Data, but ways to overcome that data divide are opening up.