Exclusive - Bernard Marr Talks Analytics and its Impact on Football 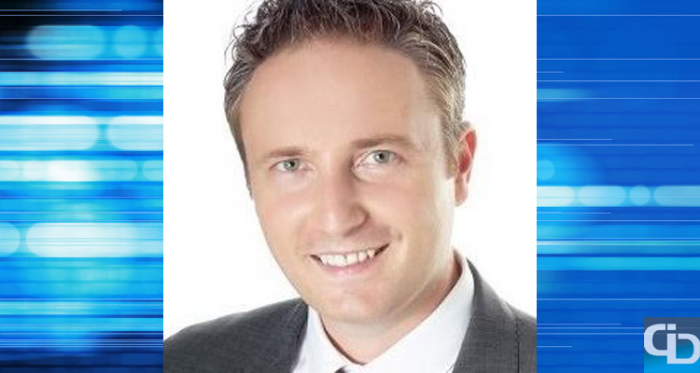 Bernard Marr founded the AP-Institute in 1991 and is based just outside London, UK; is acknowledged by LinkedIn as one of the World’s top 100 business influencers, a keynote speaker and has written multiple best-selling books on Big Data and Analytics. He’s just published a new book titled Big Data: Using SMART Big Data, Analytics and Metrics to Make Better Decisions and Improve Performance.

Bernard has advised some of the world’s best-known organizations and governments and is one of the most respected voices when it comes to data in business. icrunchdata recently caught up with Bernard to discuss the adoption of data and analytics in sports, which sports are leading the way in embracing analytics and where he sees wearable technology headed.

Bernard, thank you for taking a few minutes to answer our questions about the evolution of Sports Analytics and how you see wearable devices impacting sports.

You recently wrote an article titled How Big Data and Analytics are Changing Soccer and that all 20 Premier League football stadiums contain 8-10 cameras that digitally track players generating 1.4 million data points per game. Where do you see wearables and sports analytics going in the next few years?

I believe wearables will soon be massive in all sports. Soccer and Tennis have so far not allowed wearable devices to be used during live-matches and therefore relied on camera-based analytics, but in the training grounds wearable sensors are commonplace. I have recently worked with some of the top Premier League teams and the way they apply GPS trackers, accelerometers, heart rate monitors and other wearable sensors during training sessions is very impressive.

Some sports like Rugby have long been using sensors to track performance of players and even assess the severity of impacts and possible injury during the game. Interestingly, the international governing bodies for both soccer and tennis have recently made announcements that open the doors for wearable devices. I believe it won’t be long until we can’t ever imaging sports without wearable technology and advanced analytics.

Do you see sports analytics being embraced in England at the University level?

Yes. Maybe not with the same sophistication that goes into professional sports, but analytics solutions are getting cheaper. I believe that some of the consumer applications we are seeing based on smart phones, smart watches and wearable sensors – such as running apps, cycling apps, golfing apps, and even smart yoga mats – will develop into something that can be used in semi-professional sports environments to generate new insights from data.

What is more popular in London, Rugby or Football?

Football – or soccer as you would call it – is by far the most popular sport here. I am not the biggest football fan in the world but my 7-year-old son has just caught football fever. He has recently joined a local club and I take him to training every Friday afternoon and to a game on most Saturdays. The first thing he asked when he comes home from school is: ‘Daddy, can we go and play football?’ Most days we manage to walk down to our village green as a family to walk our dog and play with the kids.

Not really, I just enjoy watching the odd game. Actually, I recently met with analysts and managers from some of the biggest football teams in the world to discuss big data and analytics in sports, before watching England play at Wembley stadium.

Cambridge is a wonderful place that has left a life-long impression on me. I spent my time at the Judge Business School and loved every moment of it. Cambridge has so much history with all the wonderful colleges and the famous people who graduated from there – this can only inspire and humble you. It is, of course, the place where I first developed an interest in enterprise performance and business intelligence. The dissertation I wrote on evaluating and comparing the different enterprise performance management software packages was picked up by Gartner and published as one of their reports, which catapulted me into a career path that led me to where I am today.

Okay Bernard, you are a professional speaker, a best-selling author and a constant traveler but you have to give up one of these. Checking email for three days or talking for 24 hours. Which one do you give up?

Oh, that’s easy. I would be happy to stop talking for 24 hours but would struggle to go 24 minutes without checking my messages.

That’s it. Thank you for taking the time to talk to us today Bernard.

Check out the second part of our conversation with Bernard Marr where we discuss his new book, the evolution of his writing style and SMART Big Data.

Article published by icrunchdata
Want more? For Job Seekers | For Employers | For Influencers