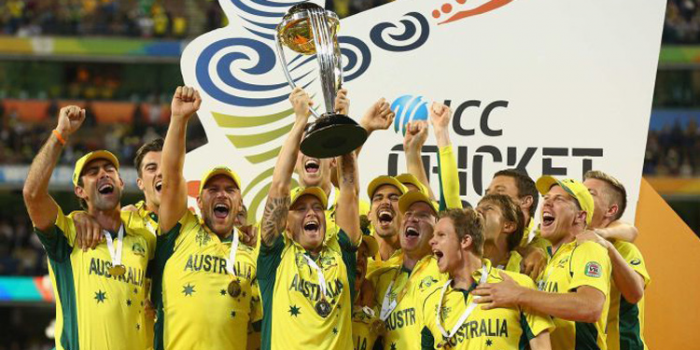 The last few weeks has seen intense excitement among cricket fans, thanks to the World Cup that has been entertaining them. As the World Cup came to a close last Sunday with Australia clinching the title, it may be a good time to see how statistics and big data analytics has impacted this sport in recent times.

The 2015 Cricket World Cup is different from that of its previous editions because of its extensive use of big data. Even before this event began, the International Cricket Council (ICC) made efforts to use real-time data to provide interesting stories for its users. The ICC also used big data to provide more insights about each player. In one such example, the ICC ranked the top 50 batsmen and bowlers based on nine different big data elements. With this ranking, cricket commentators were able to make interesting predictions before every game. Overall, such predictive analytics enhanced the viewing experience of cricket fans.

Another unique aspect of this World Cup is the enormous amount of data that was collected through different data sensors. The cricket pitches were dominated by data sensors placed at different points, and these sensors streamed loads of data during every match. Throughout the match, analysts interweaved this data with legacy statistics to give real-time insights about the game. For example, analysts were able to predict what percentage of balls bowled by a bowler were short-pitched and how many of these short-pitched balls resulted in wickets. These statistics were also presented in a visually-appealing manner for viewers. Such real-time data analytics and its presentation led to many discussions on social media and it involved millions of viewers worldwide.

From the perspective of cricket teams, big data analysis has helped them to make crucial decisions about the composition of its team with different opponents. It also helped them to plan the right batting and bowling strategy to increase their winning chances.

Going forward, big data analytics is expected to play a bigger role in cricket. The ICC has partnered with SAP HANA to mine data from different sources such as social media, sensors and past history to bring out more meaningful statistics for users. Teams too are likely to have better strategies because they can understand their opponents better.

In short, big data is all set to take on the cricketing world!