The Time to Create an Analytics Culture Is Now 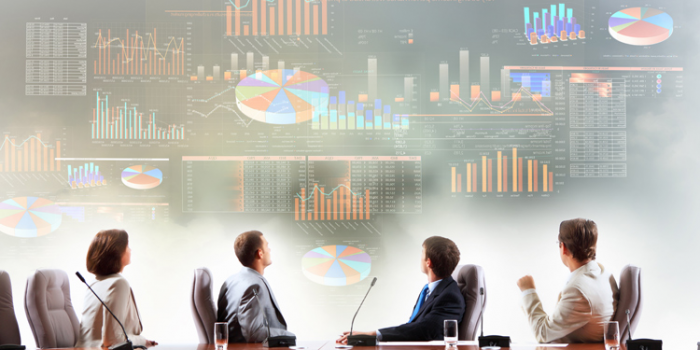 The old organizational model for decision making is broken. The jig is up. Making decisions relying on gut feeling, intuition, office politics, past experience and bias is giving way to using fact-based information and analytics. These allow for investigation, insights, foresight, and improvements.

Some readers may already be reacting to my observations and saying to themselves, “I’ve heard this exaggerated story before.” Skepticism is a healthy virtue. Skepticism involves waiting for enough evidence before accepting or believing.

My belief in the value of analytics began at an early age. Math came easily to me in grade school. I enjoyed solving story problems. I created my own dice baseball game and kept team and player statistics. I liked to measure things, including time and distance.

But my advocacy of analytics had a personal and punctuated advance early in my adult career. Following a series of job promotions in a manufacturing plant of a blue chip conglomerate, I became operations manager. The daily job of two employees was to make truck deliveries to customer facilities in the city and suburbs. I was young and suspicious that these two workers were slackers getting a full day’s pay for a half day’s work.

A heavy fist versus an open hand

I did not want to intimidate the two delivery drivers. I wanted to see if I could socially engineer their self-improvement. I began this by first having both drivers draw a map of the few dozen customer locations they routinely transported our products to. Then I asked them at the end of each workday to simply draw arrows connecting the sequence of their delivery locations. The maps initially looked like spaghetti.

Next I asked them to write out the approximate length of time associated with each arrow – how long it took between truck stops. I gave them a simple math rule that the total time for the deliveries plus their lunchtimes and breaks must exactly total their daily shift times – typically eight hours. I never asked them to work harder. I only asked them to measure the times for what they were doing. No heavy fist. Just asking for some facts.

Fast forward to results and improvement

Over the next few weeks, the two drivers grew like plants from seeds in good soil. The spaghetti-like routes became more straight and orderly. The drivers began calculating ratios of the time length per each delivery stop, plotting each time ratio on a crude second-page “distribution curve chart.” They then added explanations for the unusually high or low ratios – the outliers of the distribution curve’s tails. The drivers began thinking in terms of root-cause analysis for how to shorten the time durations (without speeding). It was a way of applying a fundamental problem-solving technique used in the quality management field.

As volume increased, the two drivers were able continue to handle the increased load during the same workday. They had improved their productivity.

Things got even better. The drivers took an interest in the operations of the plant that made the products loaded on to their trucks. Some of the root-cause problems increasing their delivery times were due to problems caused by the plant. As they learned more about the factory’s operations the drivers decided to become certified in production and inventory management with the professional society APICS. They switched to jobs as production schedulers in the factory with higher pay. They used their newly gained analytical skills to schedule parts and machine operations and to improve product manufacturing throughput rates and inventory management.

A culture for analytics and accountability

Yes, it may be a big stretch for me to conclude that current organizational models that are not fully embracing business analytics are broken. However, I learned a lesson from watching two high school graduates go from driving chaotic daily truck routes to very competently scheduling hourly production at a 500-employee factory. The lesson is to help people measure what matters. Provide a context for what constitutes improvement, whether it is time, quality, service level, customer satisfaction or cost.

Executives can formulate textbook strategies like offering highly differentiated products and services or being the lowest cost supplier. But today these are vulnerable strategies because competitors can quickly match them. My belief is the best sustainable competitive edge will come from creating a culture for analytics and accountability – from training employees to have competencies with analytics that lead to fact-based and better decisions.