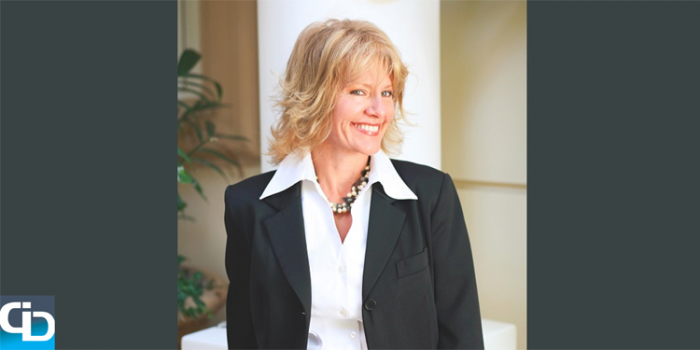 Jill Dyché is the VP of Best Practices at SAS where she directs a team focused on Big Data, data management and building an analytics culture. Her specialties are in business analytics, data governance and business intelligence and she has advised boards of directors and executives at Charles Schwab & Co., PepsiCo, Lowe’s, Verizon and Microsoft.

Jill is an internationally recognized author, speaker, business consultant, key voice in Big Data and she’s published a new book titled The New IT. icrunchdata talks to business leaders in our space to explore the Personality of Data Analytics and Jill Dyché definitely has personality.

Jill, thank you for taking the time to answer a few questions about who you are outside of data and analytics. So here we go...

You’ve lived in London, Paris, and Sydney and now live in Los Angeles. Which one was/is your favorite?

I loved all of those cities, but I consider my time in Paris to be one of the richest times of my life. Paris changed everything about me…my world view, my aesthetic. But I have to say I’m a California girl. I was born in the Bay Area but I keep coming back to L.A. I’m a weather wimp.

What other country would you like to live in someday?

I could see myself in New Zealand for sure. I love the people there. It’s the perfect combination of wild and civilized, with some breathtaking landscapes. Every time I’ve been there someone has given me some gift of wisdom.

If you were forced to have a completely different career outside of Technology, what would it be?

I’d love to be a fly-fishing river guide. I’d have to really practice my cast, but I could definitely love a day job on a river. Someplace in the Pacific Northwest, maybe close to the Willamette Valley, so that good wine would be readily-accessible.

You are really involved in rescuing dogs. In particular, you focus on dogs that are older or with special needs, and thus considered not adoptable. What’s the one pet that you are the most proud of for helping?

Hang on, let me get a tissue…

Okay, maybe the dog that really converted me from a dilettante into a full-fledged rescue warrior was a small pit bull mix named Eve. She was dumped at the shelter at 6 years old by owners “didn’t want an old dog.”  They’d had her since she was a puppy. She was so confused in her kennel, I decided I needed to help her. I visited her regularly, and posted her picture on Facebook.

But her health was rapidly deteriorating. One morning I went to see her and she could no longer walk. She was dragging herself around and crying. I gave her some hot dog pieces, and she ate them. I couldn’t let her stay there, so I marched in and adopted her.

Then I loaded her in my car and drove straight to the vet who explained that she had multiple things wrong with her, including advanced arthritis, kidney failure, and probably cancer. The vet was a kind woman who gently suggested Eve be humanely euthanized. Eve looked right at me and sent me a message that it was okay. So we gave her some water, wrapped her in a warm blanket, and let her go.

Ever since then I’ve decided I can’t let those situations continue. So I go videotape at-risk dogs at the worst high-kill shelters in L.A. And I have an awesome success rate. Every time I save a dog, I send Eve a little high-five in heaven.

You are a classic rock lover and a huge Def Leppard fan. What was your first rock concert?

I spent my teenage years going to those huge rock festivals in L.A. California Music Festival, California Jam… These were the precursors of Coachella and Bonnaroo. Stand in the hot sun for hours listening to Van Halen, Cheap Trick, Ted Nugent…you know the lineup. I’m sort of proud and ashamed of that at the same time.

If you could only listen to one band/artist for the rest of your life, who would it be?

That would be cruel.

What’s your go to karaoke song?

“Photograph” or “Bringin’ on the Heartbreak” by you-know-who.

How did you pick up fly fishing?

My good friend Scott Humphrey introduced me to fly fishing through a charity called Casting for Recovery. CFR teaches breast cancer patients and survivors how to fly fish. (Their tag line is: “To fish is to hope.”) So I learned how to fish by being a river helper for CFR. The women that run and volunteer for this organization are amazing people--and amazing casters! It’s enviable, really.

You live in Los Angeles! Where do you fish?

I typically go up to Oregon. I like the Deschutes River near a little town called Maupin. And the North Umpqua is so clean, you can sight-fish!

You released your first book, e-Data, in 2000 and just rolled out your fourth book, The New IT, in January. What was the biggest difference in your process of writing The New IT compared to e-Data?

Well, e-Data was during the dot-com bubble, and focused on the rise of e-commerce and potential for all that new data. I had to study and talk to people and research—the usual stuff writers do.

But for The New IT, I had most of it in my head and just needed to get it on paper. Once I carved out some writing space, it really all just spilled out of me. The whole book is based on what I’ve seen over my twenty-odd years as a consultant, and a prescription for how leaders can fix it.

Describe your perfect place/environment where you can focus in and write?

There’s this place in Santa Barbara called the San Ysidro Ranch. I go there every Christmas. They have these cottages right near a network of trail heads and—they take dogs! So I’d hike Ozzie every morning, order a cappuccino delivered to the cottage, and then write for a few hours before dinner. I can’t imagine how prolific I’d be if I could do THAT every day!

Do you write on a computer, tablet, phone or good ol’ pen and paper?

Laptop, baby. I actually think through my fingers. I’m a much better writer than I am a speaker. So sit me down in front of a keyboard and my fingers take off! I think I have more wisdom in my hands than I do in my head.

Do you have a fifth book planned?

I’m mulling some ideas. The comments and feedback people are sharing once they read The New IT are smart and provocative, and will probably inspire the next book.

Final question. Who are two business leaders that you would love to meet but haven’t yet?

Well, I recently met one of them! Geoffrey Moore, author of the business classic, Crossing the Chasm, penned the Foreword to my new book. I could die! Living in L.A., I see celebrities all the time, but when I had dinner with Geoffrey I got all clammy.

I’d say the other one would be Cesar Milan, aka: The Dog Whisperer. There’s something to be said for “calm, assertive energy” as a leadership mantra—regardless of who you work with!

Wow! Thanks Jill for answering our random questions. You rocked them all!