Tech Hotshots - The Rise of the Dataviz Expert - Computer World 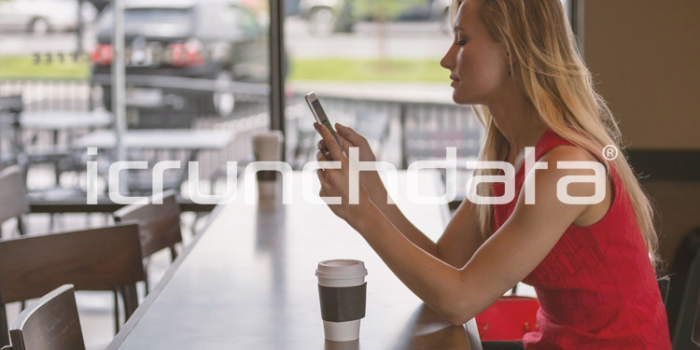 Big data doesn't work if decision-makers can't absorb what it means. Enter the data visualization expert to sort it all out.

A picture's worth a million data points. That's the mantra, anyway, in business analytics these days.

As the big data trend intensifies and analytics become more ingrained in corporations, the need for people who can present data in easily intelligible ways is rising. Last fall, Gartner predicted that there would be 4.4 million big data jobs by 2015, many requiring new, nontraditional skills like data visualization.

But what exactly is data visualization? Who exactly is doing this visualizing, and how is it different from creating a colorful graph or an interesting infographic? (For a deeper dive into those questions, see Dataviz: A brief how-to.)

Ironically, it's hard to get a clear picture of a data visualizer. The function is not yet well defined, and it's rare to see it as a job title in and of itself, IT career watchers say. Rather, it's a skill set that more and more companies are demanding as part of other roles, notably business intelligence and analytics jobs.

"Data visualization" as a requirement in job descriptions increased 12% over the past six months, according icrunchdata, a jobs board that specializes in data analytics positions. In contrast, "big data" as a requirement in job descriptions is up 63%. "Data visualization is still in its infancy but becoming more prominent as companies wrap their strategies around the extraction and usage of data," icrunchdata's team sums up.

The information technology department isn't driving this train -- at least not so far. IT has a fairly limited role in data analysis and an even lesser role in visualization, data experts say. "IT is typically responsible for much of the dashboard and business intelligence delivery today," says Gregory Lewandowski, manager of analytics at Cisco. "But we often see IT in an order-taker capacity instead of trying to understand the end game."

IT is usually focused on the technology that enables visualization but doesn't use the technology itself, explains Stephen Few, principal and founder of Perceptual Edge, a consultancy that specializes in data visualization. Few, who has a background in IT and business intelligence, founded the consultancy in 2003 after taking a workshop taught by visualization guru Edward Tufte. Tufte is renowned for developing data visualization as a discipline and wrote the definitive book on the subject in 1983, The Visual Display of Quantitative Information. Few has become well-known himself as a dataviz expert and has written several books, including Show Me the Numbers: Designing Tables and Graphs to Enlighten.

Even in IT departments that have a resident business intelligence analyst, that person is most often building production reports upon request, says Few. "But typically they don't understand the data. They don't really know how people are using the data they're putting in that report," he says.

"There's a disconnect between the people who actually work with data to make decisions and the [IT] people who supply the data they need," Few continues. "Finding people that really understand the data and understand the technologies that organization has to distribute the data -- finding those two things in a single person -- is relatively rare." (For other necessary skills, see Qualities of a good data visualizer.)

What Few and others are talking about is the more finely honed aesthetic sense that today's data visualization requires. Boris Evelson, vice president and principal analyst at Forrester Research, says there are two levels of data visualization skills emerging. One level refers to a person's ability to use the latest technology and tools to analyze and present information. Rather than using Excel or even Cognos, for example, data analysts are using Tableau or Spotfire to create more visually pleasing and more easily comprehended charts and scatter plots. (See 22 free tools for data visualization and analysis for more suggestions.)

But that's not enough in some applications. Recently a large New York City bank told Evelson it needed someone with deeper skills to visually present a sophisticated and comprehensive portfolio analysis -- analyzing thousands of clients with various types of investments and risks. Although the bank had "all the right tools and technologists," he says, it was looking for someone with a specialized understanding of how the brain reacts to and digests visual information.

"It was not about the technology of data visualization, but the psychology of visual perception," he says. The bank wanted someone who would know which types of visualization techniques work best for different types of data, as well as the limitations of certain techniques. For example, "a significant proportion [about 7%] of the population is colorblind," he notes. "So maybe they shouldn't exclusively rely on color."

The bank did end up bringing in a professional -- but as a part-time consultant rather than a full-time staffer, a trend that analysts say will likely be repeated in many companies, even as big data heats up. A third option is to outsource such data visualization projects to boutique consultancies.
Meanwhile, companies seem to be recognizing the need for data visualization training not just for their business analysts but across their organizations.

Cisco's Lewandowski took Few's course six years ago. "It really opened my eyes to the important, but subtle, things that many people miss," he says. "There are so many different things you may not notice right away but make all the difference in the world."

Like many data visualization specialists, Lewandowski circuitously gravitated into the field. He started in sales and business development at Cisco 14 years ago. Then he moved into a role of managing channel partner relationships, where he started using BI applications. He gradually expanded his expertise in BI and data analysis, and now heads a three-person team within Cisco Global Business Operations that is responsible for delivering business intelligence throughout the company. He describes the unit as a hybrid business and IT organization, although he doesn't consider data visualization to be an IT function.

Lewandowski's team spends much of its time on data visualization, both on specific visualizations of Cisco data and on promoting best practices throughout the company. The team is hoping that "a bit more education could get rid of the flaming, spinning 3D pie charts of the world," he says. "At end of the day, everybody has a responsibility to try and communicate better."

For data visualization professionals, however, the end goal is not necessarily to present data that answers specific questions, Lewandowski notes. "Part of it is about allowing our leaders to be able to articulate questions that they never had before because they are seeing things in a way that they've never seen them before," he explains. "If we're successful, people can see the threads in a way that allows them to ask better questions, which leads to better strategy and ultimately to a better company."

Good data visualization has proven to have real bottom-line business benefits at Cisco, says Lewandowski. He developed a graphic called "Lewandowski's pyramid," for example, which "has led to changes in global strategy." It's so strategically important, in fact, that he won't give much detail. "It's basically a segmentation, or stratification, model, where we count something, for example, number of orders or number of customers, and then segment it into different layers."

Over time, the model enables managers to track changes (in what, he wouldn't say) and identify the factors behind those changes to be better positioned to make a course correction or take advantage of an emerging market, for example. "We are depicting this in a way they've never seen before, a way that makes it very clear as to the types of questions internal stakeholders need to be asking," Lewandowski says.

Dana Zuber, an analytics manager in the enterprise data and analytics team at Wells Fargo, says she wasn't familiar with data visualization until she joined the bank six years ago, even though she had been analyzing data in a variety of jobs over the course of her 12-year career. The bank sent her through an internal training program on data visualization as well as to some outside seminars, including one by Tufte. "Before that, I didn't understand that there was a discipline around data visualization," she says.

The bank's executives obviously feel that data visualization has become a critical skill, and not just for data analysts. The internal course is available to anyone in the company, Zuber says. "As more people have taken the course, [interest in data visualization] has just spread throughout the organization," she says. "More people are seeing the value of it and understanding how it can help their job."

That's the kind of progress that Few would like to see more of. Although big data has focused attention on data visualization, it's a skill that's been sorely needed in corporations for a long time, he says. And even as companies start to recognize its importance, many of them are focusing on the wrong things. In job descriptions, for example, they are asking for technical skills, like how to do a chart in Cognos, rather than graphic design expertise.

"The kind of skills they are looking for aren't necessarily the skills they need," he says. Without an understanding of the subtler aspects, including how the human brain perceives color and shape, "you end up getting these really flashy data visualizations -- with all these colors and things spinning and flying and so forth," he explains. "It's just eye candy, and the story you're trying to tell with the data is lost behind the effects."